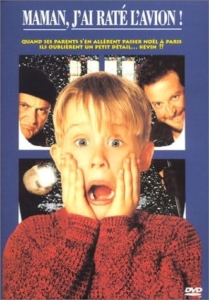 Have you found yourself searching for a film on Netflix that doesn’t seem to be there? Even after you’ve translated the title to French?

Well maybe you’re searching for the wrong title. Netflix seems to enjoy translating French named titles directly back in to English. As if it wasn’t difficult enough finding a film to watch already…

Or have you been watching so much Netflix lately that you have nothing left to watch. No series left to binge watch? No more films for a cozy lock down night in when the Tramontane is blowing a hoolie?

Fear not – there IS a way to fix both of these issues by watching Netflix in another country (and don’t worry, there are no planes involved). Let me introduce you to VPN. Don’t panic it’s totally legal and it has nothing to do with the dark web… Not in this context anyway.

A Virtual Private Network creates a secure connection between your PC and the web. When connected via a VPN the data sent between your PC is encrypted in a virtual tunnel. It means you’ll be anonymous, your IP address and location is not visible like it is on a normal connection. You’re free to use services that your physical location wouldn’t normally allow, accessing websites that are blocked in some countries. It also means you’ll be safer as hackers and other online nasties will find it more difficult to attack your device.

What VPN should I get?

There are sooooo many VPN’s to choose from it would take us way too long to write a list of all of them. But we can highly recommend the tried and tested Nord VPN, they even have a deal if you buy via our link below.

If you purchase via this link, P-O Life gets a small commission which helps us to keep producing our great little mag!