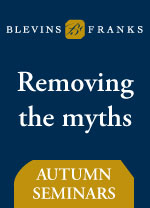 Under UK law you are generally free to leave your assets to whomever you wish when you die. French succession law is very different in that children are ‘protected’ heirs and may inherit up to 75% of your estate – spouses are not protected.

French law itself remains unchanged, but new EU wide regulations to apply from next year will give expatriates the right to opt for the succession law of their country of nationality to apply on their death.

The EU’s “Brussels IV” regulations address the diversity within the EU of the laws applying to succession issues and aim to simplify the rules and procedures related to cross-border inheritance. They apply from 17th August 2015.

The tax position should be therefore be carefully considered in deciding which law applies. You would need specialist advice on how to lower the tax burden for your heirs, so that they receive most of the inheritance you have planned for them, rather than a large part going to the taxman.

Succession tax and law are one of the topics covered at the Blevins Franks “Removing the Myths” September seminars. Other topics are the French legal and fiscal changes; capital gains tax on property and investments, and the UK pension reforms and how they affect you.

Click here to reserve your place online, or call 05 62 30 51 40 or email toulouse@blevinsfranks.com

Summarised tax information is based upon our understanding of current laws and practices which may change. Individuals should take personalised advice.

Blevins Franks Financial Management Limited is authorised and regulated by the Financial Conduct Authority in the UK, reference number 179731. Where advice is provided overseas, via the Insurance Mediation Directive from Malta, the regulatory system differs in some respects from that of the UK. Blevins Franks Tax Limited provides taxation advice; its advisers are fully qualified tax specialists.