Although its origins are a little hazy, many believe that the tradition of April Fool’s Day was actually born in France in the 16th century. 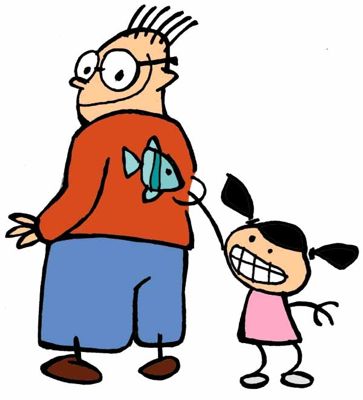 In 1562, Pope Gregory changed the calendar from the Julian calendar, on which New Year started on April 1st, to the present day Gregorian calendar. With no trains, planes, phones, emails or Ipads and somewhat unreliable info passing services, news took a while to get around the Hexagon in those days.

When King Charles IX toured his realm, he discovered that the date of New Year celebrations varied depending on the department.

In 1564, he signed the ‘Edict of Roussillon’, attempting to make the dates of the New Year clear by declaring January 1st as the official first day of the year throughout France.

As we know, the French don’t take kindly to being told what to do, and many continued to celebrate New Year on the 1st April. Those who had adapted to the new order called the others Poisson d’Avril (April fish) and played tricks on them.

Today in France, those who are fooled on April 1 are called the “Poisson d’Avril”.  Children (and silly adults) place a paper fish on the back of an unsuspecting person and shout ‘poisson d’Avril’ when the paper fish is discovered.

Why? Maybe something to do with the zodiac sign of Pisces (a fish), which falls near April, or maybe ,  because April fish are young and  easily caught? Nobody is absolutely sure.