Wagner’s only comic opera where no one dies, no gods nor demons, no magic devices is great fun. The gentle humoured plot is easy to follow and it’s smiles all round as the curtain comes down. It is possible to find versions with English sub titles however once you tune your Anglo-Saxon ears and have the libretto beside you, its quite easy to follow the plot. A shoe is just a schuh after all.

Horror movies leave me cold. Dull, boring and repetitive. I rarely linger long enough to read the title. However in 1979 Werner Herzog teamed up with Klaus Kinski to produce Nosferatu the Vampyre. His version sees the count invite a keen young real estate agent to come and give him an obligation free appraisal which made me chuckle. It’s nicely paced, has the usual young diaphanous clad lass. Klaus as the count is very watchable, hams it up a treat and  sinks his teeth into the role so to speak.

The wines produced around Cahors from the Malbec grape are robust inky black and tannic.  The grape which has always been grown at a modest altitude has become something of a global superstar after pioneering Argentineans took it to great heights literally, they planted it in valleys halfway up the Andres.

For those not quite ready for a 100% deep crimson tannic blockbuster look for one blended with Merlot next time you’re in Cahors and fancy a thick rare steak.

Confinement is the perfect time to lean new skills. Perhaps a piano or fancy taking up the flute? A new tongue or perhaps open up a few recipe books gathering dust in the bookshelf? This week for me it was plumbing skills.

We woke Sunday morning to a biblical flood in the kitchen, the entire contents of the overnight dishwasher lapped wall to wall. A thin milky white fluid with an attractive slightly oily sheen with  unidentifiable flotsam bobbing about. Monet would have painted it, we just mopped it up before departing for the market while it dried.

The drain for the sink was blocked, not restricted, it was totalled blocked. Starting at the start I tried various chemical, drain cleaner, acid, detergents and caustic soda and discovered why there are warning labels.

Proving ineffective, once recovered and the kitchen aired I tackled the sink drain which took and hour and a trip to the hardware store to resolve. Once the new drain and it’s macguffins were installed it was time to dismantle and remove a jigsaw of pipes obviously constructed by a deranged Escher fan seeking the blockage.

However it was not to be found. Next up was the purchase of a long thin flexible cleaning rod but of course there were no access ports so holes had to be drilled in the pipes, in the elbows, in the dark under the sink trying to avoid breathing a stygian atmosphere of chlorine gas, acetone and caustic fumes.

Eventually after inserting and manipulating the cleaning rod’s  entire  six meters I struck not exactly oil. I had reached a nasty black primordial sludge that no doubt teamed with new life completely unknown to science.

Adding the last of the caustic soda, then clearing fluid and then hydrochloric acid and vigorously manipulating the rod, the waters eventually ran free. The sole task remaining was to plug the small holes I had drilled to get the rod in, thankfully I found a cork lodged in the top of a fine bottle of red.

Once removed and trimmed to size the cork proved the perfect solution, as did the  wine, which was put aside to be consumed in moderation once I had showered, scrubbed and deep cleaned myself.

First phone call after confinement will be to contact a plumber to come and repair my repair. 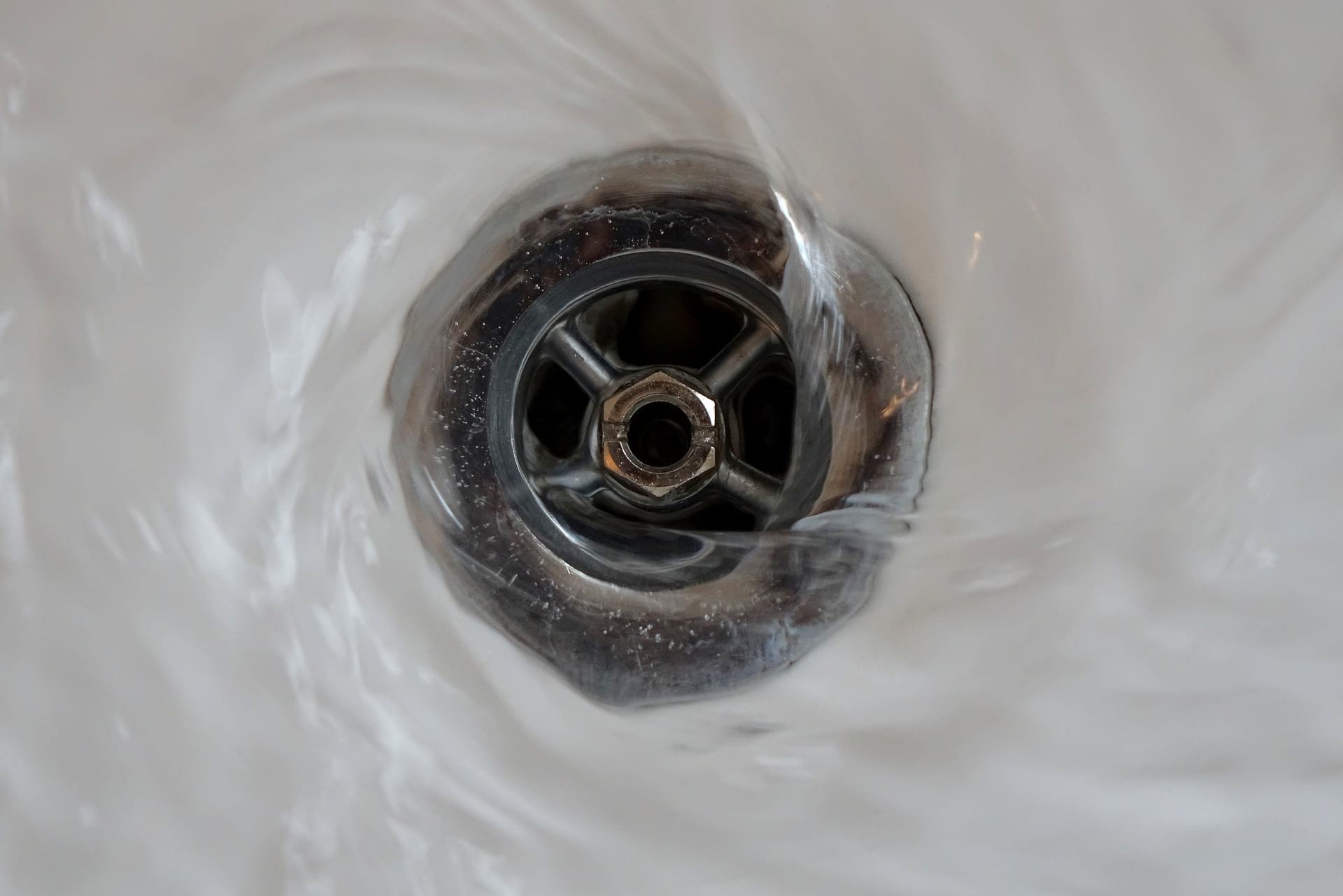