PROCESSION OF THE SANCH 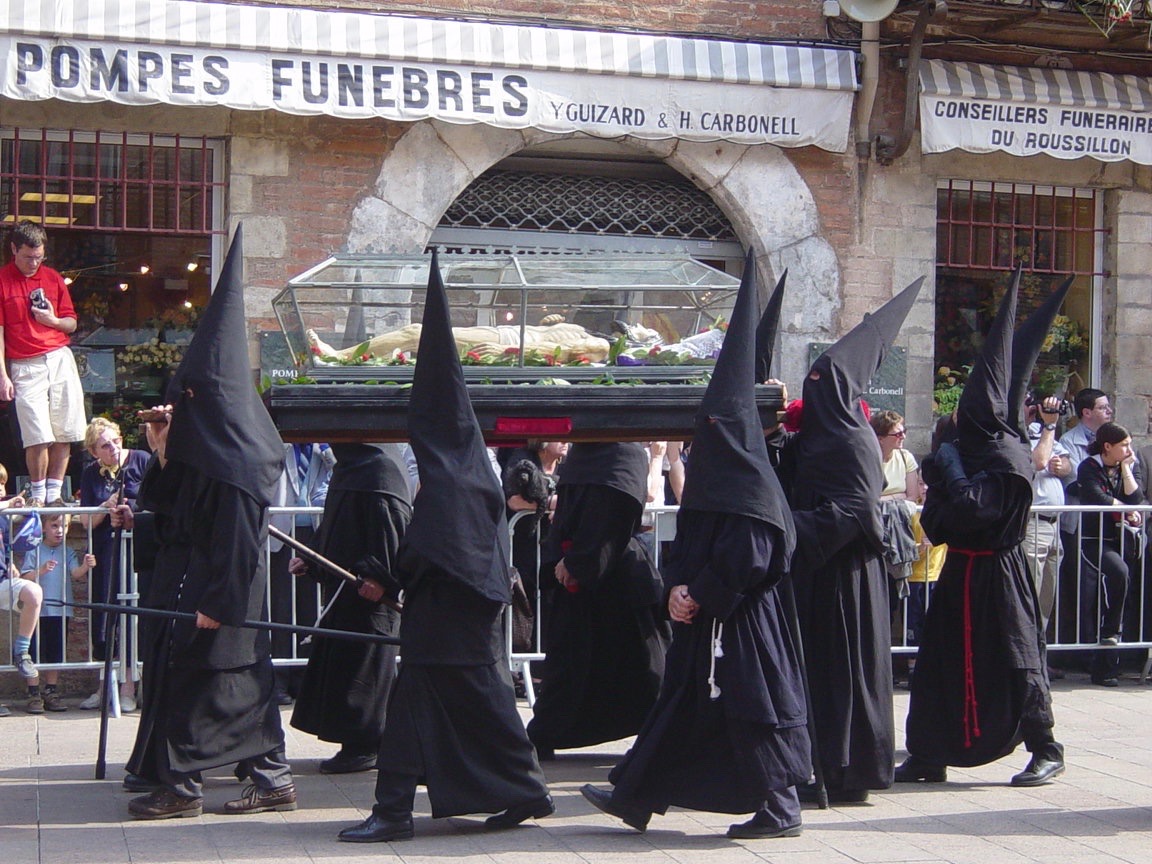 Impressive, atmospheric, just a little frightening, the long black and red hooded and robed figures of the Procession de la Sanch march slowly through the streets of Perpignan to the solemn beat of black veiled tambourines 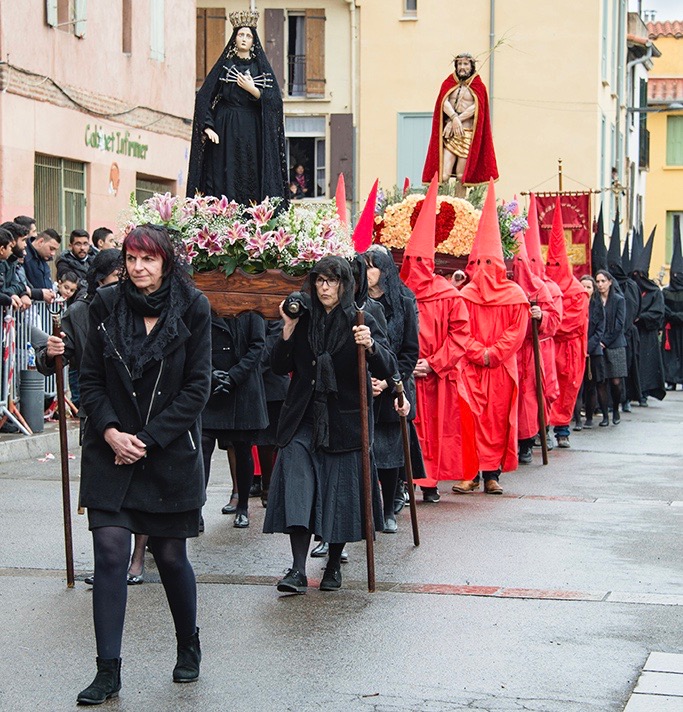 The Procession de la Sanch takes place during the celebration of “Semaine Sainte” (the Easter Holy week). The brotherhood of “La Sanch” (the blood) was founded in 1416 by Vincent Ferrier at the church of St Jaques in Perpignan, its origin to assist and accompany the condemned to their execution.

Ferrier is said to have undergone a life changing experience in 1398 when he nearly died of the fever, but was miraculously cured after Christ appeared to him in an apparition.

He consequently dedicated his life to being a preacher, attracting followers, penitents, from all walks of life. He led his flock around Europe, preaching penance and helping sinners to prepare for judgment and punishment.

The wearing of the black and red hooded robes (orcaparutxe) was to prevent criminals being recognized and ‘lynched’ in the streets as pay back for crimes committed. Prisoners, penitents, (there to give solace to the person about to die), and executioner were all hooded for maximum confusion.

The procession as a whole commemorates the Passion and the Agony of Christ.

At the head of the parade walks a red robed figure, “le regidor”, warning the crowds of the procession’s approach by intermittently ringing an iron bell as he leads the penitents to the gallows. They carry ‘misteris’ (full-size representations of the different scenes of the Passion) through the streets of Perpignan.

Of course, over the years the Sanch has become a great crowd puller and a fabulous photo opportunity but for the ‘penitents’ carrying crosses, crucifixes and religious statues weighing up to thirty to fifty kilos, this re- enactment of Christ’s Passion is real enough.

The procession takes place in silence – some walk bare-foot, others are on their knees…… only the sound of the tambourine, and the occasional peal of the bell breaks the eerie atmosphere, along with the Goigs, the traditional Easter songs, which accompany the march.

Over the centuries the Sanch has been forbidden several times but it has always been resurrected.