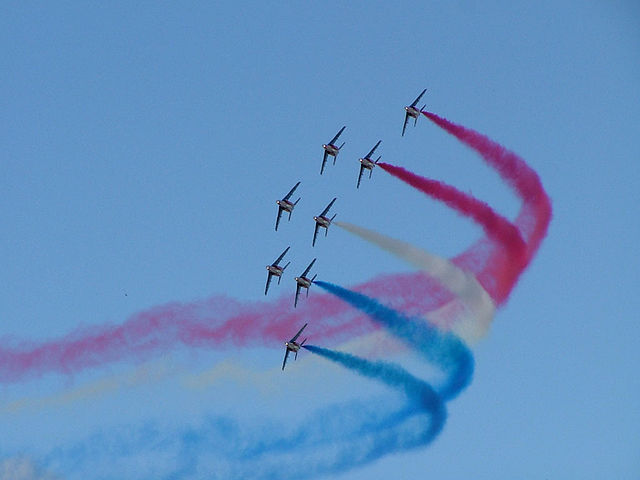 The French Aerobatics Display over the port of Saint Cyp (Red Arrows style) is a yearly event, guaranteed to leave you with a crick in your neck.

2019 is the 10th anniversary of the Patrouille de France and once again they will meet up in the skies for a fabulous demonstration and exhibition of their skills in bleu, blanc and rouge. 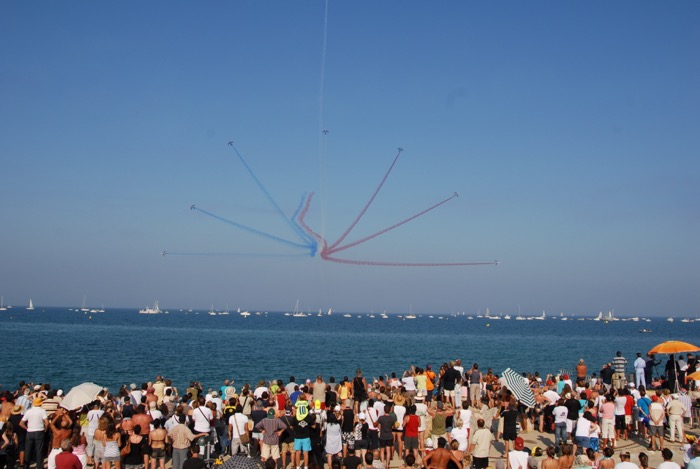 In this spectaclar show that lasts more than two hours, the precision aerobatic demonstration team of the French Air Force performs formation flying of the highest class. Joining the Patrouille will be the Marine Nationale with the Falcon 50 and their helicopter.

Included in the display will be close formation flying, opposition passes, solo routines and synchronised manoeuvres.

The Patrouille de France is the oldest and one of the best display teams in the world. The French team’s history stretches all the way back to 1931 but it was not until 1953 that the name “Patrouille de France” was presented as the official name.

In 2009,  Commandant Virginie Guyot was appointed leader, becoming the first woman in history to lead a demonstration team. She no longer holds the position, as no one can serve as leader for more than a year, but she still set a world record!

Starting at 15h, with viewing from the beach, the area gets busy well before! Go very early if you want a parking spot and be prepared to queue to get in and out of Saint Cyprien.