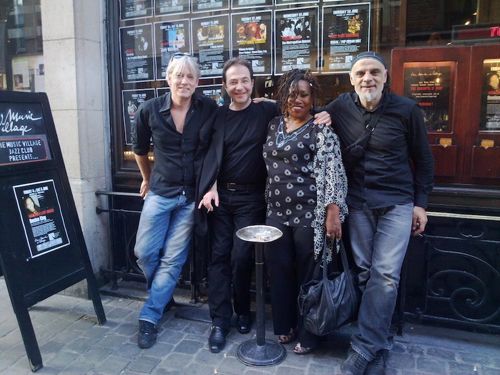 A native of Philadelphia, Denise King is considered one of the great voices of the current scene.

Passionate singer, her influences are many: gospel, blues and the great tradition of jazz standards. Over the years, she has performed alongside musicians who are part of the new guard of American jazzmen such as Cecil Mc Bee, Christian McBride, Uri Caine, Orrin Evans, Lonnie Plaxico, Derrick Hodge and Justin Faulkner. She also sang along with international pop legend Billy Paul, Celine Dion, Bunny Siegler.

For those who do not yet know her, it will undoubtedly be a revelation!

Pianist, arranger and musical director, he has accompanied Henri Salvador , Yves Montand, Charles Aznavour amongst other. He now accompanies Denise King for this European tour.