Théâtre de l’Etang – our Theatre by the Lake 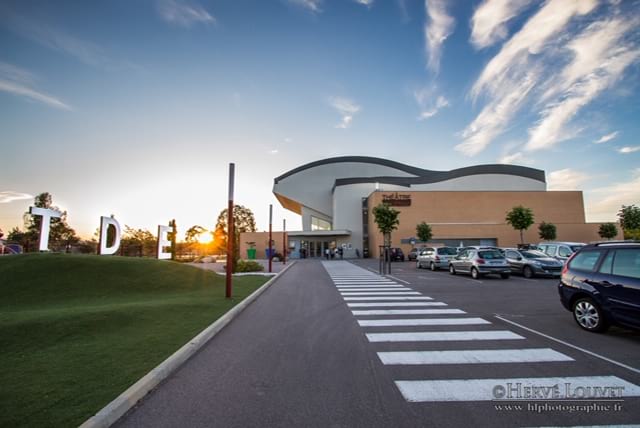 Have you been to the Théâtre de l’Etang in Saint Estève? If you haven’t, you’re missing out on some great entertainment at prices that make regular theatre-going easy.

Named after the lake on which it stands, the purpose-built Théâtre de l’Etang has plenty of parking space, access for the disabled and offers high quality music, dance, theatre, comedy and culture. Get there early and take a flat and easy stroll around the lake before the show.

Tickets to many of the shows are as little as 5€ so really you can treat yourself as often as you like!

Oscar Straus was born in Vienna in 1870 and became “the king of the waltz” in the 20th century. As early as 1907, with his operetta “Rêve de Valse” (Dream of Waltz), he achieved considerable success throughout the world. This 3-hour operetta lives up to the promise of the title. From beginning to end, the waltz dominates: that of the dream of love.

For the sixth consecutive year, the election Mister France Roussillon is back, with qualifiers going through to the Mister France election which will take place in La Grande Motte on Saturday 13th February (lucky for some) at the Pasino.

In 2016, Cyril TRICOT presented “Entre Ciel & Mer”, a film composed of images of the Pyrénées-Orientales seen from the sky and under water. Now, he gives us with this new production, a film on “Natural Grandeur of the Catalan Country”; a play on the light, colours, places and symbols that make up our department’s cultural and ecological heritage.

This series of the Toiles film festival celebrated Russian cinema. Again, all films are screened in the original language with French subtitles.

Tosca, without a doubt the most popular opera by Puccini, is set in Rome, in fascist Italy between the two wars, when the painter Mario Cavaradossi comes to the aid of a fleeing political prisoner, Angelotti. Actively sought by Scarpia, the fearsome police chief, Cavaradossi’s generous gesture will have terrible consequences given that Scarpia has been coveting the painter’s mistress, the beautiful singer Floria Tosca, for a long time.