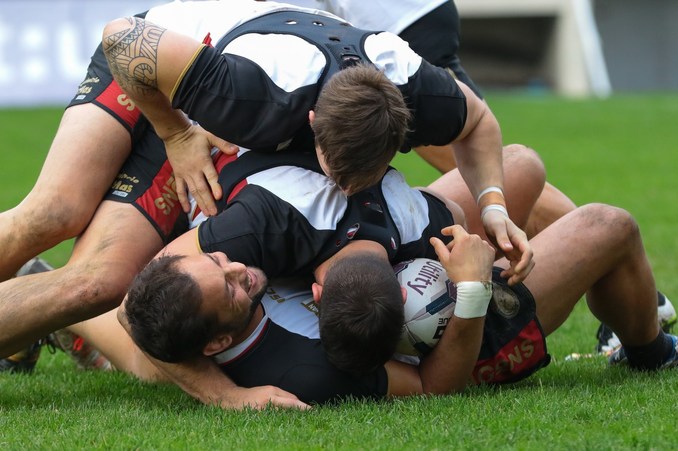 Knowing almost nothing about rugby I did the sensible thing before going along to see my first Catalan Dragons’ match by asking a friend who did. “Oh,” said he straight off, “The Dragons? That’s girls’ rugby.”

Right, thanks. I knew he meant it ironically but there was more than a hint of a put-down there – the kind some people can’t help slipping in when you’ve asked about an activity not in their preferred form.

Like another friend I asked who told me, “You see, the Dragons are League, not Union. The games are completely different.”

I should have retorted, “I don’t care. I simply want to try something new. And are they really so completely different? 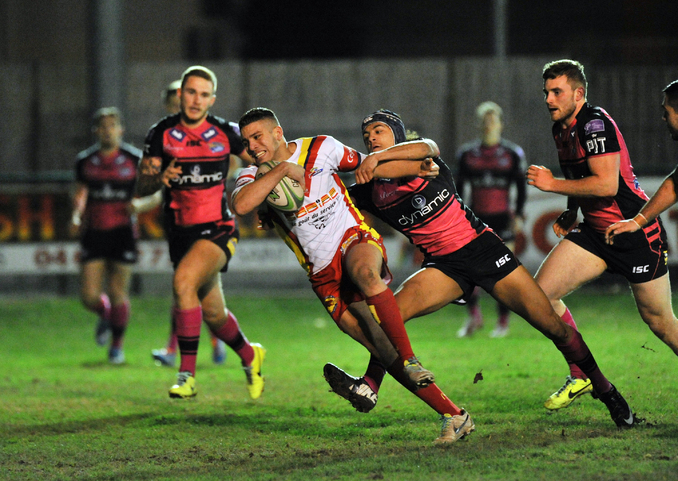 It’s not like the difference between water-skiing and Morris dancing, or table tennis and hang-gliding where the consequences of confusion could at best be embarrassing, at worst fatal.

As far as I can see the Dragons’ version of rugby still involves a dozen-plus players transporting an oval ball to one end of a field whilst the opposing team, similarly motivated though in the opposite direction, try to stop them. Or have I missed something?”

But of course I said nothing of the sort. I listened patiently about schisms, codes, rucks and mauls, nodding every now and then as if I knew what any of that meant.

I cut short our conversation thanking him profusely and then turned to the Internet. In the blink of a Google I found the BBC Sport’s “The Basics of Rugby League,” a step by step guide that assumes no prior knowledge. 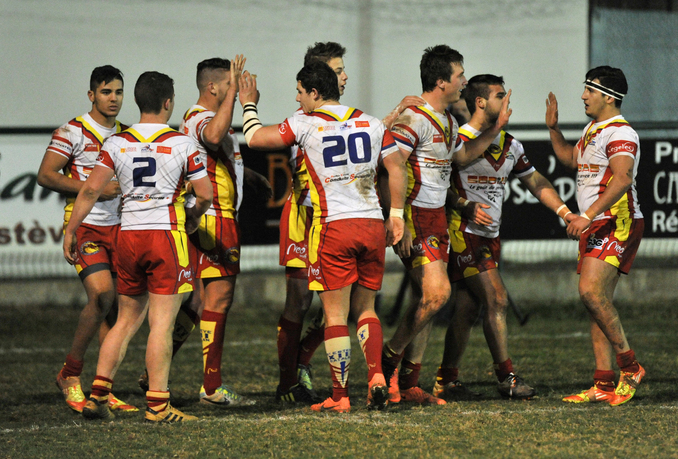 If you are a complete rugby virgin like me then I cannot recommend this site highly enough. It even starts with the priceless line, “The aim of the game is to score more points than the other side.” Now that’s my kind of explanation.

So, with a tenuous grasp of the basic rules and the scoring system, I went along with a couple of (similarly first-time) friends to the Stade Gilbert Brutus in Perpignan to see the Dragons’ return match against the Leeds Rhinos. Did I enjoy it? You bet. Did it matter that I didn’t know enough about the rules? Not a bit. 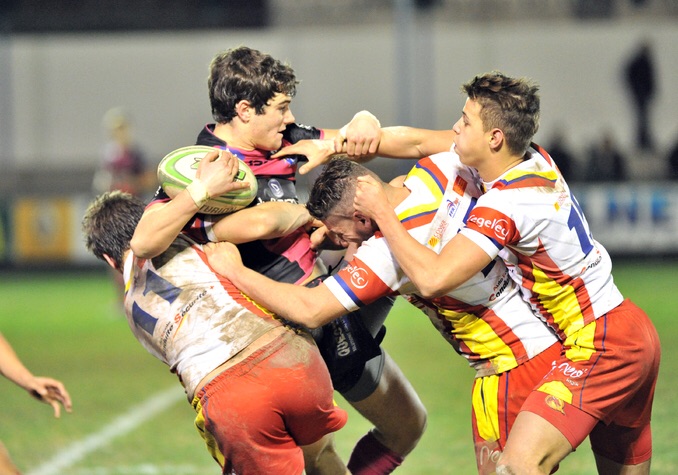 For starters, the atmosphere was brilliant. Packed stadium, a friendly, expectant buzz and nary a hint of boorish behaviour from start to finish. Fans were aged by my rough estimation to be between 2 and 82, and I’d say there was a 70% male 30% female make-up to the crowd.

And near to us I even spotted (keep in mind we were standing in the terraces having booked too late for seats) a young couple holding a babe in arms. Pounding rock music preceded the introduction of the teams (Queen’s “We Will Rock You” – cheesy maybe, but spot-on for the occasion) with star-spangled cheer-leaders strutting their stuff all around the stadium. 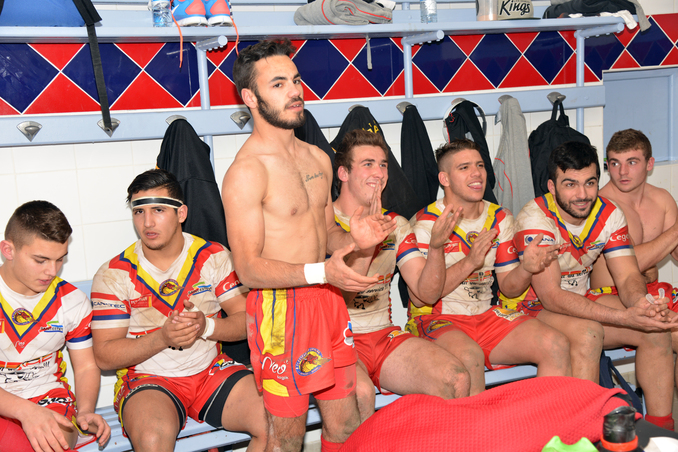 One advantage of the terrace is that even though safely ensconced behind a barrier, you’re practically on the touchline so when the action does comes your way it’s extremely up close and personal. The pace was fast and furious throughout with plenty of crunch moments that left you wondering how on earth the human frame can survive the full-on impact of 110 kilos of muscle, bone and for all I know, granite.

A novelty for us first-timers was the funky-coloured, electric “Tonka” model car that appears regularly on the scene, buzzing along at breakneck speed to deliver the “teeing-up” thingy used for the goal kick. I’ve just checked and apparently it’s called, um ….. a tee.

The Dragons beat the Rhinos in convincing style by 38 points to 18 and the genial crowd, winners and losers alike, dispersed as amicably as they arrived.

To be even-handed about the ambience of the match I should add that there were some isolated incidents on the pitch that sparked bouts of jeering. However it seemed to me all in good heart, a ritual, much as an audience might boo and hiss a pantomime villain – in fact I was almost tempted to shout out “He’s behind you!”

Reflecting the experience on our way home I felt that despite knowing probably less than a quarter of what’s necessary to fully appreciate the game I still came away with a sense of having had a great afternoon’s entertainment – and at 17 Euros, pretty good value too. If you fancy giving it a go, check out the website below for details of their next home game. Old hands and rugby virgins alike will all be welcomed.

www.catalandragons.com – for fixtures and video clips to sample match highlights.

www.bbc.co.uk/sport  – go to Rugby League and you’ll find The Basics under Laws and Equipment.