With restrictions easing and people starting to tentatively hope of getting out and about this summer, we’ve good news to report from BlaBlaCar, the car-pooling group that have branched out into coach transport (Blablabus) too.

The company had interrupted all of their coach travel back in November, following lockdown restrictions but from the 12th May have not only been back in operation, but running no less than 9 new routes!

Dropping the BlaBlaBus name in favour of the original BlaBlaCar brand (car in French does in fact mean coach), the company are promising 100 destinations in France in the lead up to summer, with more being added in July and August.

Perpignan is the only P-O stop for now, but from there, passengers can directly access:

… and from these major cities, the connections are endless!

With tickets from as little as 6,99€ and refunds available up to 30 minutes before departure, there’s never been a better way of (re)discovering why Anglophones love the bleu-blanc-rouge.

Book your next trip today! 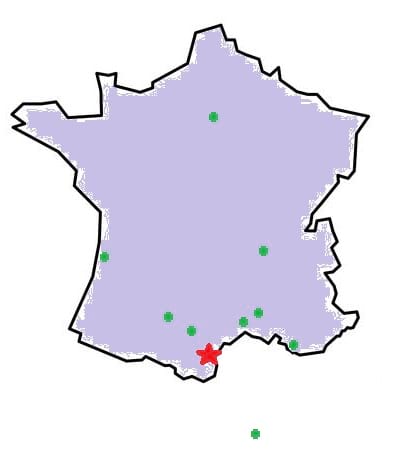