Blackbirds Baked in a Pie

Take two dollops of Peter Mayle, add a generous measure of Julia Child, drizzle with red wine then simmer slowly under sunny skies for seven years. The utterly charming result will be Eugene Barter and her tales of running a guesthouse in the Pyrenees-Orientales.

Throwing caution to the wind, Eugene Barter, or Gene, as she is known to her friends, leaves the comfort – and boredom – of retirement in Wales, buys a rambling house with uninterrupted views of Mount Canigou, and turns it into an auberge called Rozinante, after Don Quixote’s mule. “The exploits of Don Quixote, the elderly Spanish knight who set off late in life for new adventures, sparked a reciprocal feeling, so that to me it did not seem at all strange at the age of sixty to find a house to use as an auberge and prepare to tilt at whatever obstacles came our way,” muses Gene.

And there were obstacles a-plenty: an eccentric water pump, a drainpipe-climbing guest, forest fires licking up the slopes towards Rozinante, and language challenges such as the time she asked a neighbour, “Comment vont vos boules?” and was kindly advised, “Madame, never ask a Frenchman how his balls are, you might find it… inconvenient.”

Blackbirds Baked in a Pie is Eugene Barter’s thoroughly entertaining account of rural life in the P.0. Bursting with cheeky humour and wry observations, it’s a series of spirited tales that will leave you longing to share un verre with this charming raconteuse.

Excerpt from Blackbirds Baked in a Pie 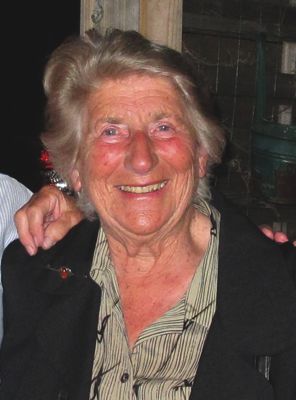 Our next clients proved to be rather an odd couple, who arrived late one evening, hot and tired, having already climbed Canigou. With very few words they retired to bed, having asked for breakfast to be served at seven the following morning.

I set the alarm for six-thirty and dropped into deep and dreamless sleep, only to be shaken awake by my sister, who had witnessed our guest’s car creeping down the drive as silently as possible.

‘The silver!’ I said, and we both galloped down the stairs to check the one or two family heirlooms on the dining room sideboard, to find to our relief that all seemed present and correct.

What else could they have stolen? – For thieves we decided they must be, since people would never leave in that fashion without having committed some indiscretion or other. A quick canter down the passageway and we burst into the bedroom to check the linen and towels, and found, to our great surprise, the wife sitting up in bed clutching the curlers in her hair, and looking very apprehensive at our sudden entry. The husband’s bed was, of course, empty.

‘Your husband, Madame?’ I asked. “How has he left the house with all the doors locked?”

Sheepishly she explained that her man was an insomniac and frequently felt the need to either walk somewhere at night or simply drive the car around for an hour or two. As to how he had left the house, he had climbed down the drainpipe outside the bedroom window!

I muttered something about not being insured for drainpipe climbing and returned to my room. They left quickly after breakfast and I often wonder what part of France he is driving around in the middle of the night, and how many miles of drainpipe he has climbed over the years.

The second half of Blackbirds Baked in a Pie is full of recipes straight from the Gene’s kitchen at Rozinante – a delicious mixture of English, Catalan and French creations. Gene was far too busy sharing a glass of wine with guests to have time for fussy meals, so the recipes are easy-to-follow, with an emphasis on stews, casseroles, pies, sauces, and cakes, and camouflage for leftovers.

She has shared one of her recipes with P-O Life: