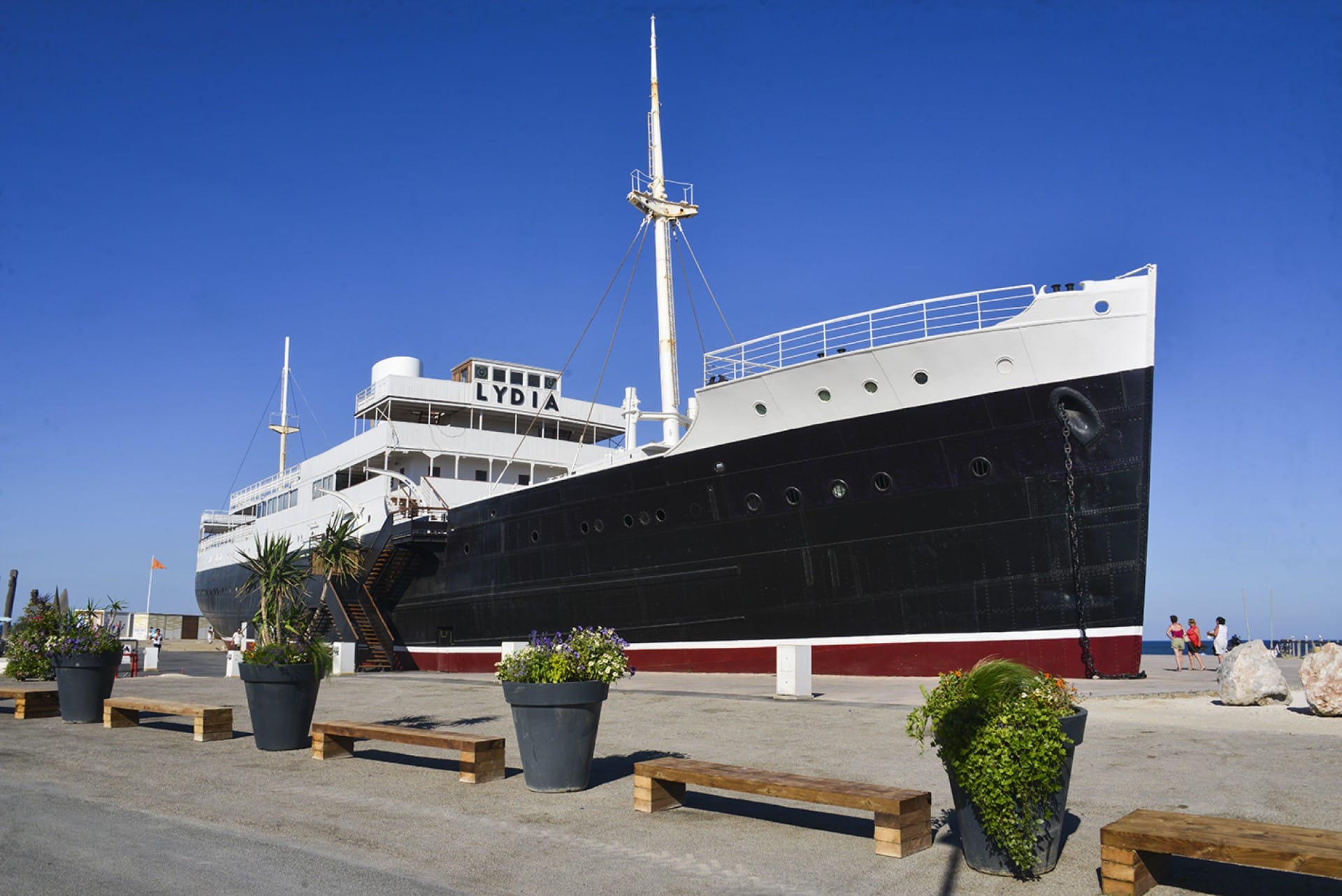 The ‘setting alight’ of the Lydia

Come and celebrate the 50th birthday of this middle aged lady with son et lumières and fireworks as the ‘Eiffel Tower’ of Port Barcarès is set alight in style! 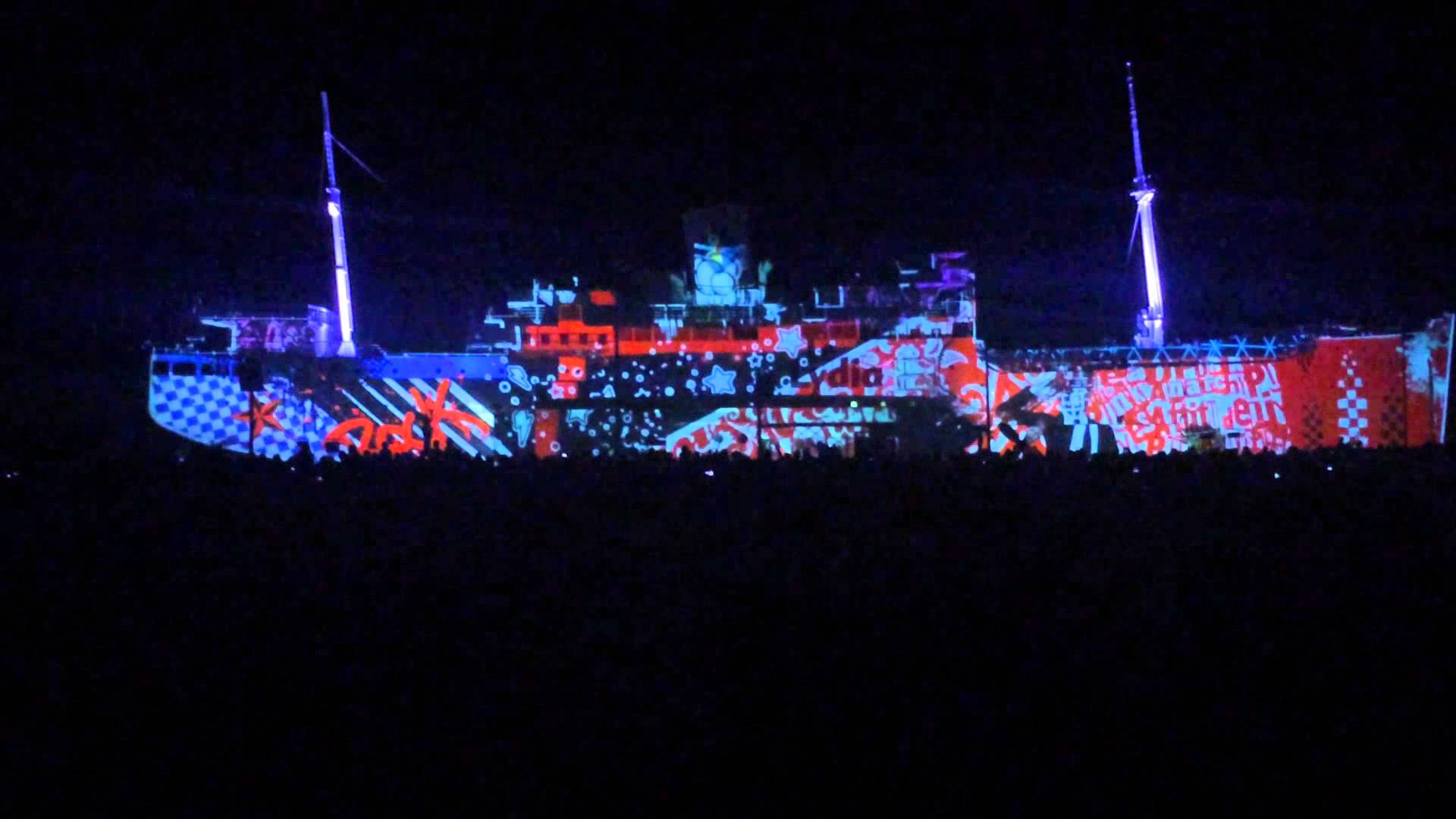 This 1931-built 100 metre Steamship is beached in the sands of Le Barcares, serving as part of the resort, with spa, nightclub, bars, restaurants etc since June 1967.

She was originally Adelaide Steamship Company’s MOONTA for Australian coastal service, with accommodation for 140 berthed passengers. MOONTA’s weekly Adelaide-based itinerary served Port Lincoln, Port Germein, Port Pine, Port Augusta, and Port Hughes. She remained in this service throughout the war, until being withdrawn in 1955.

She was later sold to Hellenic Mediterranean Lines and renamed LYDIA for Marseilles to Egypt via Italy and Greece service. The 298 by 44 foot, 2,696 gt liner was refitted at Piraeus to carry 460 passengers in cabins, dormitories, and on deck. In 1966, she was laid up at Piraeus, and the following year, sold to theSociété d’Economie Mixte d’Ectudes et d’Amenagement des Pyrenees Orientales. After her engines and screw were removed at Marseilles, LYDIA was towed to Le Barcares. A special basin was cut into the sands were the ship was berthed, then filled in, making her a permanent fixture at the Mediterranean resort.

She is now part of a leisure complex that boasts a casino, restaurants, bars, disco, laser shows, a pool with waterslide, and exhibitions.

Date:
6th August 2017
Event Categories:
A Bit of Everything, Music and Dance, Other stuff!