WALK THE REGION WITH MIKE RHODES

Pic Carlit at 2921m is the highest peak in the eastern Pyrenees and with such status comes huge popularity. 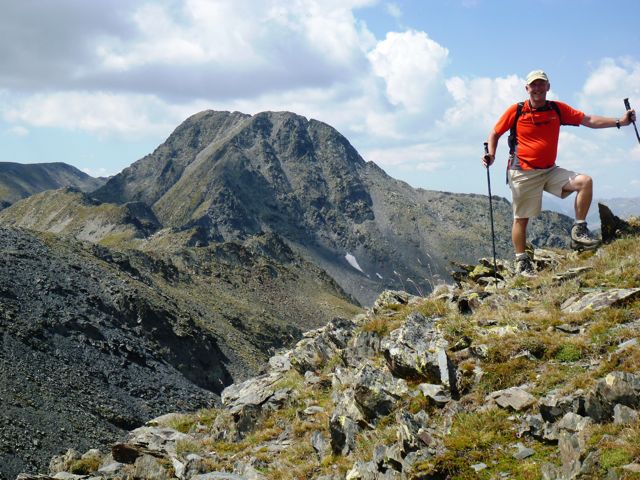 On any given day from spring to autumn, the ‘via normal’ is trodden by dozens of hikers who litter this splendid summit like ants when viewed from afar.

My favourite route involves a little more effort but gives far more satisfaction and nearly always guarantees that you will be alone until you arrive at the top.

It is no more technical than the normal route but crosses some spectacular terrain and is best done with good weather both for the views and ease of navigation.

This is a great walk for lovers of alpine flowers as well as Marmots, Izard, Mouflon, Ptarmigan, Griffin Vultures and Golden Eagles.

From the Bones Hores hotel take the broad but rocky, way-marked path climbing westward into a shallow valley.

Take care to follow the way marks as the popularity of this route ensures that there are many false trails leading through the trees. 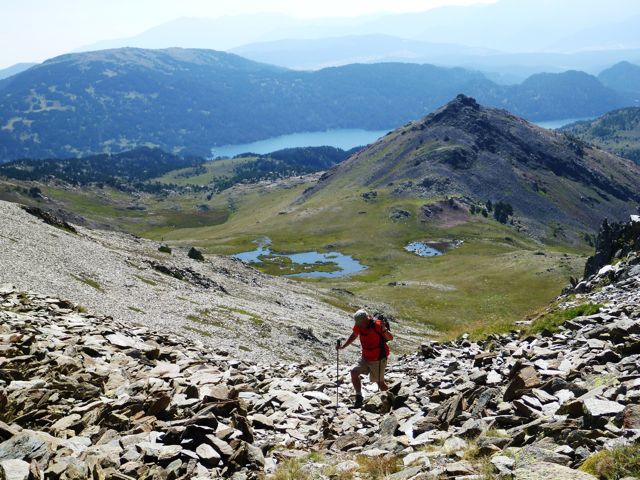 From the SE corner of the lake, cross the stream by a small bridge and follow a small track that heads N, climbing up to Estany de Castella.

Major paths and way marks now disappear as we contour around the E side of the lake and climb the steep hillside to the N, passing spot height 2381m on the RH side and then turning NW into a shallow rocky valley.

Bizarrely a small path climbs up the steep, loose slope and into a second valley, which is followed to the W to a small rocky knoll with stunning views to the S.

Ahead, to the NW is a broad ridge leading to a summit at 2790m. Follow the ridge for 400m and contour the slope to the L, heading for a shallow col, with what looks like a giant cairn but is actually a little shelter on the ridge and a good spot to take a break.

From here the route follows a path on the crest of Puig Sobirans, a spectacular but easy walk with great views down to the normal route to the S and to Etang de Lanoux to the N. Climb up to Carlit de baix (2806) and look down at our final challenge of the breche de Carlit and rocky climb to the summit.

The path descends to the L of the top of Carlit de Baix but don’t follow the path all the way down.

Just a few meters down, follow ledges to the R until you reach the rocky ridge and continue to the start of the breche, a narrow gap between the two tops.

The breche is followed easily on the LH side with a few scrambles up small steps until you reach the other side. Here it is possible to scramble steeply up the ridge but the normal route passes to the L into a loose gully.

Don’t climb the gully but take the LH side up easy rocky steps to a col. Again it is simple to follow the ridge direct but we descend slightly to the R and climb another gully to the lower of the two Carlit summits.

Following the well trod path we reach the summit flag. The top of the Carlit is one of the most spectacular summits in the area and falls away steeply on all sides, especially to the W towards Andorra.

Take some time to savour the views from the top as, other than Canigou, they are some of the best in the PO.

The descent from the summit needs care.

Re-descend to the small col between the two peaks and then take the obvious path down the scree slope to the E until it traverses to the R across the rocky face.

Traverse the face and descend two steep chimneys with care, especially if people are still coming up.
After the traverse you reach a path descending the ridge and a straight forward descent to the lakes below. Save a little energy for the last 30 mins down the rocky track to the hotel Le Bones Hores where a cool beer is a just reward for a superb mountain day. 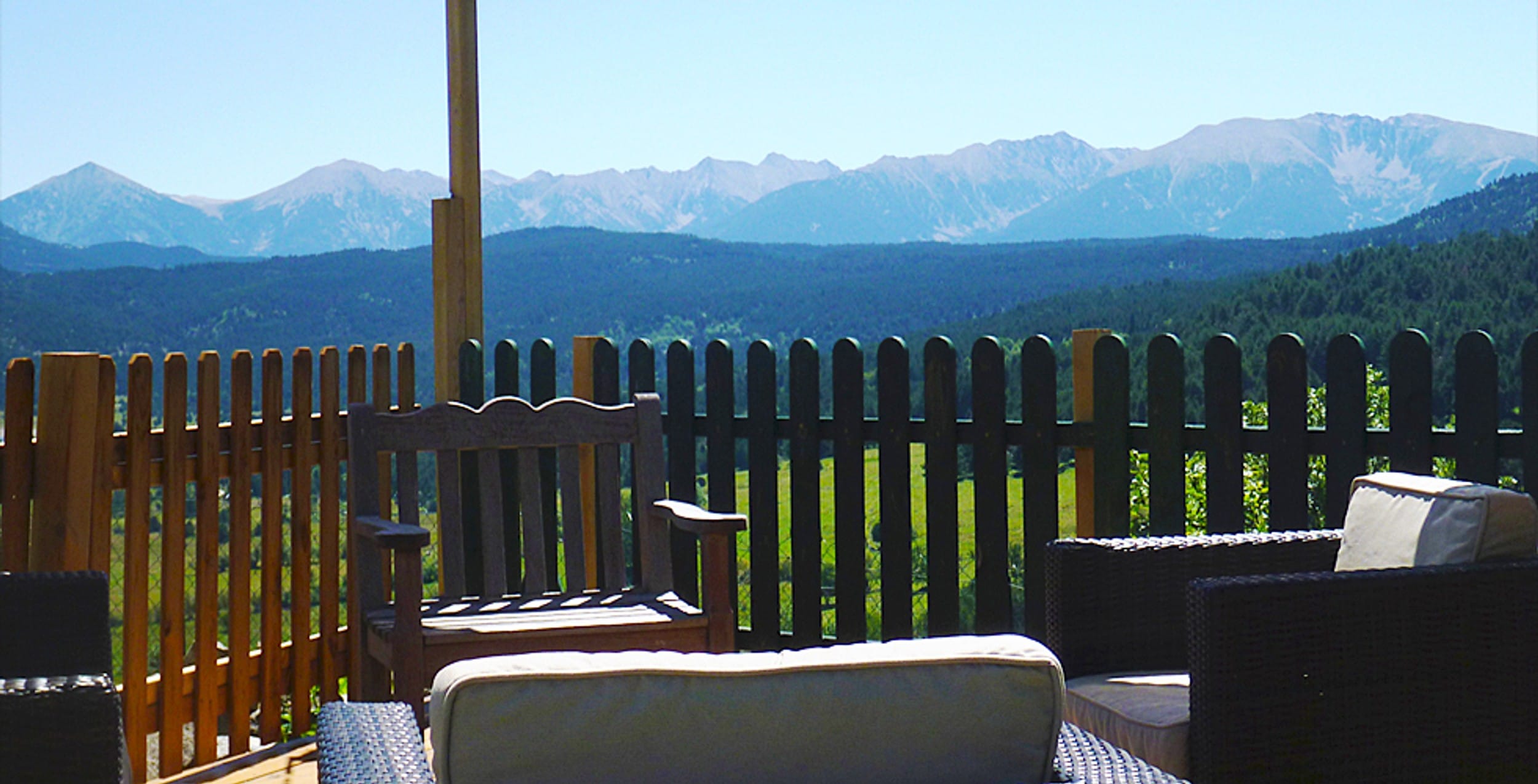 Mike & Jenny Rhodes invite you to discover the unspoilt countryside and wildlife of the valleys, ridges and frozen lakes of the wonderful Pyrenees.
1⁄2 day snow shoe experience just 20 euros (all equipment is provided)
Suitable for all ages and abilities
04 68 04 37 28 | 06 79 10 54 53 www.pyrenean-trails.com mike.rhodes@free.fr