Build your own walking programme in the Conflent by combining it with the train timetable* and have a nice cool day in the forests of the upper Tet valley, between altitudes 1500m and 1100m.

Shady paths will lead you from the enchanting village of Planès, on the borders of Cerdagne, to the hot springs of Saint Thomas and back (or further down to the village of Fontpédrouse).

Access
Drive the RN 116 to Villefranche or Fontpédrouse (depending on your programme; see options below) and park near the railway station. Take the train in due time* and get off at Planès station.

1/ The round walk
Take the footpath going under the railway line. It goes down to the river Tet and alongside it then up under the suspended Gisclard bridge. Go straight on until reaching the end of the forest. From the point of view, the path goes abruptly down to Saint Thomas (40mn there and back). At a fork, take left to go to the village or right to reach the spas. 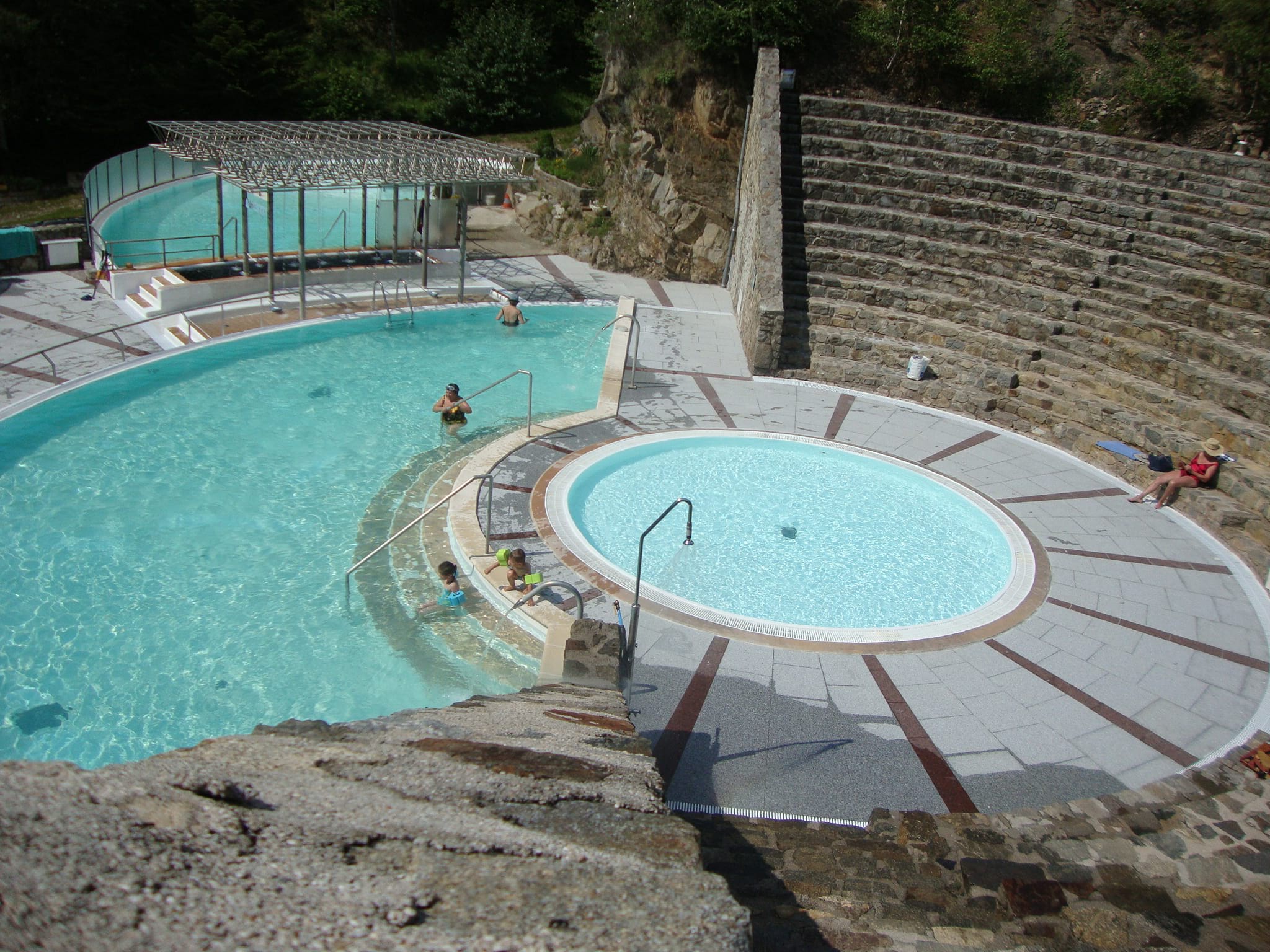 On your way back, walk straight up into the forest (indication “Les arbres du Haut Conflent” on a signpost) in the direction of Planès, then across lush meadows to a TV pylon where the village appears. Total walking time: 3 hours. Yellow signs all the way.
A sample: Take the train at Villefranche 9:05 – Get off at Planès station 10:20 – Do the round walk (5 to 6 hours including walking, resting time, lunchtime) – Take the train back at Planès 17:05 – Arrival at Villefranche 18:09 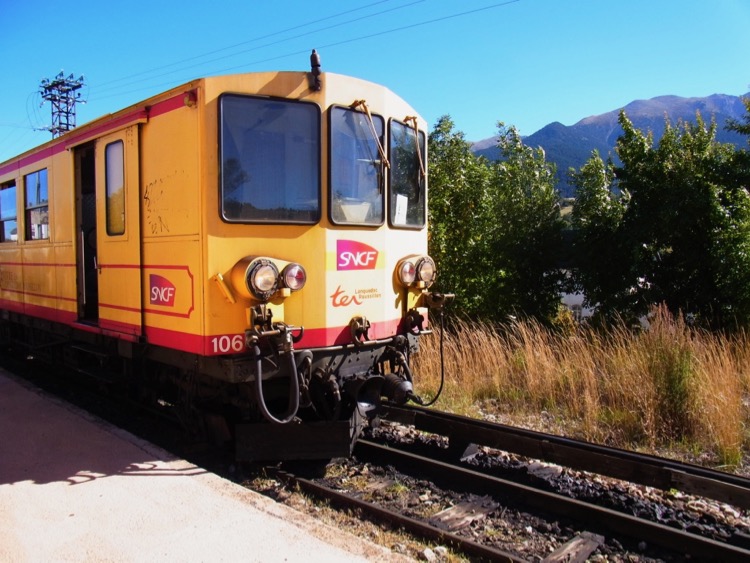 OPTIONS:
2/ Detour to Mont Louis
An easy trail from Planès following the white-red signs of the GR10 to La Cabanasse (train station here). After crossing the later village, go up under the railway line and on to the fortress of Mont Louis. Walking time Planès-Mont Louis: 1 h.

3/ Down to Fontpédrouse
After leaving the baths of Saint Thomas, reach the start of a path on the right (wooden steps – yellow signs). It goes up then meanders down to a road. Follow it on the right to reach Fontpédrouse and cross the village. Up from the RN 116, a little road leads to the train station. Walking time Planès-Fontpédrouse: 2 h 30.