MIMOSA IN THE PYRENEES ORIENTALES 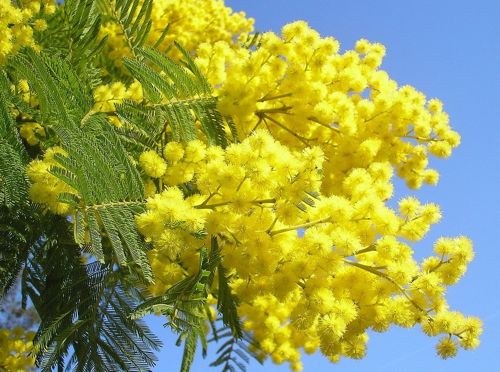 Beginning in late January and continuing through spring, the P-O transforms itself into a dazzling flurry of sunshine yellow.  The  tough mimosa acacia tree with its graceful and fragrant winter blooms sets the land on fire,  its fluffy clouds of exuberant  golden blossom heralding the end of winter and the gentle début of spring.

The name ‘mimosa’ comes from the Latin ‘mimus’,  meaning ‘mime’ or actor, so named apparently because because it mimics the sensitivity of an animal!

Known as ‘wattles’ in Australia, from whence it originated, various mimosa species were introduced to the Côte d’Azur in the 19th century by wealthy English, who used them to brighten up their winter homes out of season! It is now cultivated, and the cut flowers are sold throughout France and abroad to brighten your day.

All very pretty – but the  mimosa tree is much more than a dumb blonde!

Traditional Chinese Medicinal practitioners have long revered the bark, leaves and flowers for its health benefits and yet there is little modern research on this tree which was also used by the ancient Mayans for trauma injuries and burns. 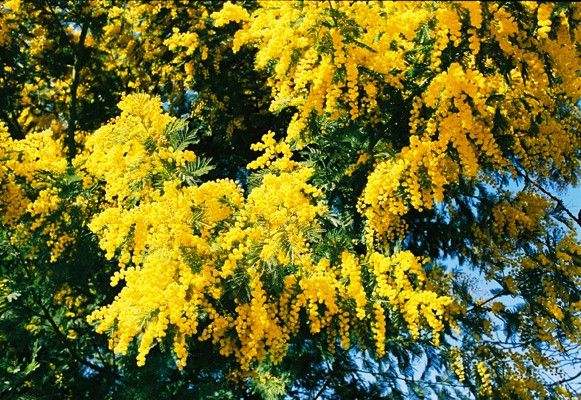 Many people love the delicate, powdery scent which is particularly reputed in perfumery where it is often blended with other floral odours such as rose and jasmine.

The leaves are sometimes used in Indian chutney, and have also been made into tea to relieve toothache.

Known in China as the “Collective Happiness Bark,” Mimosa bark was given to people who needed a “spiritual uplift or cleansing.” and also used to cleanse the heart and liver meridians (energetic pathways) in the body.

Common remedy for muscular discomfort and swelling, poultice for lesions and wounds, protection against germs, aid in the restoration of damaged tissue, relief for coughs and cold, the powdered bark of the mimosa also reduces redness and soothes discomfort. This is thought to be due to three forms of steroids present in the bark.

Studies have also shown that the bark powder has a anesthesia-like effect on the skin, and can reduce pain for up to three hours when applied topically.