Is it a church? Was it a mosque? Does the curious clover leaf shaped Notre Dame  de la Merci in Planès conceal the tomb of Abu-Nezah, the Arab Governor of the Cerdagne? 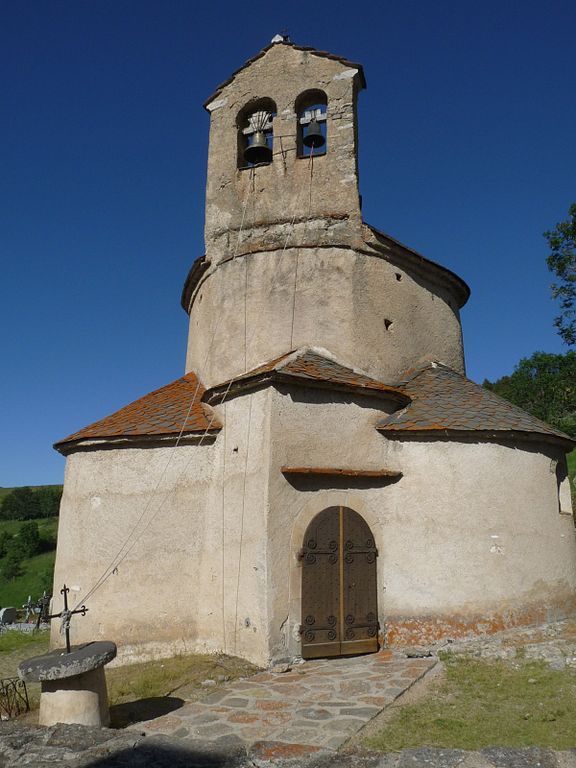 Legend maintains that in 729 Duke Eudes of Aquitaine married Abu-Nezeh to his daughter, Lampégie in order to put an end to the incessant incursions of the Sarrazins on his territory. However, the Muslim Emir  sent an army from Spain to asassinate Abu-Nezah for fraternising with the Christians.  Abu- Nezah fled  his castle in Llivia to Planès in the mountains, where he was captured and killed. There, the grieving Lampégie had a tomb constructed for him before she was sent off to the harem of the Calif of Damascus. 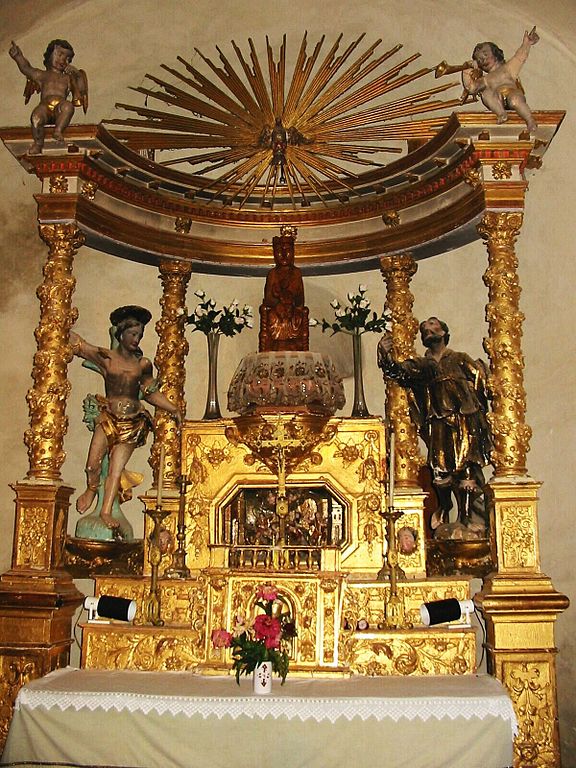 Well worth a visit, It is reputed to cure fever and sterility!

Strangely constructed in the form of a circle built on a triangle, the church dominates the small village of Planès, in the Têt valley,  and is often referred to as the Mesquita, the little mosque.   It houses the statue of a typical Romanesque Madonna.

The village is remarkably remote, and its  50 or so inhabitants, sparsely spread over the commune’s fourteen square kilometres live at the end of a small and winding road from St Pierre dels Forcats.

The Yellow Train occasionally makes a request stop at the disused station of Planès as it chugs its way to Mont Louis and Font Romeu, but for the most part the surrounding countryside is peaceful in the extreme, the high mountain air is fresh and visitors are few.