I know February is nearly past its half way mark, but the weather has been so beautiful that sitting crouched over my computer has just not been a priority for once.

I am still in shock at some of the high temperatures that we have had – in fact last Saturday, our outside thermometer hit 26° in the sunshine, and I burnt the bottom of my back (or the top of my bottom) during a rare gardening and weeding spree, during which shorts and T shirt refused to meet in the middle, proving that they had both shrunk over winter. Must try a different drawer next year – that one is obviously damp. 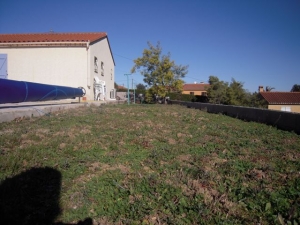 And talking of gardens…we have a mole. Not somebody who has snuck into P-O Life to prise information out of its unsuspecting editor, but a proper, tunnel burrowing critter who is digging up our garden with gusto!

Problem is that Olivier is as soft as I am. Neither of us can kill it, and the mole friendly solutions that we have come up with so far are either very expensive or sound like a bit of a joke. For example….

“Use castor oil” we were advised. “Pouring castor oil into a mole’s tunnel will give it an upset stomach and discourage it from staying.” Yeah, right.

“Put weasel poo down their holes. Of course, first catch your weasel!”

And maybe the silliest…..

“Enjoy them. Gather the soil they throw up as hills and use it for potting plants – it will save you a fortune in compost” 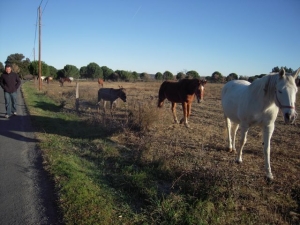 Enjoy them for Heaven’s sake?

I love animals but how do you enjoy a mole?

I suppose I could invite it to watch a DVD with us, take it out for dinner at the weekend, allow it to sleep between Olivier and I, or take it for long walks on the beach…. 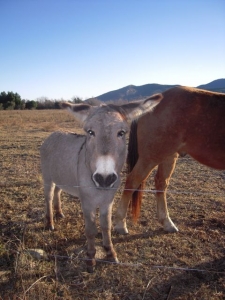 The cows are gone from the fields down the road – we miss the tingle of sweet bell music – but never fear.

They have been replaced by a bevvy of equine beauties and a cute donkey, who we have christened ’Donkey’ in a wild fit of imaginative thinking.

We take carrots every morning and start the day with a bit of raucous giggling, the way all good days should start off. Her Royal Stinkiness is still going strong, but pretty well blind now and doesn’t like walking too far, but she still manages to have a lunge and a grumble at Donkey, who shows no interest in her whatsoever.

Just got back from a walk around the lake at Saint Jean Pla de Corts. There was a pickup going round the lake stocking it up with trout, so this is the time to go fishing for those of you who enjoy this strange occupation. I took some photos with my new phone, but can’t work out how to transfer them to my computer. Most things take me about a week to work out these days…. but I always get there in the end. Life here helps – always something to be optimistic about. 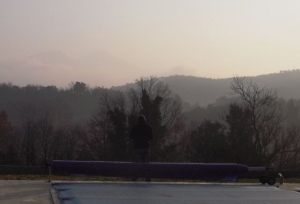 What a patient man I married!

Yes, it’s come as a big surprise to me too as I rarely see Oliver drinking at the fountain of patience, but in this case, I really can’t fault him! Click on the rather dull photo to spot him.

He stood for hours, totally immobile, waiting for the mole to surface, and when it did, he scooped it up, stuck it in a bucket, and we relocated it to some wasteland nearby (but not too nearby) where it could live happily ever after. 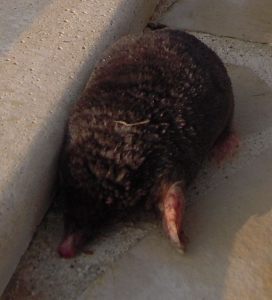 It squealed like a banshee when he caught it, and he nearly dropped it from the shock of both catching it and hearing it wailing. So proud of him (the husband, that is, not the mole). 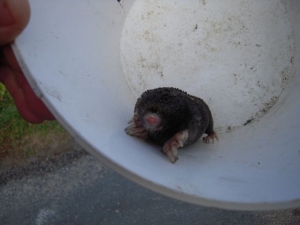 a kind of general bark calculated to cover all possibilities.

When he ‘poured’ it out of the bucket and onto the waste ground, I have never seen anything so totally pneumatic. Incredible. It was gone in the blink of the eye, vertically into the earth. Impressive!

So far so good, it looks like there was only one and no more mole hills have appeared since Sunday when he nabbed the blighter!