“Do you know the difference between a stoat and a weasel ?….. It’s easy, one is weasely recognised and the other is stoatly different”

Well, in winter at least that is true!

In summer conditions, the stoat and weasel can be difficult to tell apart. The weasel is the smaller of the two at about 15 – 20cm long with a tail of about 4cm long. The stoat is larger, 17 – 35cm, with the males being larger in both cases. Colour-wise they are also difficult to tell apart, both being hazel brown on their backs and whiter on their fronts.

In winter all that changes. The stoat takes on its winter colours and becomes the majestic “Ermine” with its pure white fur except for the tip of its tail that remains black, so sought after for royal robes. 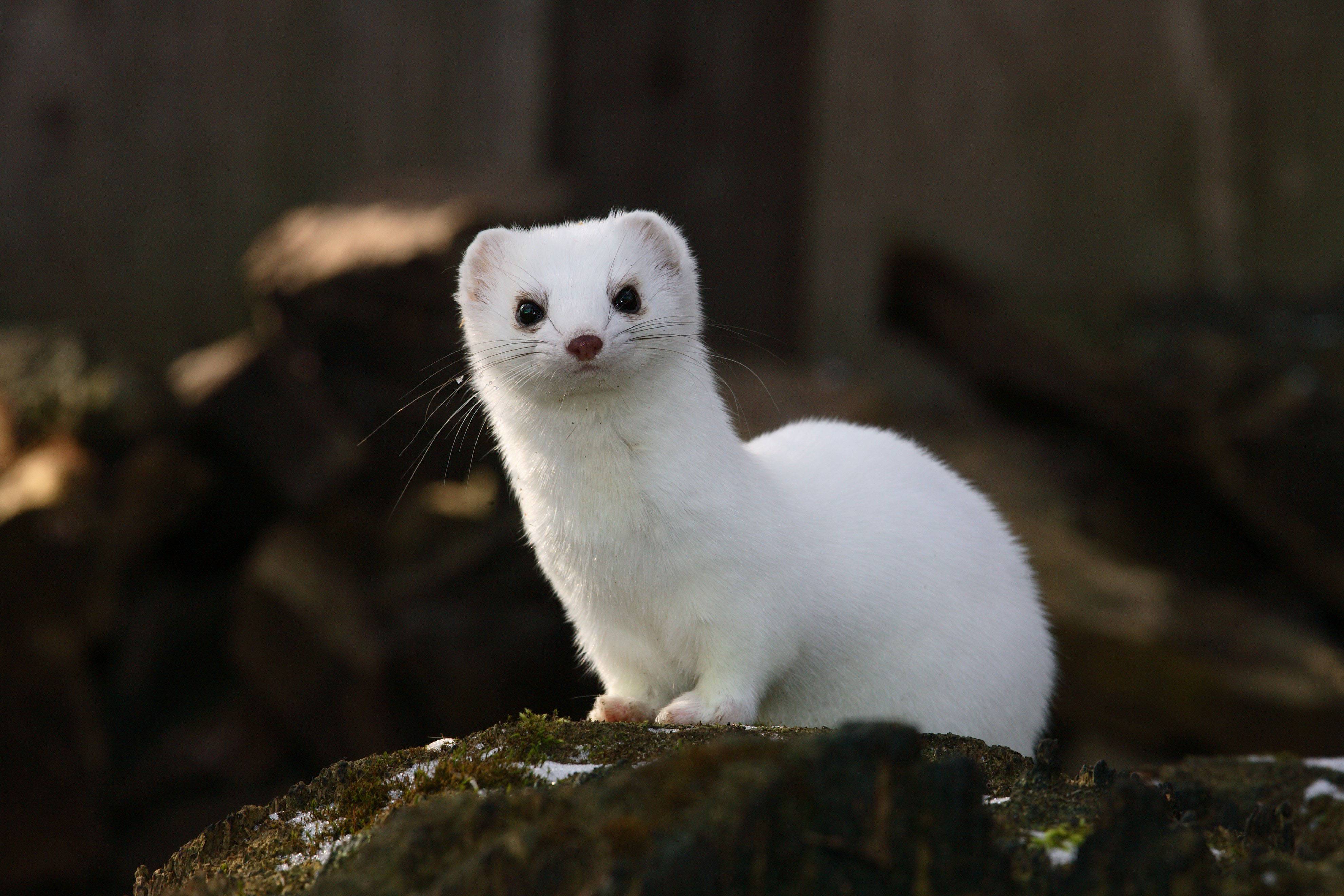 The weasel, however, lives on with its summer hazel fur. 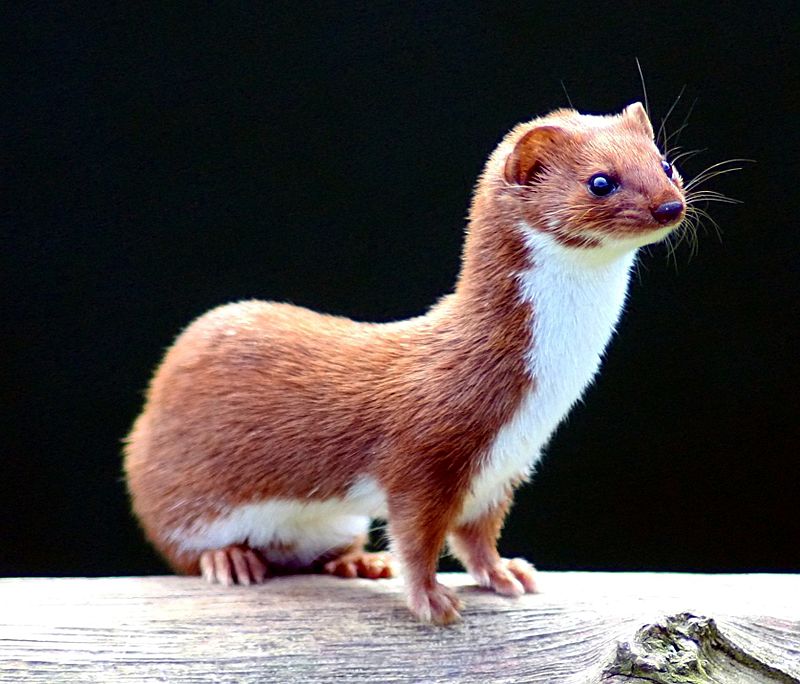 The footprints are found in pairs and are small, in the region of 1.4cm long and 1cm wide for the weasel and slightly larger at 2cm to 3cm long and about 1.5cm wide for the stoat. The jump between prints for a weasel is generally shorter, between 15cm and 40cm and longer for a stoat at 30cm to 70cm. 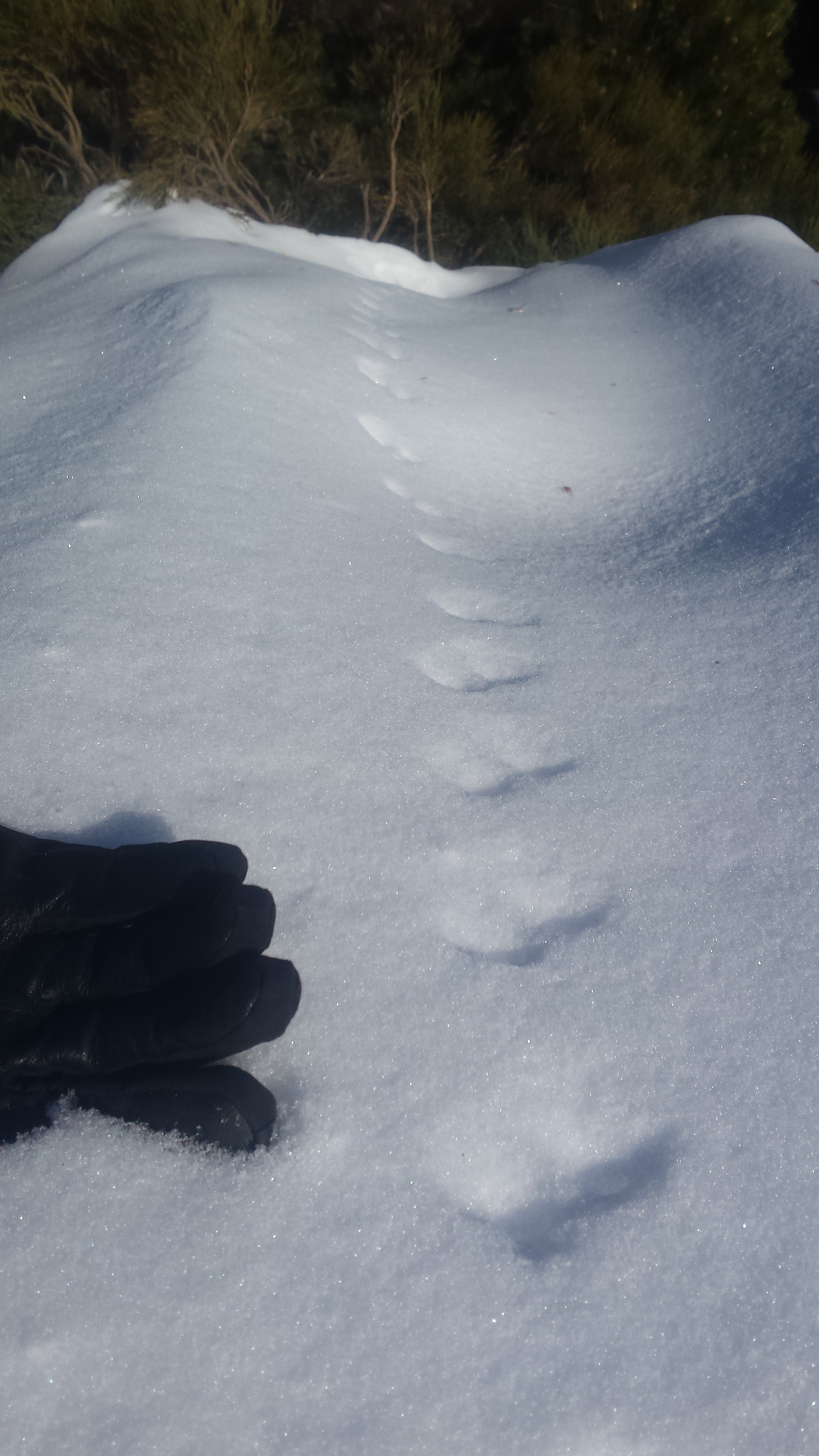 If it is carrying prey (a vole or a mouse) you would see the imprint in the snow at each bound. If you follow the tracks they will lead you to a circular burrow in the snow. 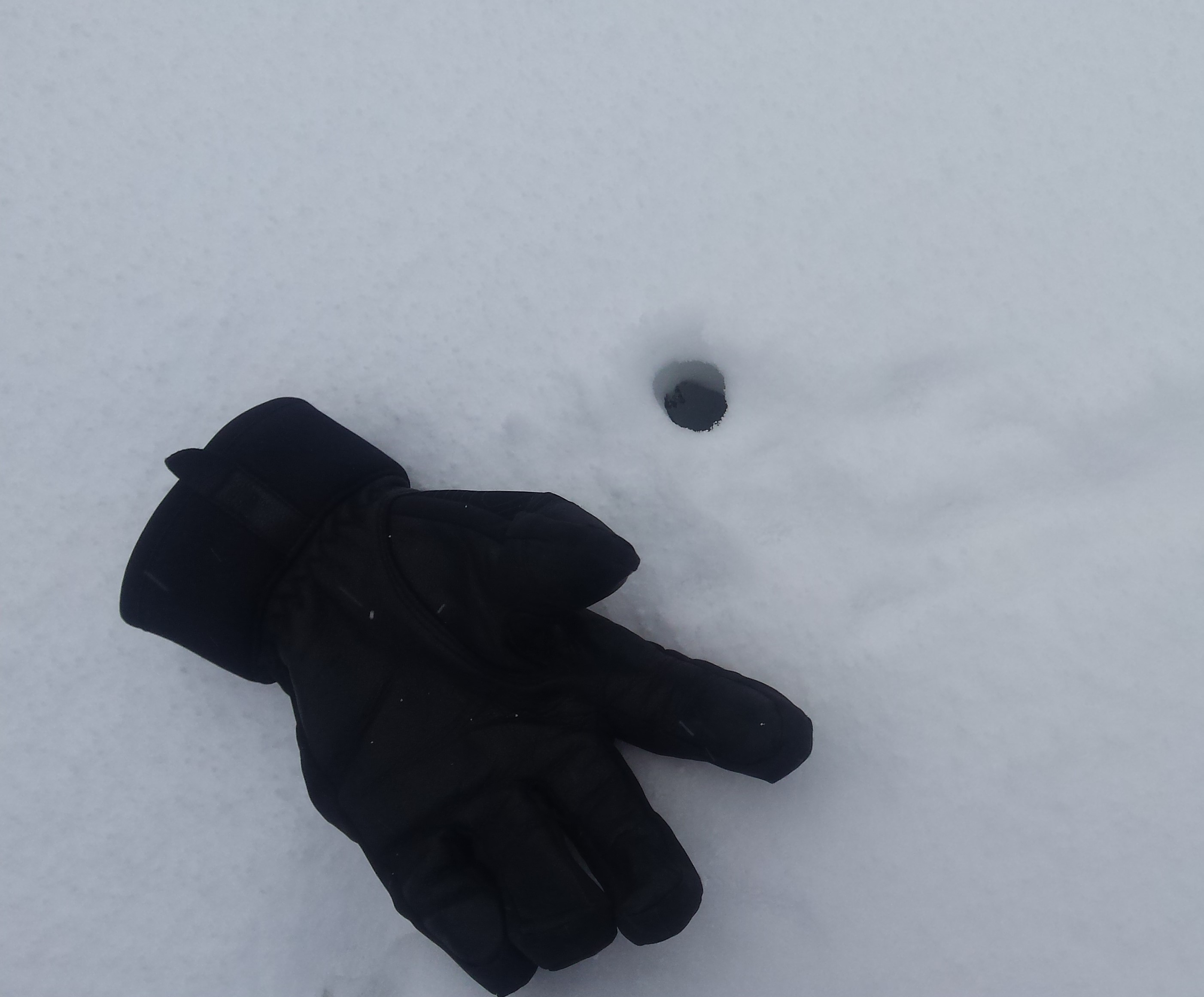 Here in the Pyrenees Orientales we are lucky to have a good population of this member of the grouse family. We also have partridge and the famous capercaillie or grand tetras, but more about those in another issue.

The ptarmigan passes both summer and winter in the high mountains and to give it some protection from its key predator, the golden eagle, it changes its colour with the seasons. In summer, the male can best be described as having a “salt and pepper” coloured plumage on its back with a white belly while the female is a browner mix with yellow speckles. These colours blend well with the rocks and grasses of the summer mountains, but as the winter draws in both male and female revert to their winter white plumage. 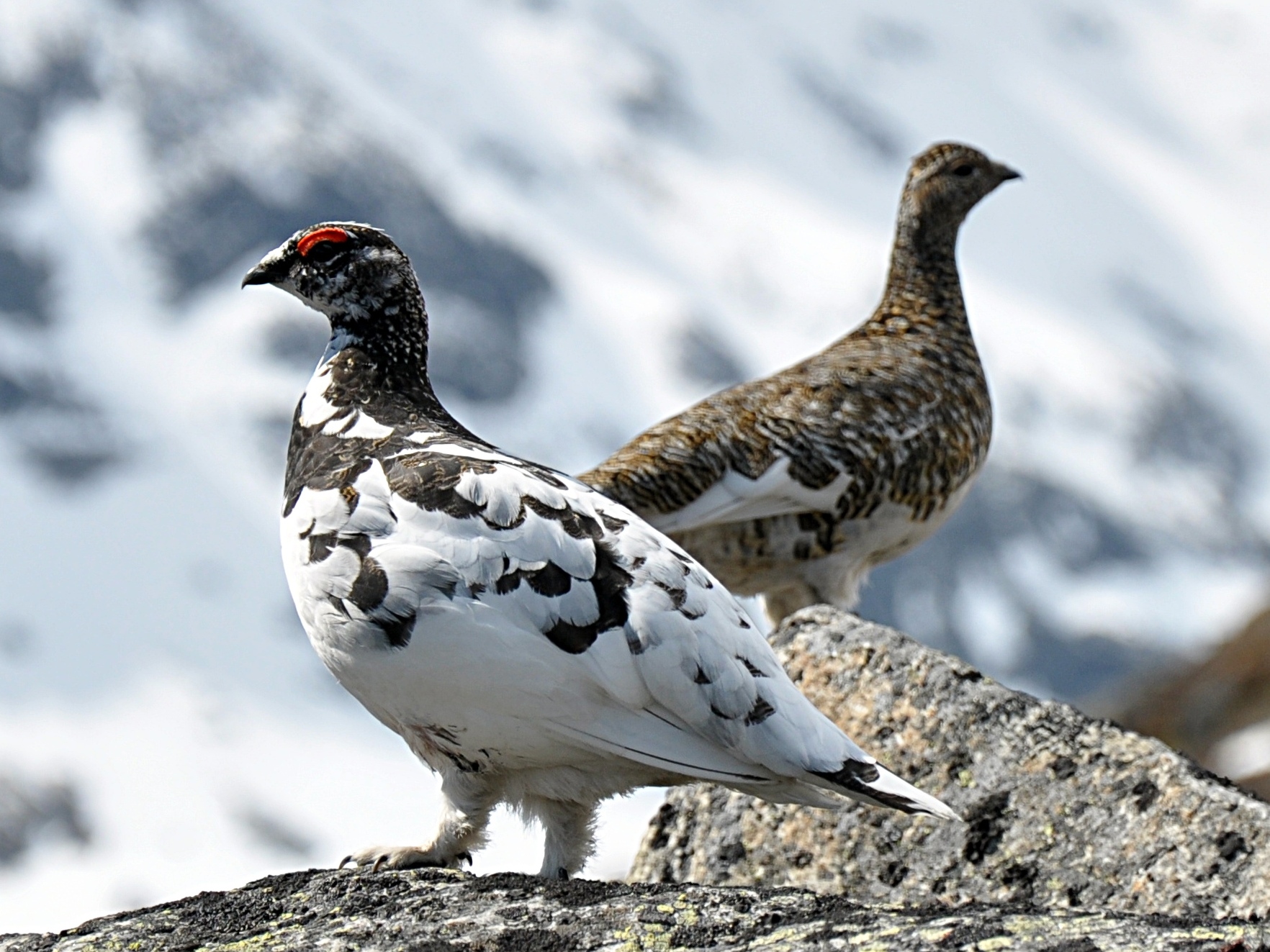 Spotting them can be difficult but their tracks in winter are clear. They have a similar tread pattern to grouse, but with their feathered insulation, the track often appears less distinct. 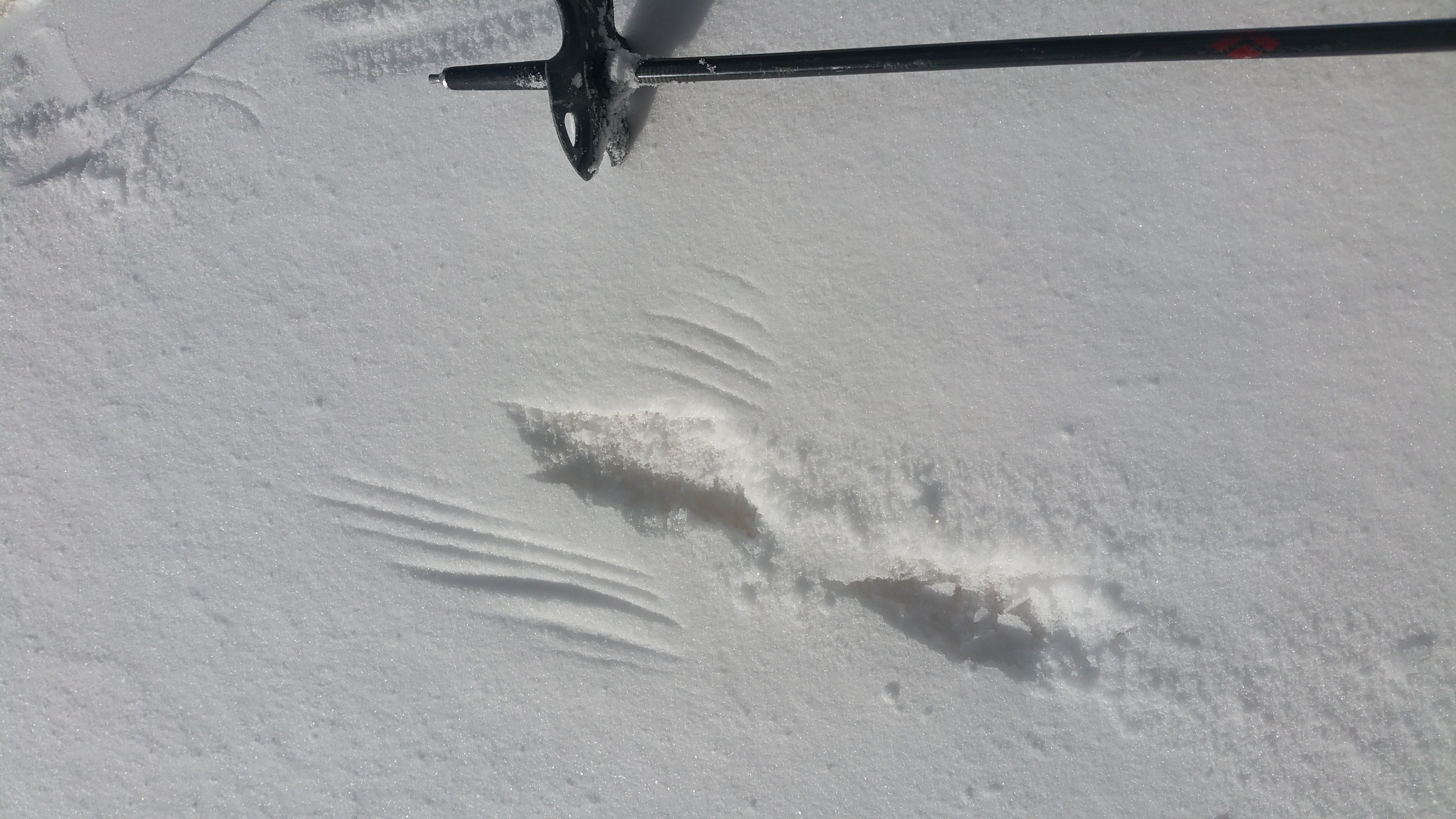 They don’t have a particular nesting site and move about in a small group often making a small scrape in the snow to pass the night. In the scrapes you will often find droppings which are faintly curved cylinders composed of various bud and plant matter remains. The droppings are generally 2cm long and 6-7mm in diameter and a dried grass colour. 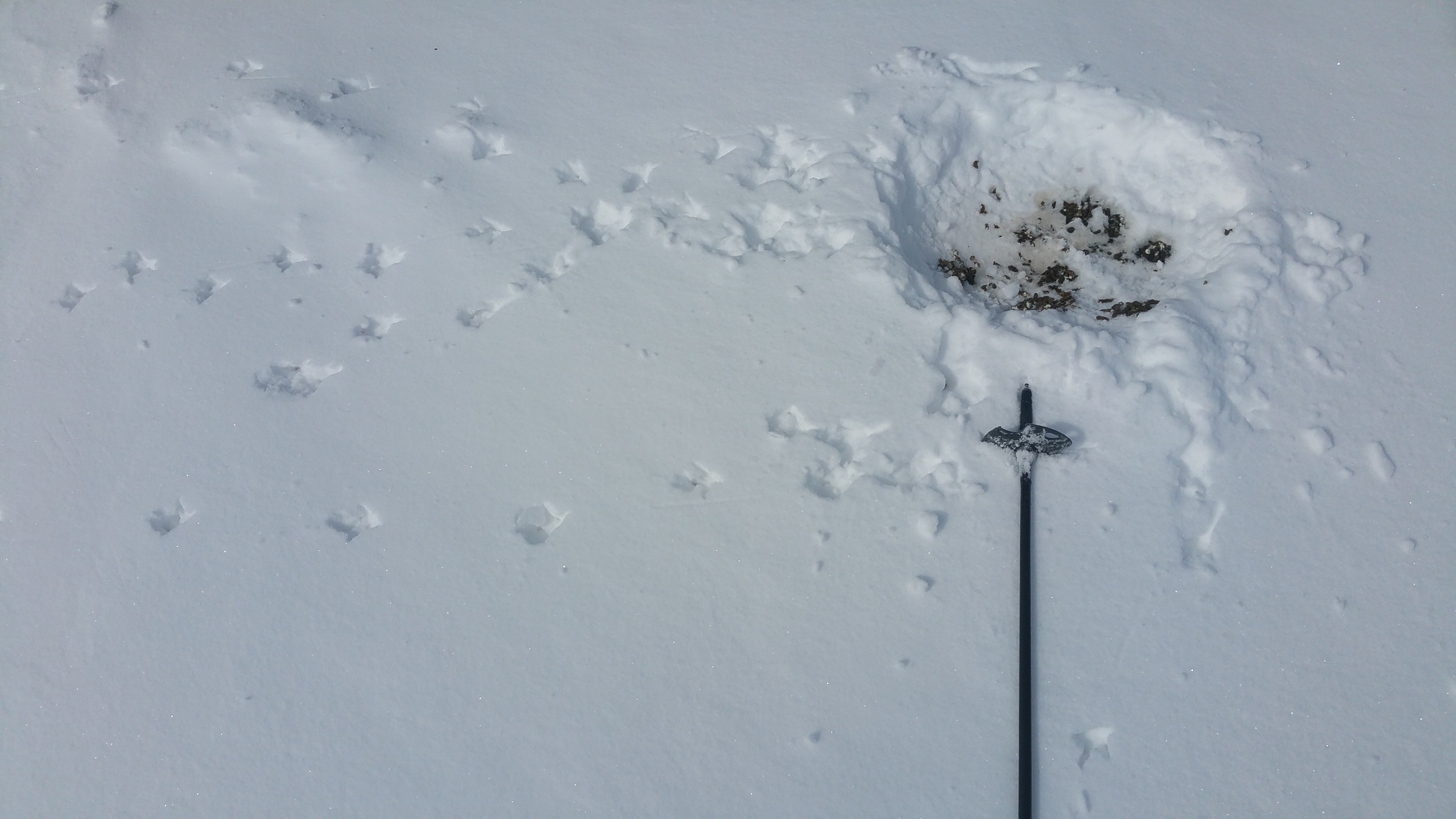 The other local animal that we have that changes colour is the mountain hare, but we have already covered them in a previous issue.

Enjoy your walks and more next week….