The Thornleys have a party

Hubby and I really are two old grumpy fogeys — ask any of our friends, they’ll back me up on this one. When we’d lived in England we were far too busy working to have friends or fun of any kind and this had become a bit of a habit.  But to our surprise, all this changed when we moved to France. We’d become good friends with some of the people who had helped us renovate the house, then there were some very kind neighbours, not to mention the yoga students. After our first season renting out, which had on the whole been successful apart from a broken chair or two, we decided to throw a party.

Our friends from Maureillas, Rosie and Mole set up their musical instruments outside the barn doors and soon some great jazz was welcoming the first guests. They arrived bearing gifts: basket of grapes from someone’s garden plus bags of lavender, while others brought cakes and salads. 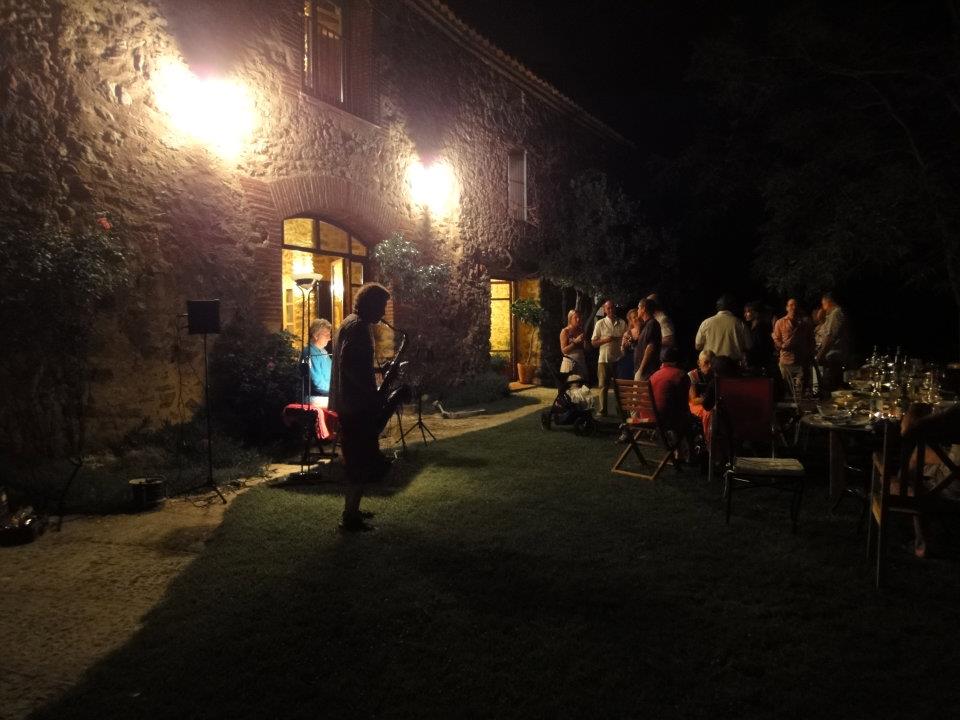 As dusk fell we sat down to eat but there was still no sign of Jo who, following several months in a stroke rehabilitation centre was now in a wheelchair, nor of her husband, Arthur. I rang Jo; she told me she’d made sausage rolls but forgotten to put the oven on. When Arthur returned from the train station having collected a Parisian friend, he was in a bad mood and told her they were too late for the party. But Jo got her way and about 30 minutes later their car appeared on the drive. We were pleased to see Jo being wheeled across the lawn, carrying a tray of burned sausage rolls. 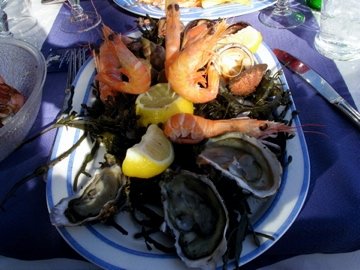 We had recruited Jo’s carer, a friendly but rather intimidating woman called Anne and her husband, Gus, to cook an enormous paella. While people danced, Gus was busy, apron around his rotund waist, stirring the biggest pan I’ve ever seen. Once we had all eaten Gus removed the apron and we were all treated to the sight of this tiny rotund man, in shorts and white sneakers, doing the neatest rock’n’roll dancing with his wife. 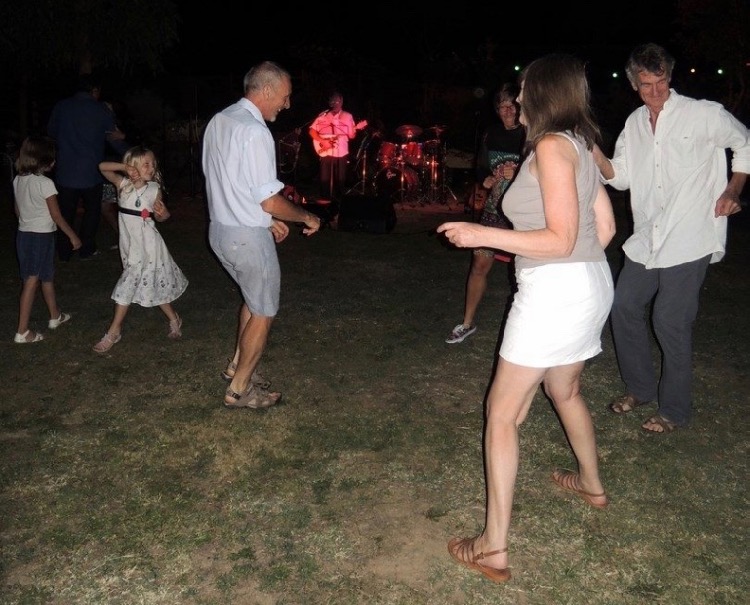 When it was time for Jo and Arthur to leave we helped Jo into the car, but it seemed Arthur had lost his car keys. Everyone got down on hands and knees and searched the lawn in the semi-darkness. Much, much later, the keys were found on the back seat of the car. In the meantime, Steven jumped fully clothed into the swimming pool and reappeared, somewhat sheepishly, dripping wet. Hubby sent him upstairs to find some dry clothes and he reappeared wearing a designer jacket Jo had given me. I heaved a sigh of relief that she’d already left and wouldn’t witness her expensive clothing being stretched in the wrong directions.

We went to bed in the yurt, then the thunder, lightning and torrential rain started with a vengeance. The next day it was cold, with the distant peaks of Canigou covered in snow. It seemed we would not be getting our usual Indian summer. But by the end of September we were back to basking in temperatures in the upper 20s.

We had a couple staying in the apartment whom I had met on a walking holiday the previous year.

Rosie, the owner of one of the B&Bs along the South Downs Way had been interested to see that I was a yoga teacher and told me that she and her fellow students would love to come to Mas Pallagourdi for a yoga holiday. Rosie and her husband Martyn came to stay for an exploratory visit and to plan the holiday for the following year. Yoga holidays were in fact my original idea for the mas and I was very excited that it was going to happen at last. 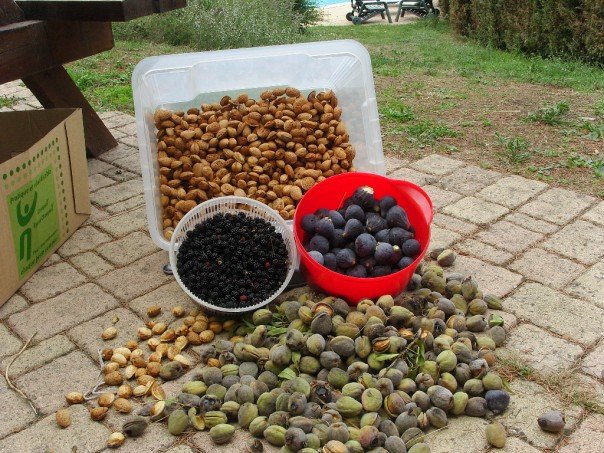 The summer garden had yielded a heavy harvest of vegetables and now, in autumn we collected bucketloads of almonds and walnuts, as well as cutting and drying lavender, verveine and other herbs.

A mutual friend invited us, Jo and Arthur, to her house for a meal. I was a little worried about this as Jo couldn’t walk on her own and I enquired whether her house was wheelchair-accessible. Just a couple of steps, the friend blithely replied.

We arrived and the door opened. Behind the smiling figure of our friend I spied, with some trepidation, a spiral staircase leading to the floor above. This, of course, is where we had to go. I supported Jo while the friend fussed around, lifting up her left leg onto each step and hubby pushed from behind. Jo held her breath in terror.

I was sure we were all going to topple over, slide down the stairs and squash luckless hubby as well as Arthur, who was watching from the safety of the bottom of the staircase. By sheer dint of effort and determination we made it to the top.  We feasted on noodle and beef soup, followed by chocolates washed down with champagne but we were too worried about the return trip down the staircase to drink more than a thimble-full.

October was turning out to be very hot for the time of year, by the middle of the month the temperatures were in the mid-thirties. We took advantage of this to sow peas, broad beans, onions and shallots and collected a bonanza of chestnuts. At the end of the month Bezerkas Circus paid us a visit for the weekend. Luckily Shaun never goes anywhere without his unicycle and other props and he was able to entertain the kids at someone’s party. This time, the fire-swallowing act went without a hitch.