The End of the World is Nigh

It was autumn 2012 and we had experienced a month of continuous rainfall. The sky was grey and leaden, and the garden looked like a lake. At times like these the dried-up stream bed through our woodland filled with water; it was now rushing with stunning waterfalls and the dog was constantly smelly and bedraggled.

We spent the morning fencing the field in thick mist and light rain, thinking of getting it ready for some sheep. Being self sufficient was becoming an important priority for  us — the ‘survive-2012-idea’ was making increasing sense, what with the state of world affairs, the failing eurozone and the unsettled nature of politics in the Middle East. 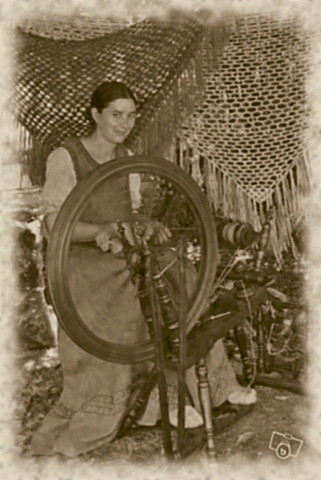 We had heard a lot on the tv and radio over the past year of people who believed that, according to the Mayan calendar, the world was going to end in December 2012. And to my surprise I’d met some of them. Sitting at a local cafe with some friends one day we’d been approached by a group of Scandinavians, who had asked us if we knew of any large properties for sale. They were looking for somewhere remote where they could grow their own food and somewhere that could be fortified (!) One of my friends did know of such a place and volunteered to drive them up the valley to take a look. 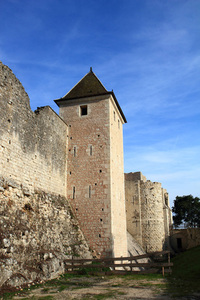 On the way she discovered that this group of people had a ‘leader’ and that the leader was in fact…dead and communicated with them through dreams. Then we read about the large numbers of people flooding a small village in the Corbieres. It was said that aliens lived under the mountain, their spaceship would emerge in December 2012 and they would take some ‘lucky’ locals with them to a better place. The locals were getting rather fed up with all these newcomers, who sat around in tents meditating, chanting and generally getting in the way, to the extent that the Maire asked the government to send in the army.

Even the English family from whom we had bought the llamas and goats were preparing for difficult times ahead. Remember Ecoferme? We’d visited their farm in the back of beyond to buy a llama, and had come home not only with two llamas but five goats as well, and very nearly a dog, too. This unusual family had come to France a few years earlier to pursue a self-sufficient lifestyle. The two teenage girls had taught themselves various unusual skills, such as spinning, making medieval clothing, taxidermy and tanning leather. When they arrived chez nous to buy back the animals a few years later, they told us that they were learning to shoot rabbits with a bow and arrow, from horseback.

On Christmas Eve we walked over the fields to visit our shepherdess neighbour with a gift of a tin of biscuits. We found her hacking away at weeds in her potager, dressed in flimsy pinafore and plastic shoes with no socks. She showed us her new born lambs and a very fat pig who grunted away contentedly in a kind of cellar under her house. We were able to ask some questions, but I was not sure I understood all the answers, and she wanted to know about our topper for the back of the tractor. We indicated, using body language and broken French, that we too would like a pig. She said something to the effect that we could put it in a little corner of our house (!) and that when she gets another one next year we can have one too. I nodded enthusiastically, secretly praying that this would never happen. She invited us in and made us a cup of coffee and showed us her knees, which were still very swollen. As we left she insisted we pull up and take some turnips, which we did.

On the 1st of January 2013 we sat down in front of a blazing log fire and over a cup of coffee discussed our New Year Resolutions. Hubby said his resolution was to get all his jobs done. Some hope of that, I thought. Mine was to learn more French (not much hope of that, either).

“At least we’ve survived and all the two-thousand-and-twelvers were wrong,” hubby said. I’d been up watching French tv until midnight so I was well informed on this topic.

“Sorry love, the date for the end of the world has been pushed forward, and according to Nostradamus ,we’re due for World War 3 some time soon. We’re not out of the woods yet.”

“Better look for some sheep then,” he replied.