When hubby and I decide to never do something ever again, we invariably end up doing that very thing.

We‘d been keeping Cameroun sheep for a while. They did all that was claimed on the tin; they ate the greenery, didn’t need much husbandry and popped out babies like there was no tomorrow. Eventually, we knew we would have to sell some, kill and eat some, or be over-run. We opted for the first of these and found a good home for the lambs with an English family further up the valley.

Gradually, news of these useful animals began to spread and other potential customers popped up. One of our friends wanted to expand her flock by buying some more females and an unrelated ram. After a lot of searching online she found that the only place in France she could buy them was the farm of the infamous Monsieur Lafaille. Remember him? Jovial farmer but extremely uncommunicative, unreliable and the supplier of animals with foot rot.

Hubby became excited as he usually did when animals were involved. If our friend was going to buy some, then we would too and share the cost of the transport. Accordingly we paid up in advance, as always, and sat back and waited. We were not that surprised when Monsieur Lafaille seemed to disappear from the face of the earth. He didn’t return phone calls or answer emails. After several months he did get in touch to say that he had moved his flock and they’d all died of shock. It would be the following year before he could deliver. Once again there was a long period of silence and our friend started to wonder if the whole thing was legitimate or a rather bizarre fraud. Then, we heard that owing to an outbreak of blue tongue near his region, he was not allowed to transport animals and would let us know when it would be possible. 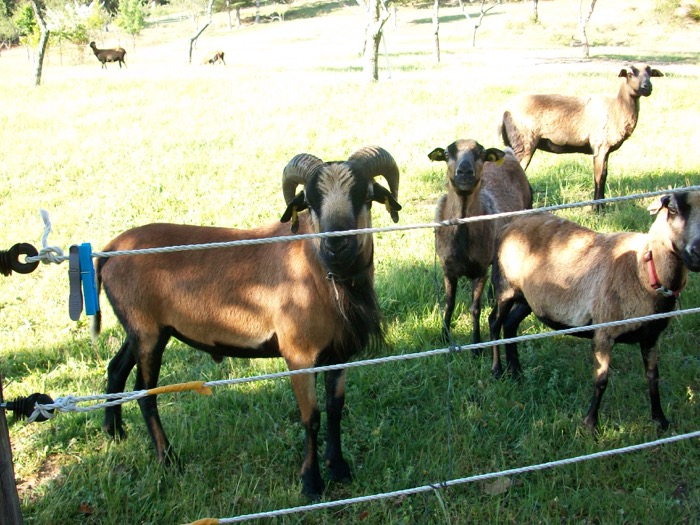 At least a year after paying him several hundred euros, the feckless Monsieur Lafaille appeared, jovial as ever. He unloaded the animals and agreed to buy three of our own lambs. These were loaded into the trailer, he came indoors to complete the paperwork and set off for home. The next day hubby and I were looking at the new arrivals when we noticed one of the lambs that we’d sold and which Monsieur Lafaille had hefted into his trailer, grazing contentedly next to her mother in our field. I couldn’t believe my eyes, how on earth had she jumped over Monsieur Lafaille’s five-foot-high tailgate?

Looking closer, one of the new animals was limping – another case of foot rot. We had to catch it and treat the foot. Then I realised that on the paperwork, Monsieur Lafaille had supplied all the wrong numbers for the animals, meaning that an awkward conversation with the local ‘animal police’ was on the cards. J’en ai marre, I told hubby. In other words, I’m fed up with dealing with French bureaucracy for the sake of a half dozen animals. My only communications with them so far had involved them returning to me copies of my ‘circulation documents’ with large areas highlighted in felt pen, large red crosses and angry-looking arrows.

Each time I corrected my errors (having perhaps forgotten to enter the exact hour of the animals’ departure, or the registration number of the car that took them), another black mark was added to my growing collection. Circulation documents have to be at the Department of Agriculture within a week of the animals being moved, but correcting a small error meant I fell outside this timescale and this misdemeanour was recorded on the annual census. By keeping half a dozen sheep I was well on my way to a criminal record. What was worse was that all the animals are in my name, not hubby’s, so he can enjoy his innocent hobby without the fear of a French prison, whereas I have the nightmares and none of the pleasure (other than the occasion leg of lamb). 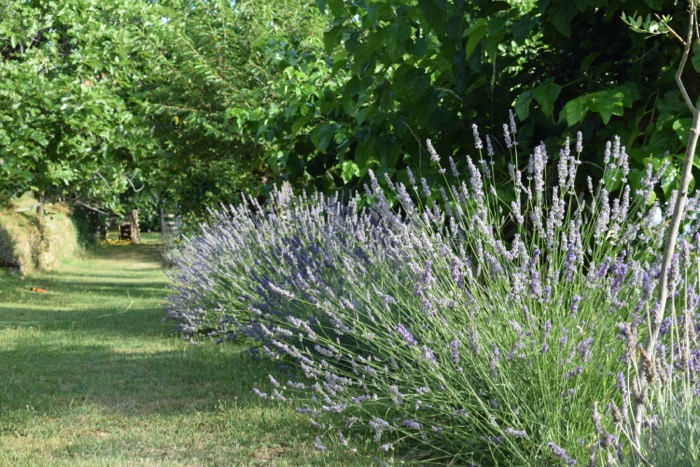 I’d had enough in other ways. Unlike hubby, who had missed his true vocation as a farmer, I didn’t enjoy tagging them, castrating them, worming them, braving the ram with pitchfork, nor having them killed for meat, even though the meat was very tasty. I agreed we would continue to keep a few females to eat down the herbage but that was all. Killing and eating the animals had seemed like a good idea at the time, but the last time we did it, seeing the pleading eyes of the lambs as we put them in the stockade was enough to make us both turn vegetarian overnight.

I rang Monsieur Lafaille to let him know about the enterprising lamb — he was pleased to hear this as he’d imagined that the lamb had jumped out while he was driving down the motorway. He’d rung the gendarmes as well as every service station between Céret and Limoges. This put me in mind of a story that the English family in the Dordogne had told me, years before. They too had been driving down the motorway, with two pigs in the back of their trailer. One of the pigs made a bid for freedom and landed on the tarmac. In her rearview mirror, Shirley caught sight of the pig flying through the air and then, to her horror, landing in front of the car behind, which, as luck would have it, was the gendarmes. The gendarmes helped them to recover the animal, which miraculously survived unharmed. 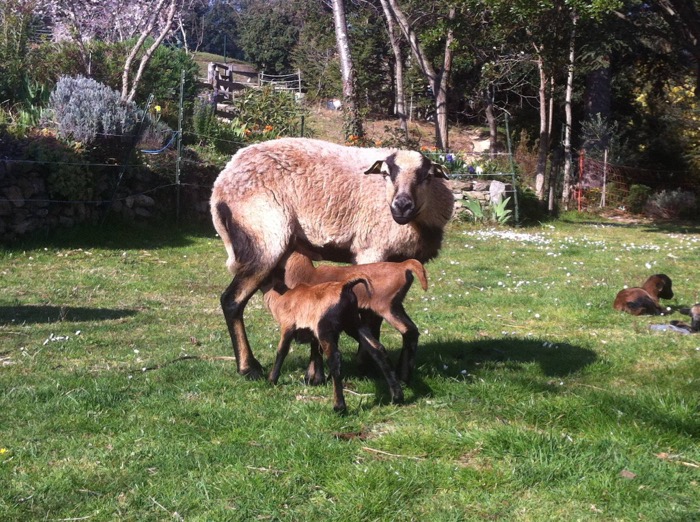 A few days later I was reading some threads on a Facebook page dedicated to smallholders in France. Someone had posted a question. “I paid a lot of money in advance for some sheep from a Monsieur Lafaille. He gave me a date and time of delivery, but he didn’t turn up and I have heard nothing, despite several emails. Has anyone else had dealings with him?” Oh la la, Monsieur Lafaille!

In the meantime, hubby has been mugging up on vegetarian recipes and now makes a mean aubergine parmigiana.