Château d’Aubiry – a hive of activity

Did you know that the castle was the set for Jacques Doniol-Valcroze’s 1959 film, l’Eau à la Bouche?

In fact, the film was shot entirely at the château, except for one scene which was shot in Perpignan. 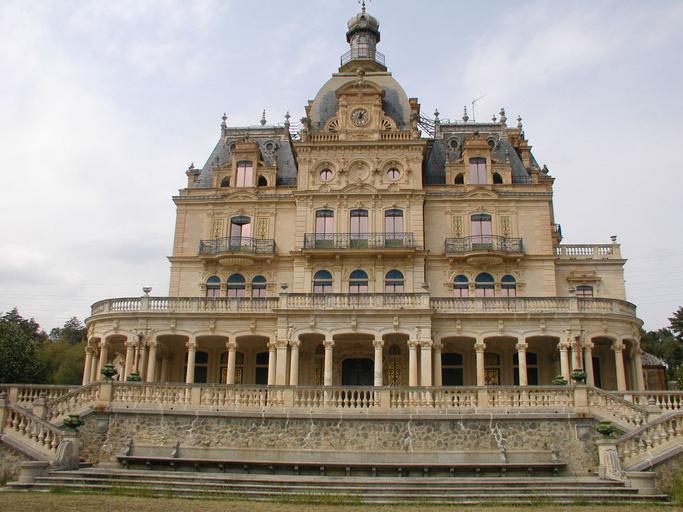 Miléna is living in her grandmother’s château when the rich lady dies. Her lawyer, Miguel, insists that the woman’s two other grandchildren, Fifine, and her brother, Jean-Paul, be at the château for the reading of the will, even though they’ve been estranged from the family since an early age. When Fifine eventually arrives at the château, it isn’t long before she falls for Miguel.

In the meantime, Fifine’s boyfriend, Robert, shows up and finds himself very attracted to his girlfriend’s cousin, Miléna. So, while Fifine goes after the lawyer, Robert is occupied with his own pursuits. The maid in the château, Prudence, in turn, is undecided about whether to accept the lecherous overtures of the butler César, who has just hired her.

Doniol-Valcroze was part of the much-celebrated Nouvelle Vague (New Wave), an anti-conformist movement that broke away from the norms established by the Académie. These innovative directors shunned the big budget films with their beautiful decor and carefully scripted dialogues, opting for a more realistic mise en scene.

Although the Nouvelle Vague genre was characterised by little- or unknown actors, many went on to lead glittering careers, Such was the case for Bernadette Lafont, who maked her big screen debut in l’Eau à la Bouche, before enjoying success for over 50 years, until her death in 2013.

The soundtrack for the film was composed and performed by none other than French legend, Serge Gainsbourg. The album sold over 100,000 copies, a huge success for the time! Like, Lafont, l’Eau à la Bouche was Gainsbourg’s first brush with the big screen, and he also went on to compose for, act in and direct many other films. 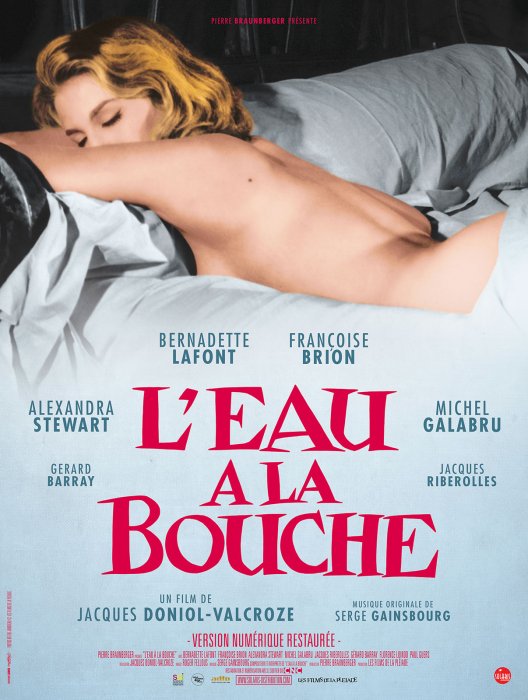