As one of the most respected chamber music festivals in France and, indeed, in Europe, the event organisers consistently attract soloists and larger groups of the highest quality to perform in the beautiful abbey of Saint-Michel de Cuxà.

Given the sanitary crisis of Covid 19, it was touch and go as to whether the 70th anniversary event would be able to go ahead last summer, but organisers, performers and above all the audience, were delighted to be able to mark the special occasion.

A tentative go-ahead has also been given for the 2021 event, which will run from Friday 30th July to Friday 13th August. As the first event for new festival director, Pierre Bleuse, we’re keeping everything crossed that the C word will not throw a spanner in the works. 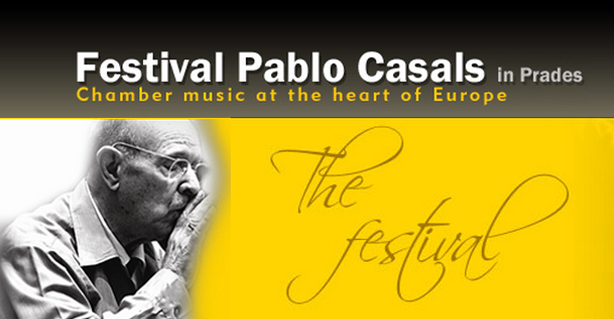 The festival pays particular homage to Casals’ pacifist activism. Himself a refugee fleeing the Franco regime, he committed as much time to campaigning for peace as he did to performing music, famously asking Albert Scweitzer “why not create and protest at the same time?”. He was even approached to accept the Nobel Peace Prize!

Started in 1950 in Prades, Casals explained that the “festival was a necessary thing, like a debt that I had towards the town that adopted me”. Each and every year since, the festival has presented an inspiring series of concerts played by some of the greatest musicians of our day. Pablo Casals himself participated up to the age of 90!

Test your French with the 2021 Teaser 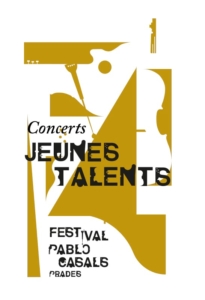 In 1976, at the suggestion of the violinist, Fred Mucciolini, an Academy of Music was set up to welcome young musicians and give master classes in the art of chamber music.

The student concerts, usually held in the last week of the festival, present a great opportunity to visit the charming villages of the Conflent and to listen to the stars of tomorrow performing in the small churches packed full of Baroque art and proud parents. The atmosphere is intimate and the size of the churches ensures that everyone can see and feel a part of the event.

Arriving early you can stroll around the picturesque villages, enjoy their beauty, stroll along the cobbled streets and discover the old stone buildings before going into the cool church to make the most of the music.

The standard is unbelievably high and the pieces are played with a passion that is almost tangible. All you are asked to do is to contribute to the students’ end of term party.

Keep an eye on the website for the programme, coming soon.

The main venue is St Michel de Cuxa, a beautiful and peaceful abbey dating back to the 10th century. It is still home to a small monastic community.

The graceful Roman cloisters are the perfect place to mingle with music lovers, local and international before the concert begins, although you may notice that half the cloisters are missing; they are to be found in the Cloisters Museum in New York!

Once inside the cool abbey, watch out for the small bats flitting about in the high vaulted ceiling. But, once the musicians start playing, the bats are forgotten; the exceptional acoustics accentuating the talent to perfection. 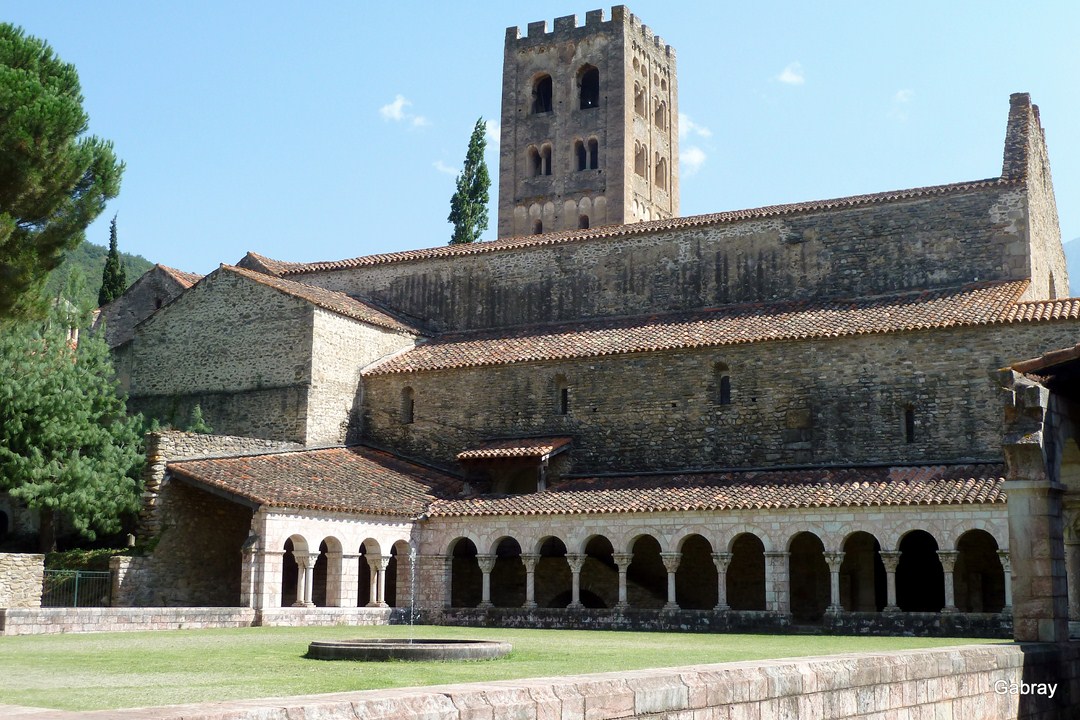 Restored in the 80s and 90s, Marcevol and its ancient 12th century priory, was one of the pilgrim stops on route to St Jacques de Compostelle and is known for its excellent acoustics.

This ancient building is a majestic setting, surrounded by pure air and unspoilt nature. Calm and serene, it is ideal place to enjoy the inspiration programme on offer.

Opened in 1954 by the Castillo family, these fascinating caves have been formed naturally by erosion from water trickling down through the rock and turning into underground rivers that have hewn passages, sculpted walls and created vast chambers.

This network of spectacular caves leads visitors deep into the heart of the Massif du Canigou mountain range, 300m from the medieval fortress town of Villefranche-de-Conflent, 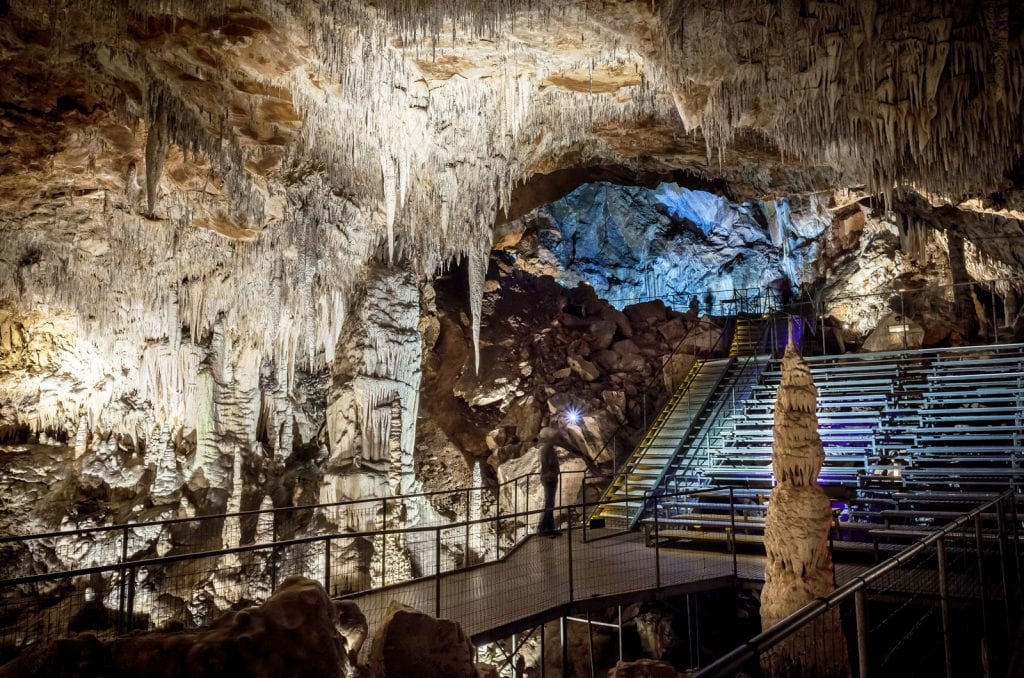 A hilltop sentry overlooking the Medieval town of Villefranche de Conflent, Fort Libéria is a gateway to Catalan history.

This remarkable monument was built by Vauban in 1681 and fortified under Napoleon III in the 19th century. 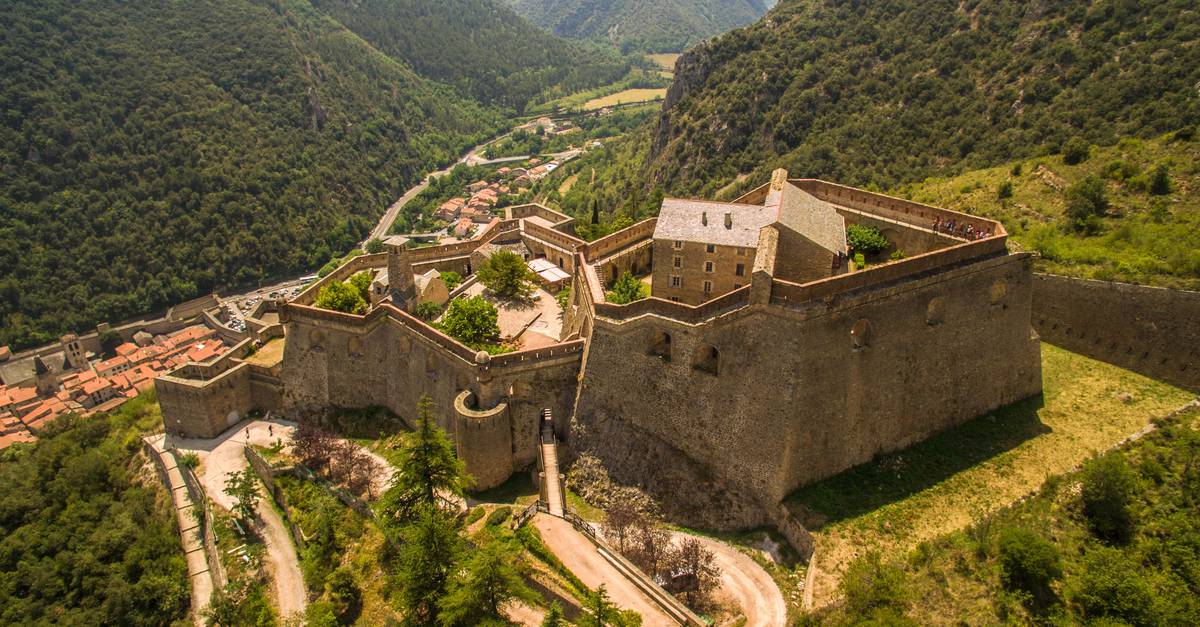 One of the most important monuments in Prades is undoubtedly the Church of St. Peter. It was built in the 17th century on the foundations of a Romanesque church, of which only the 12th-century Lombard bell tower remains today.

The church is home to the largest baroque altarpiece in France, constructed by the great Catalan sculptor Joseph Sunyer. He dedicated his work to Saint Peter, considered to be the first Pope and patron saint of the town.

Find out more here (in French). 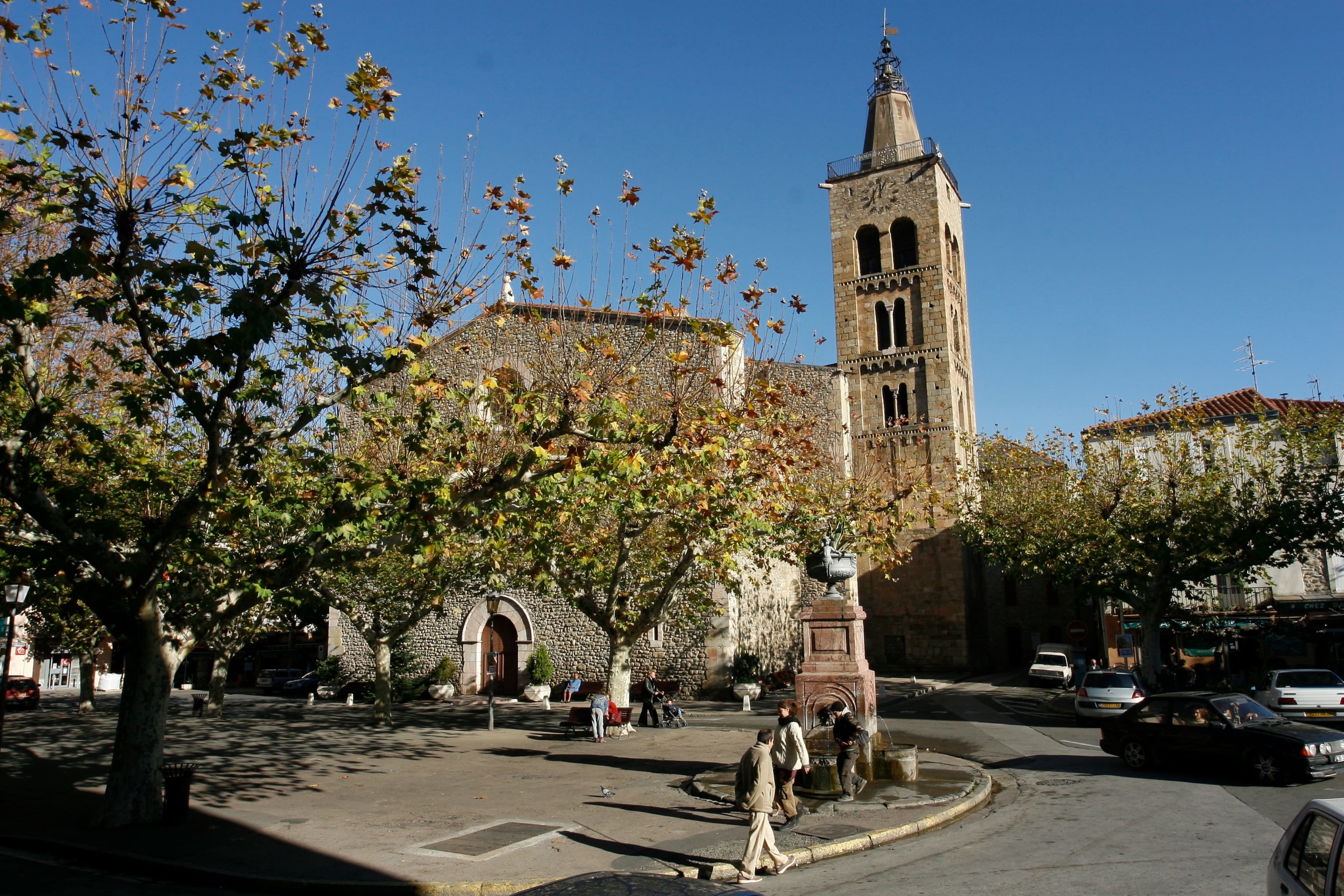 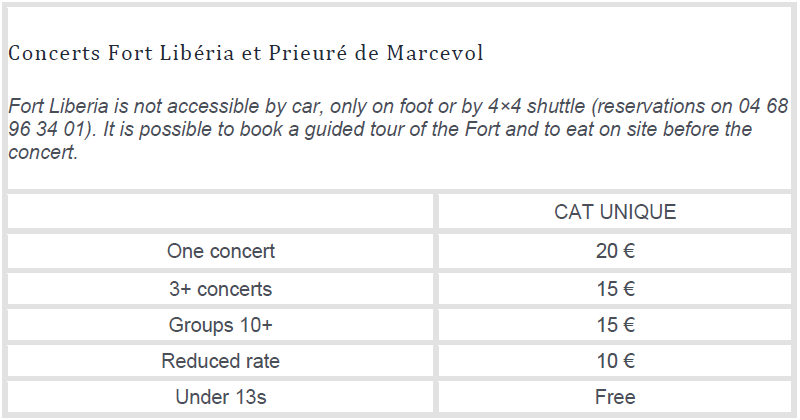 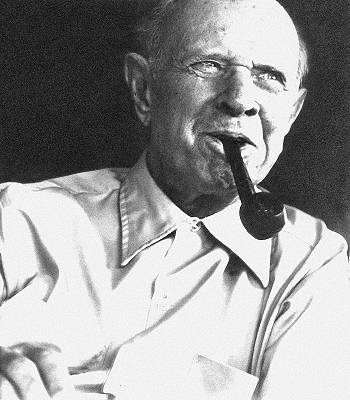 Throughout his career, he made many recordings of solo, chamber, and orchestral music, and also as conductor, but Casals is best remembered for the recording of Bach’s Cello Suites he made from 1936 to 1939.

Casals was born in El Vendrell, Catalonia (Spain). His father, Carles Casals i Ribes (1852-1908), was a parish organist and choirmaster. He gave Casals instruction in piano, violin, and organ.

At the age of 4, Casals could play the violin, piano and flute. When Casals was 11, he first heard the cello performed by a group of traveling musicians, and decided to dedicate himself to the instrument.

In 1888 his mother, Pilar Defilló de Casals, who was born in Puerto Rico of Catalan ancestry, took him to Barcelona, where he enrolled in the Escuela Municipal de Música. There he studied cello, theory, and piano.

He made prodigious progress as a cellist and on 23rd February 23 1891 he gave a solo recital in Barcelona at the age of 14. He graduated with honours from the Escuela two years later.

In 1893, the Spanish composer Albéniz heard him playing in a trio in a café and gave him a letter of introduction to the private secretary to María Cristina, the Queen Regent, in Madrid.

Casals was asked to play at informal concerts in the palace, and was granted a royal stipend to study composition at the Conservatory de Musica y Declamacion in Madrid with the master Víctor Mirecki. He also played in the newly organized Quartet Society.

In 1895 he went to Paris, where, having lost his stipend from Spain, he earned a living by playing second cello in the theater orchestra of the Folies Marigny.

In 1896, he returned to Spain and received an appointment to the faculty of the Escuela Municipal de Música in Barcelona. He was also appointed principal cellist in the orchestra of Barcelona’s opera house, the Liceu. In 1897 he appeared as soloist with the Madrid Symphony Orchestra, and was awarded the Order of Carlos III from the Queen.

In 1899, Casals played at The Crystal Palace in London, and later for Queen Victoria at her summer residence at Cowes, Isle of Wight. 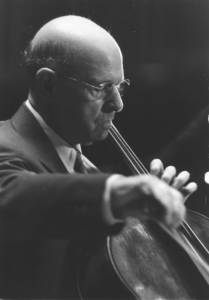 On 12th November 12 1899, he appeared as a soloist at a prestigious Lamoureux Concert in Paris, and played at Lamoureux again on 17th December 17 1899, with great public and critical acclaim.

At the turn of the century, he toured Spain and the Netherlands with the pianist Harold Bauer and in 1901-1902, made his first tour of the United States. In 1903 he headed down to tour South America.

On 15th January 1904, he was invited to play at the White House for president Theodore Roosevelt and on 9th March of that same year, made his debut at Carnegie Hall in New York, playing Richard Strauss’s “Don Quixote”.

Back in Paris, Casals organized a trio with the pianist Alfred Cortot and the violinist Jacques Thibaud; they played concerts and made recordings until 1937. Casals also became interested in conducting, and in 1919 he organized, in Barcelona, the Orquesta Pau Casals and led its first concert on 13th October 13 1920.

In 1906 he became associated with the talented young Portuguese cellist Guilhermina Suggia, who studied with him and began to appear in concerts as Mme. P. Casals-Suggia, although they were not legally married. Their liaison was dissolved in 1912 and in 1914 Casals married the American socialite and singer, Susan Metcalfe. They were separated in 1928, but did not divorce until 1957.

With the outbreak of the Spanish Civil War in 1936, the Orquesta Pau Casals ceased its activities. Casals was an ardent supporter of the Spanish Republican government, and after its defeat vowed never to return to Spain until democracy was restored.

He settled in the French village of Prades, on the Spanish border and between 1939 and 1942 he made sporadic appearances as a cellist in the unoccupied zone of southern France and in Switzerland.

So fierce was his opposition to the Francisco Franco regime in Spain that he declined to appear in countries that recognized the totalitarian Spanish government, making an exception when he took part in a concert of chamber music in the White House on 13th November 1961, at the invitation of President John F Kennedy, whom he admired.

In 1956, he made his permanent residence San Juan, Puerto Rico, where his mother had been born (when the island was still under Spanish rule). In 1957 an annual Casals Festival was inaugurated there.

On 3rd August 1957, at the age of 80, Casals married Marta Montañez Martinez, one of his most promising young pupils.

Throughout the 1960s, Casals gave many master classes in Switzerland, Italy, Berkeley, California, and Marlboro, Vermont, some of which were televised.

Casals was also a composer and perhaps his most effective work is La Sardana, for an ensemble of cellos, which he composed in 1926. His oratorio, El pesebre (The Manger), was performed for the first time in Acapulco, Mexico, on 17th December 1960.

One of his last compositions was the Himno a las Naciones Unidas (Hymn of the United Nations); he conducted its first performance in a special concert at the United Nations on 24th October 24 1971, 2 months before his 95th birthday.

In 1973, Casals wrote a memoir, Joys and Sorrows; Reflections.


In that same year, aged 96, Casals died in San Juan, Puerto Rico. In 1979 his mortal remains were finally laid to rest in his beloved home town of El Vendrell, Catalonia.

He did not live to see the end of the Franco regime, but he was posthumously honored by the Spanish government under King Juan Carlos I, which issued in 1976 a commemorative postage stamp in honor of his 100th birthday.

…his playing… “is one of those rare things that may only come once in a lifetime and even not in one person’s life, it may be centuries before there is anyone like that again. He is a funny little fellow only about 30 and plays with his eyes shut practically the whole time, every note every pause and tone colour is reflected in his face and to hear him again, to draw the bow across is a revelation.”
From Wikipedia