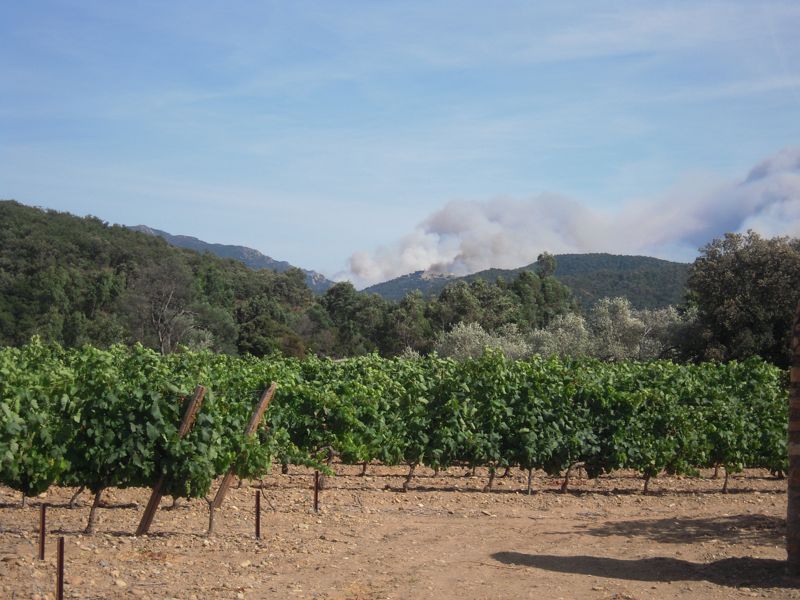 Fire is raging at the moment around Le Perthus and La Jonquera. Le Perthus has been evacuated and both Nationale and motorway A9 are at a standstill, with long jams stretching both ways. The road is blocked from the Thermes roundabout at Le Boulou and the motorway is stationary.

The fire service is hoping that the Tramontane will calm down by early evening. 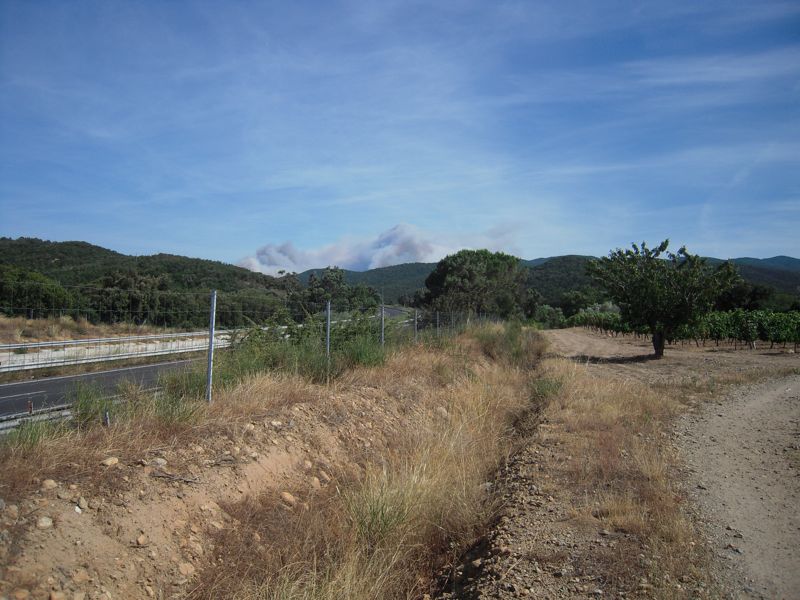 CLICK TO ENLARGE
A9 Motorway into Spain completely empty

In 1986, the cinders from a  fire in the same area  actually reached as far as Port Vendres when the Tramontane eased and the vent d’Espagne took over.

An equally horrendous fire at Bouleternere, near Prades yesterday has meant that the fire services have been on duty more than 24 hours.

The fire at Le Perthus, travelling at about 5-6km/h, came within 10km of Figueres where several people reported difficulties breathing due to a smokey atmosphere.

Today, Monday, it is apparently under control, with small pockets still smoldering, and traffic is apparently moving – but slowly. 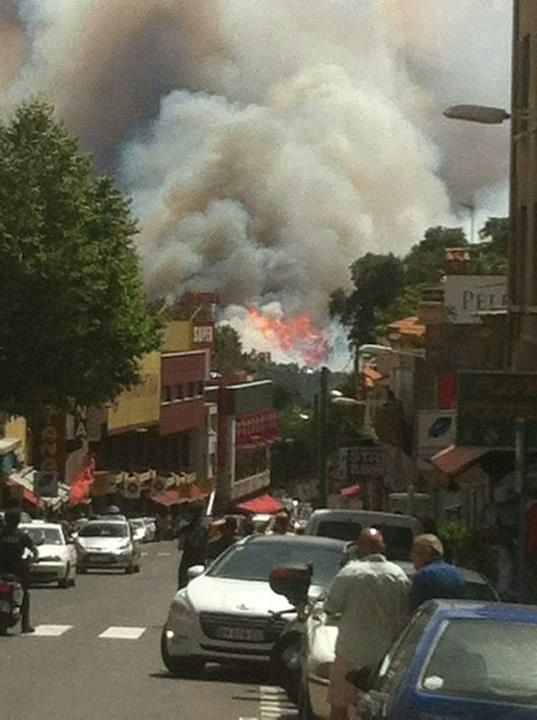 More photos from a rather brave gentleman who was one of the last cars to enter the motorway at Le Boulou before it was closed down. You can clearly see the progression as he passes Le Perthus and Fort Bellegarde and heads further south. 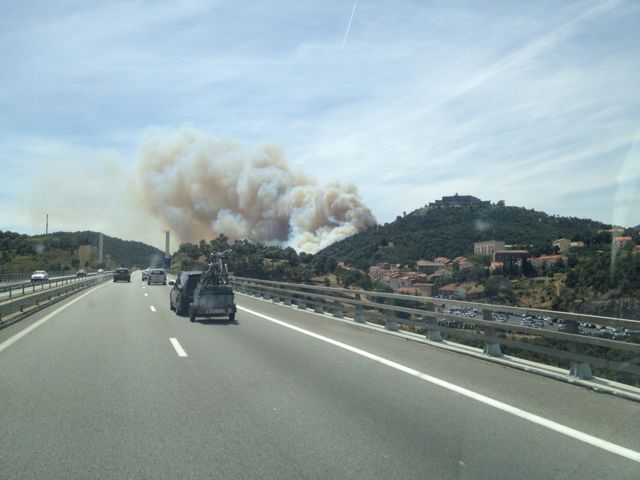 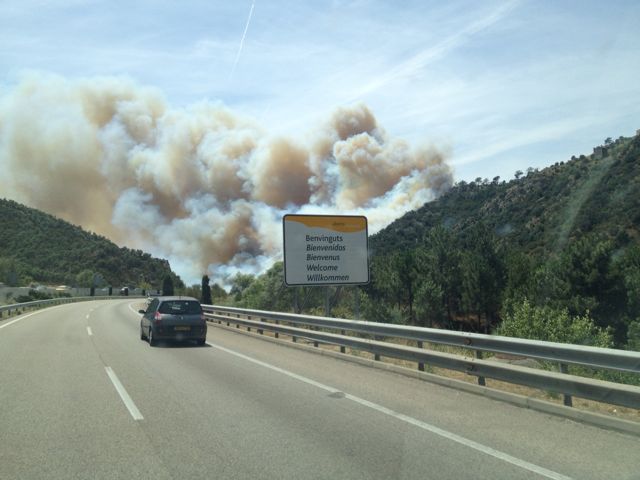 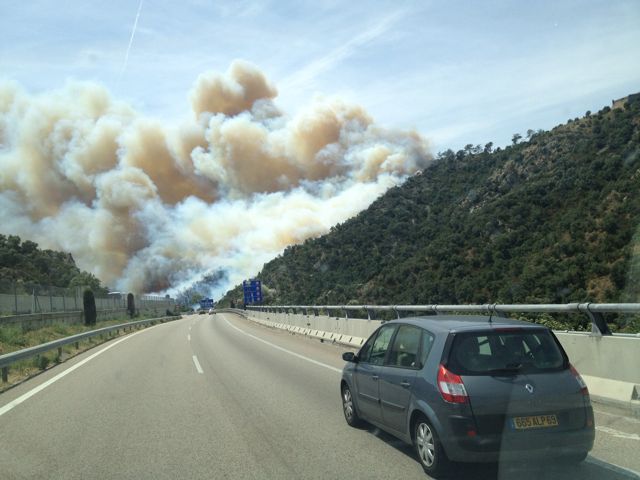 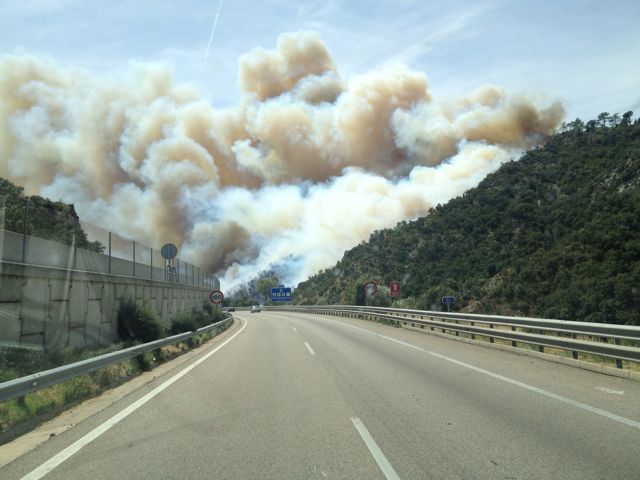 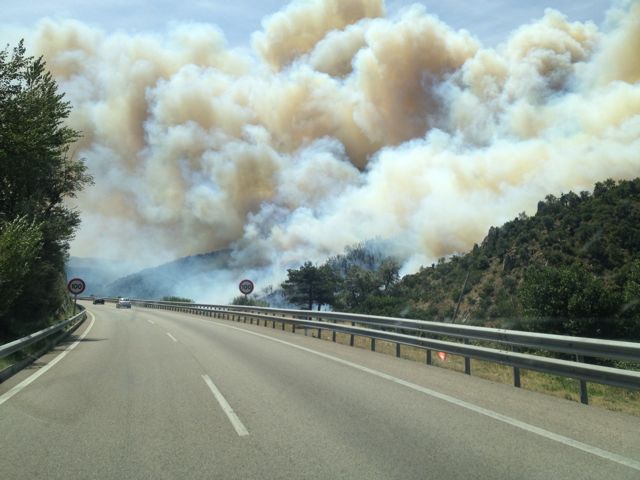 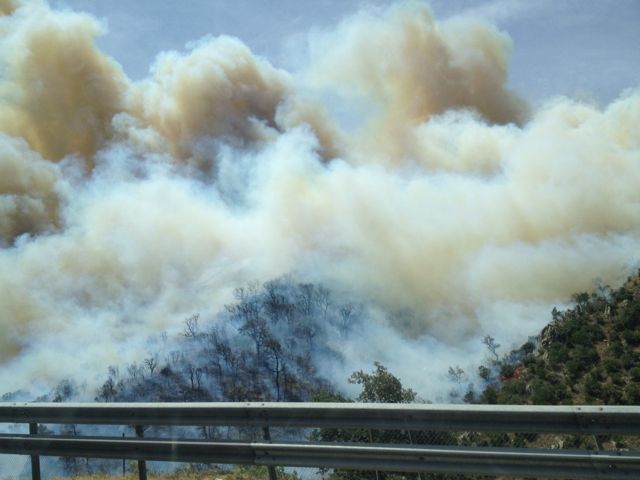 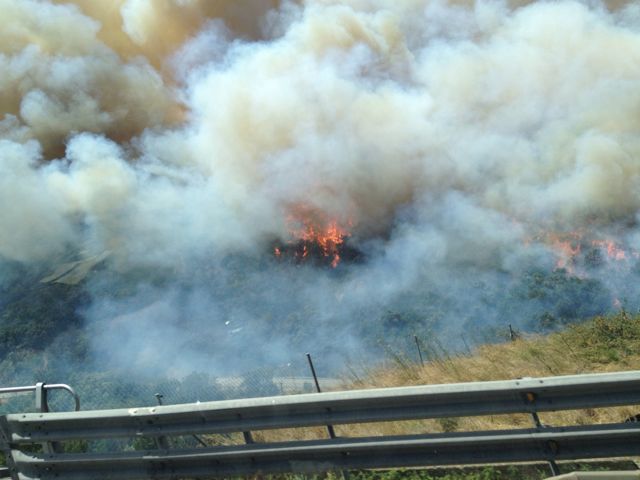