The result of the lively imagination of a talented dreamer in 1954, this fairy tale building was originally designed as a home, then went on to become the Musée des Arts Naïfs in 1991, until financial problems forced it to close its doors in 2002. 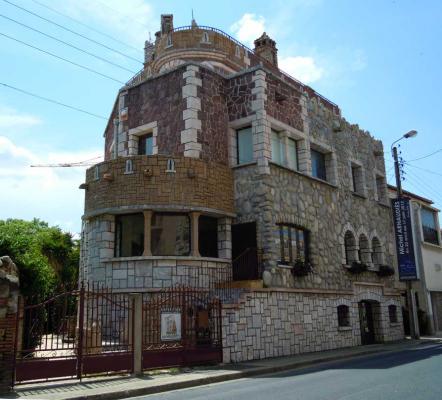 François Carrère was a wine merchant. In 1954 he began the construction of a Baroque style two story house. To add character, he put stones around the windows, and liked the design so much that he went on to cover the whole building in stone, thanks to several local stone cutters.

People stopped on the street and commented on the originality of the house. 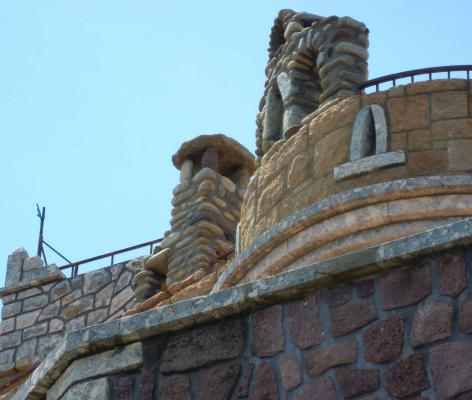 It took him 20 years to finish, and several disputes with neighbours and law suits to obtain the planning permissions he required, but eventually, it was finished.

In the meantime, the nearby Musée des Arts Naïfs was closing after 11 years.

Its owner, Francoise Caux, better known by her artist name “Javo” fell in love with the Casa Carrère whilst looking for new premises to display her personal works, and those of other international artists. 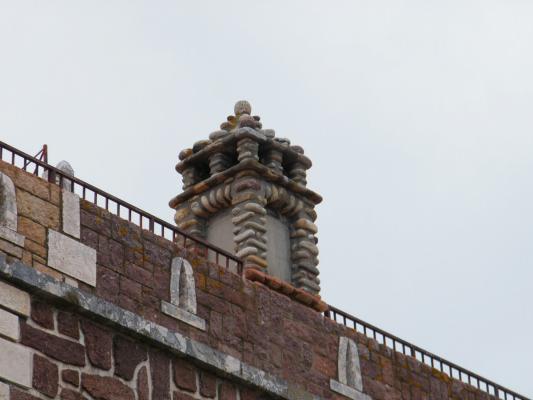 She bought it – and after many administrative and financial problems, the ‘Palais des Naïfs’ finally opened in April 1991, winning the “Grand prix du meilleur produit touristique de la région du Languedoc-Roussillon” a year later, awarded by the Tourist Board.

For the next ten years, the ‘Palais des Naïfs’ struggled to survive financially, despite making a name for itself both regionally and internationally, thanks to a quality art collection by ‘naif’ artists from five continents.

It finally closed in 2002, shortly after the death of his founder. The heirs have tried to keep the collection of over 500 works together, and open it to the public on special occasions.