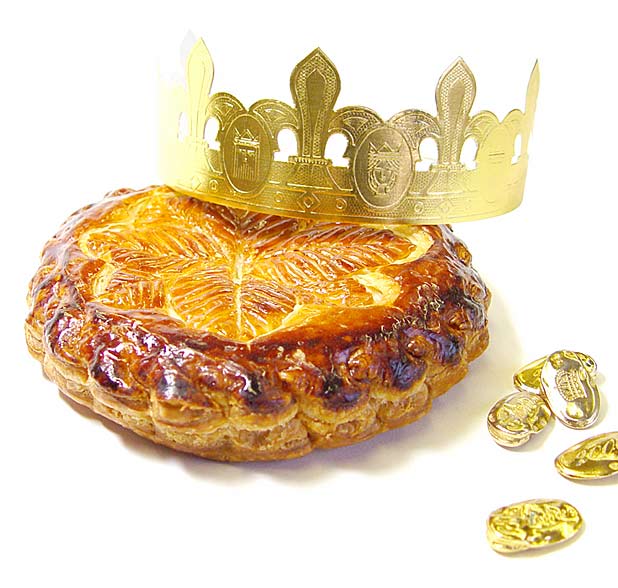 The French have a bit of a reputation for mistreating their royalty, but fortunately these days, it is more about cutting up cakes than carving up kings.

Look around the patisseries and supermarkets in France at the beginning of January, and you can’t miss the special ‘gateaux’ prepared for the Fête des Rois.

This French tradition of serving a frangipane filled tart known as the ‘galette des rois’ (or the ‘gateau des rois’ in the South of France) on, or around the 6th January, (the first Sunday of each New Year) actually dates back to the 14th century.

The festival takes place around Epiphany, the twelfth day of Christmas, when the wise men visited baby Jesus.

According to tradition, the ‘galette des rois’, was to “draw the kings” to the Epiphany. 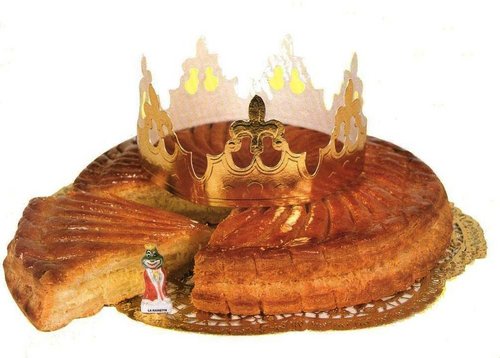 During the French Revolution, the name was replaced with ‘Gâteau de l’Égalité’ (equality cake), as the word ‘king’ was a little out of fashion!

Although a normal school and working day, La Fête des Rois is still very much a family tradition.

A ‘fève‘ (originally a bean but now tends to be a plastic trinket) is baked inside the cake and the cake is shared around the table. Whoever receives the fève is then crowned king or queen for the day and has the much coveted opportunity of bossing the rest of the family about! That same person can also choose someone to be their king or queen.

According to tradition, the cake should be cut into as many slices as there are people present, plus 1 extra.

This extra slice is called either, the ‘part du Bon Dieu‘ (God’s slice), the ‘part de la Vierge‘ (the Virgin Mary’s slice) or the ‘part du pauvre‘ (poor man’s slice) and should be offered to the first poor person who pops in!