Well, not le doggy bag exactly but ‘le gourmet bag,’ according to a new French law in 2017 designed to cut down food wastage in France – over a million tons a year from the restaurant industry alone!

But did it ever really take off?

Did you know that restaurants over a certain size, around 150 covers a day, are now obliged to provide some kind of doggy bag if asked.

A great initiative – but rather unfrench non? You are likely to get more than a few funny looks from other diners, as you scrape your boeuf bourguignon into your ‘gourmet bag,’ despite the posh name! (Doggy bag may not sound quite so classy, but it has an honest ring to it!)

The site is still around but it doesn’t seem to have moved much! It offers you tips to AVOID needing a doggy bag.

From ‘tout petit’ the French are told ‘finis ton assiette’ (eat everything on your plate) and in general, grow up less ‘picky’ than their anglo saxon neighbours. Easier too, when the custom is to ’saucer’ (wipe the plate clean with a slice of bread), and when french restaurant portions are rarely served in great mountains, as in the US where doggy bags were born.

And then, there’s the thorny issue of gastronomic pride. In a country renowned for its culinary excellence, some restaurant owners and chefs see the doggy bag as a slap in the face of their gourmet cuisine. Quelle insulte!

Others claim that they don’t wish to risk violating health codes, so would never think to offer.

But it’s all been cleared up now – c’est la loi!

So it’s a bit of a Mexican standoff! The customer is unused or embarrassed to ask because ‘ça ne se fait pas’ (it’s not done) and the restaurant owner doesn’t offer because he or she isn’t asked! (et ça ne se fait pas) 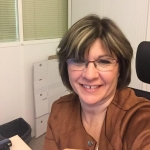 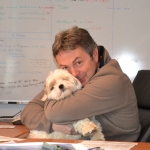