Between Sea and Mountains 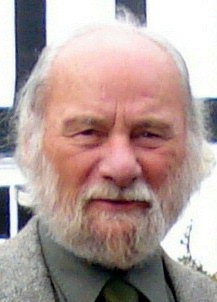 Raymond Hughes has lived for much of the past 20 years in Port-Vendres. Soon after his arrival, under the influence of his new surroundings, he began writing poems again, after a long unproductive period.

His bi-lingual book,  “Between Sea and Mountains”/ “Entre Mer et Montagnes”, by R L Hughes,  contains 21 of those poems, with French translations.

Most of the English versions have been published in literary magazines in the UK.

Here are a couple of seasonal tasters.

A long climb through the forest,
among the autumn hues
of chestnut, oak and beech – yellow,
russet, copper, golden brown –

and the dark green of the pines.
Then out onto the valley’s rim,
lip of a  bowl brimming with clouds
simulating snowfields.

From the valley floor
rise the sounds of hunting hounds
scenting sangliers  in patches
of  pawed and snouted soil.

Surrounded by its acolytes –
Tres Vents, Sept Hommes, Roc Negre
and Roja – the Canigou thrusts
its head  through a collar of cloud.

Smoke is rising from the bay:
men are building bonfires on the beach,
raising pyramids of brush and driftwood:
root and branch and twisted trunk of trees

wrenched up, dismembered, drowned,
picked clean by sea and surf and left
to moulder bone bare on the stony shore;
wrack of the last of last year’s storms

cast away by wind and wave and strewn
haphazardly across the beach,
now gathered up and stacked on pyres,
slyly probed by fingers of fire

that flare in sudden breaths of air
and fan out into flaming palms,
sparks flying wildly to expire
in the sunlit January sky,

then die away to smouldering ruins,
where charred remains disintegrate
and ash and embers disappear
among the shingle, shells and shards.