In collaboration with the ICP, the Argelès-sur-Mer Camp Memorial is showing some of the images described below  in an exceptional exhibition. From 1st September until 15th November 2021, visit the Galerie Marianne in Argelès Village to see  mostly unpublished prints, in the footsteps of Robert Capa and the forgotten army of the Retirada. 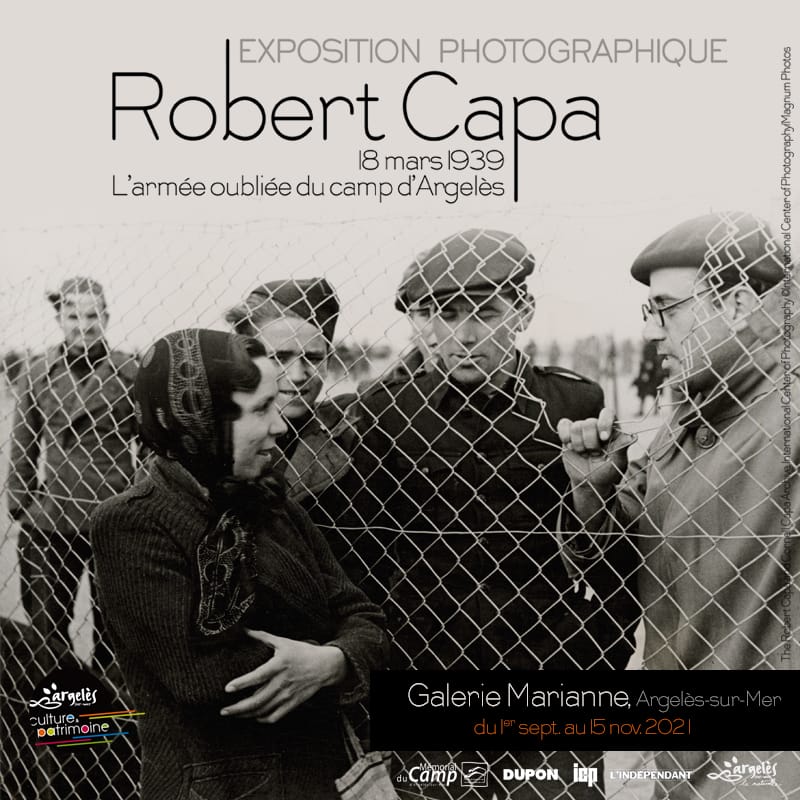 The Mexican Suitcase‘ describes the contents of three cardboard boxes of  4,500 35mm negatives of the Spanish Civil War by Robert Capa, Gerda Taro, and Chim (David Seymour). The three of them risked their lives to witness history in the making and show it to the world. 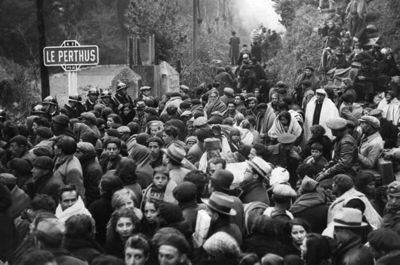 On 19 December 2007, three battered cardboard boxes were found intact in Mexico City and handed over to the International Centre of Photography in New York almost seventy years after they went missing in Vichy France.

Within these boxes the so-called Mexican Suitcase was a treasure trove of photographic history  lost since World War 2 and containing  some of the most important works of this trio of photographers. 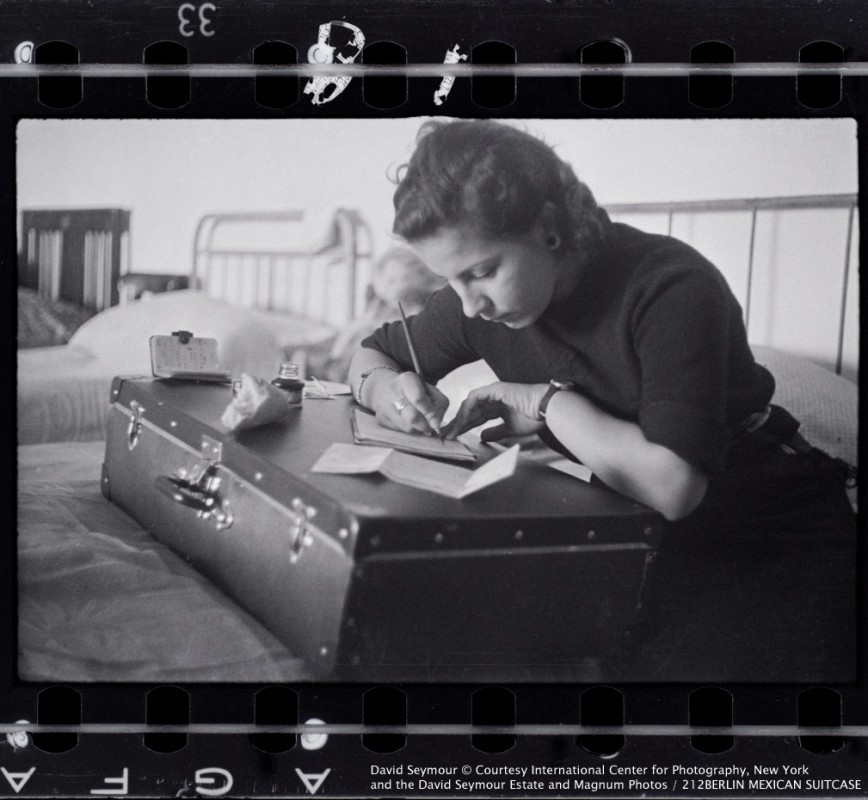 The negatives cover the Spanish Civil War from beginning to end: from Chim’s 1936 photographs of Madrid, shot  before the civil war began, to Taro’s slides of the Battle of Brunete in July of 1937, taken just before her death, to Capa’s March 1939 photographs of the Argelès and other internment camps for Republican exiles.