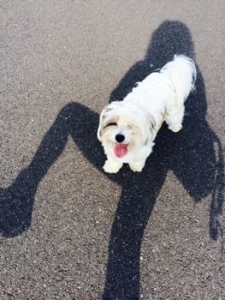 Wow! What an amazing September day! It totally puts August to shame! I’ve never been a big fan of august in the P-O, it somehow seems to be a bit of a tired and faded month, lacking the vivid colours of some of the other months – the bright green and deep purple of the vineyards in Autumn, the girly pink fluffiness of the cherry blossom in May followed by the mature red of the cherries in fruit, the stark and atmospheric brown of the bare vines in Winter against the backdrop of a snow-topped canigou and the beauty and fragility of the wild flowers in Spring and Autumn.

People in the shops and cafés are different too in August. More stressed, more hurried, less time to talk. The whole region takes on a different atmosphere and speeds up for those precious few months when the tourists bring in much needed revenue. Between ’fete’ and ’bal’ the P-O becomes a whirling hurricane of entertainment and restauration as it hurtles along its dizzy course towards the end of the season. The PO are still beautiful, but in a rather a faded way, as if they are waiting to shake off their Summer fashions and slide into fresh Autumn finery. 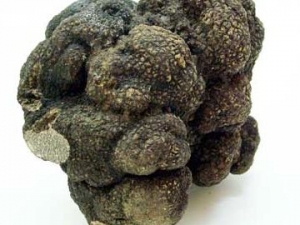 Noticed a fungus display in Auchan. Mushroom fever will soon be taking over the PO shops and supermarkets as cèpes and bolets, morilles, pleurotes and shiitake fill the shelves. I have never noticed ’truffes’ in the fresh fruit and veg part of the local Intermarché but at an average price of 500 – 550 euros a kilo, I could buy a pig and go snorting myself!

A smiling mushroom goes into a bar and orders a drink. The bartender says, ’I’m sorry sir, we don’t serve your kind here.’ The mushroom replies,’Why not? I’m a fun guy’. 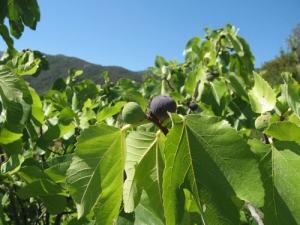 I don’t have any jokes about them, but how I love them. Some friends gave us some delicious ones from their tree last week, and I bought more at Céret market on Saturday.

We are also surrounded by wild fig trees which we pass and pluck on daily doggy walks, so pretty much going into fig overload – but don’t care – love ’em; Great too roasted with chicken and turkey, so versatile. Yeah, yeah.

A lovely morning, following a superb week and weekend, mauled for sun worshippers by a big, bad storm that shifted into full throttle yesterday evening – but passed over quickly, leaving the plants smiling and a satiated lawn sighing like a thirsty man raising his first pint to parched lips after a year in the dessert. A metaphor too far? Well, maybe!

it’s about time I introduced you to my hairy children, Haribo and Poppet. 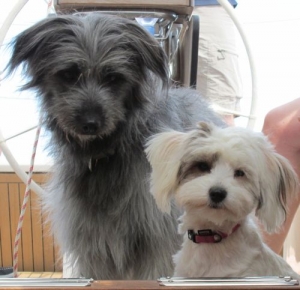 When we lost Bisou, our Pyrenean Shepherd, after nearly 15 years of unconditional love, it felt like the ground had opened and sucked all the life out of our home and garden. We missed her feel, her smell, her ever-presence…. To dog owners and pet lovers who have loved and lost, I know that I don’t need to explain that feeling. And it is accompanied by a sentiment of ’Cant go though that again’. But we can – and we should. An empty, un-animalled house for a pet lover is unnatural. You may feel that you are making life easier for the long term future but the love and licks that you’re missing out on right now makes up for all that 100 fold.

So meet ’the Kids.’
Haribo is one of the nicest natured dogs I know, a big friendly oaf, who knocks things and people over unashamedly, licks with gusto any human flesh he can get his tongue round, along with his own bum when he can reach it, and is a total softie…… and an absolute coward. Beware the hair dryer, Hoover, loud noises, boo to gooses, hose pipes, frogs, watering cans, stones being thrown, …..but he’s fine with storms and fireworks. Very odd? His nickname is Doctor Bobo, cos he gets very worried if you have a graze or a cut and tries to lick it better, in a very gentle, caring way. In France, there is an expression… ’La langue d’un chien vaut la main d’un médecin’ meaning better get your cuts and bruises licked by a dog than treated by a doctor. Hmmmmmm. I’ll leave you to make your own treatment decisions.

And then there’s Poppet. She’s a bit of a mix, some bichon, some terrier we guess, size of a Yorkshire but heart of a lion! Fearless and feisty, she is a white hairy mass of kisses and cuddles and is the cutest, cutest cutest. Friends refer to having ’Poppet therapy’ as she settles down on their knees, curls herself around their waist, and just goes to sleep. Sooooo restful, particularly compared to Haribo who is puffing and panting and shouting ’C’mon, c’mon, let’s get going, let’s run, let’s jump, let’s play’ all the time. Poppet however, has gender issues. She is regularly seen cocking her leg in imitation of Haribo, and has also been caught humping Haribo’s head. Course, he aint bovvad.