A study published in February this year by the Laboratoire d’Entomologie de Toulouse reveals that a sub-species of the common “social” wasp is far more intelligent than previously thought. These wasps have found an ingenious way to combat environmental change that threatens their survival – by using humans!

“Creatures are evolving and adapting all the time,” explains the study’s co-author Professor Avril Espadon. “Usually the process is very slow. However, Vespula mobilis, a sub-species of the European common wasp, appears to be evolving extraordinarily fast in response to the extinction of many plants on which it depends.” 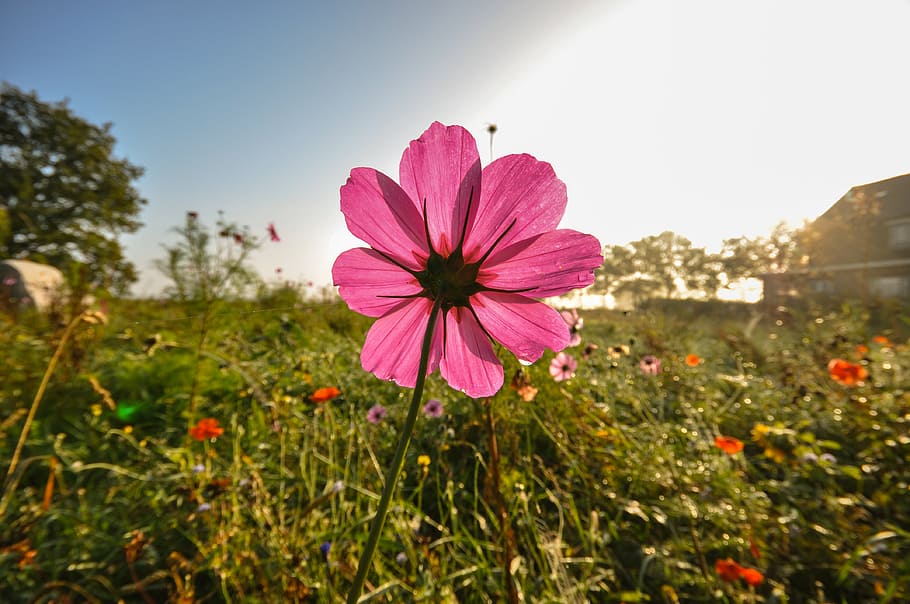 The study explains that wasps forage for nectar within a 1000m radius of their nest. Thanks, largely, to the use of pesticides and herbicides throughout Europe, 20% of plants that wasps used to feed on are now extinct. Bees, similarly affected, are in decline as a result, but some wasps have found a way of increasing their foraging range: by building mobile nests.

“We have identified a kind of Super Wasp,” says Prof. Espadon. “In appearance and size, it is no different from an ordinary wasp, but it is taking their longstanding ‘relationship’ with humans [barbecue invasion, nesting in loft spaces etc.] a step further.

Field experiments and surveys by the Laboratoire d’Entomologie in seven French départements in the last three years, show that Super Wasps are deliberately targeting vehicles, such as cars, lorries and caravans as nest sites. Some nests are relatively small (up to fifty “chambers”), and go unobserved by vehicle owners.”

It appears these Super Wasps have worked out that each time the vehicle is moved, they have an opportunity to forage in a new area that may comprise different plants. “We have calculated that this increases their chances of survival by 17.37% – which in wasp terms, is huge.

The queen always remains with the nest, and when she senses that it is about to move again, she releases a pheromone that signals to the other wasps to return. They fly faster than Vespula vulgaris.”

The study acknowledges that for us humans, the downside is, of course, that should these “mobile homes” be disturbed, the wasps will defend them aggressively.

Favourite spots are under the bonnet and inside wing mirrors, but here is one, early in the construction process, close to hinges in a car boot: 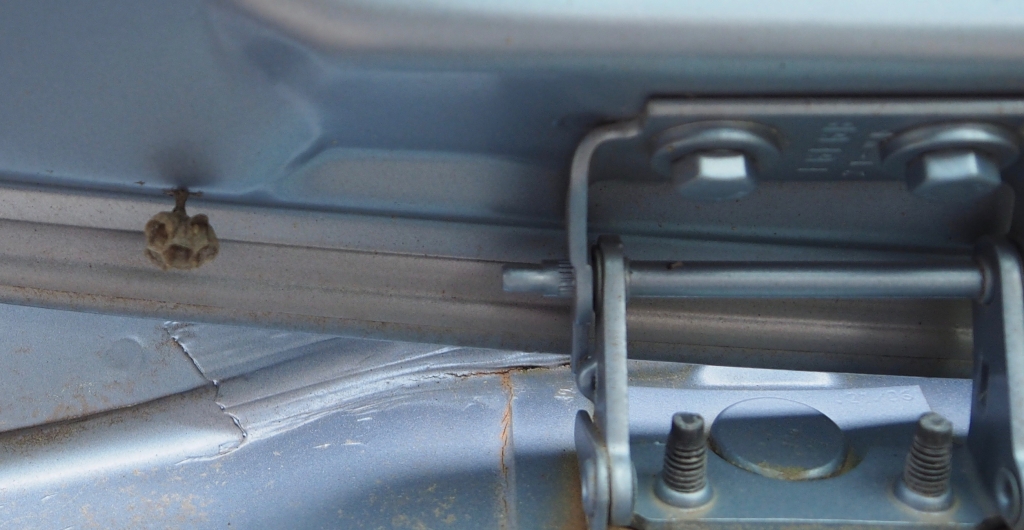 Only about six chambers have been created so far, but already an egg has been laid in each one: 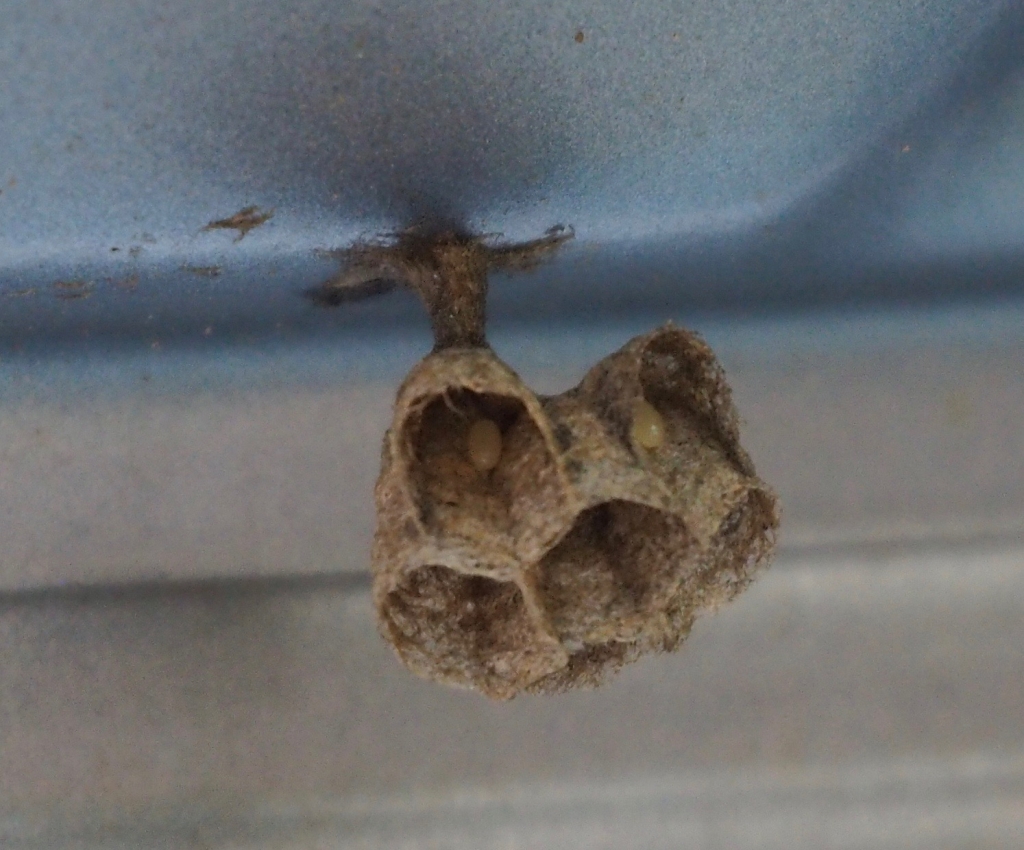 As the PO is in the study group, and spring is when new nests are started – you might want to check you don’t have any unwanted hitchhikers in your car!