A9 roadworks – a pain if you’re heading to Spain!

But for those of us thinking of heading down into Spain, that’s not all! There are also major roadworks to contend with as the region continues with its project of widening the A9 motorway. 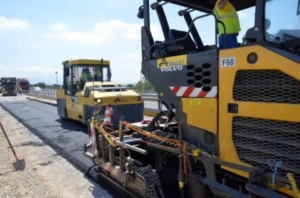 Improvement works are a response to the huge increase in traffic seen over the last decade, with up to 40,000 vehicles travelling along this stretch of road each day. But it’s certainly not a quick fix… work, mostly completed at night, is set to continue through to 2020!