I now have the scars to prove that bikes, Brits and baguettes do not mix, unlike the French who were born with the ability to cycle casually around the countryside while carrying up to half a dozen three foot loaves.

Having wobbled home on my bike after many sangria nights without incident, all it took was a trip to the boulangerie to buy a baguette yesterday morning for me to experience at first hand how the French medical system works.

First mistake was trying to negotiate a high pavement on the bike, second mistake was deciding to try to keep hold of the baguette at the first sign of tilt, third mistake was using my face to break my fall rather than my hands. 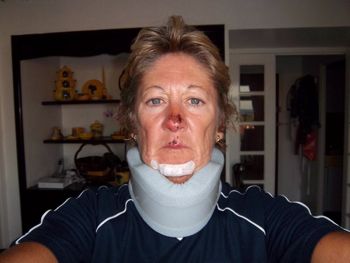 Until then I hadn’t realised that in France you must stop and offer help if you witness an accident.

(non assistance à personne en danger – Anyone who fails to help a person in danger can be found liable in a French Court, and fined or even imprisoned)

So from a sleepy street on a sleepy morning in a sleepy village, people arrived from everywhere.

Clearly the baker had tipped them off that a Brit on a bicycle had just bought a baguette so they hid in the trees waiting for the inevitable to happen.

There were people sorting out my bike, my ruck sack, discussing ‘Samus‘ (ambulances), offering tissues, making phone calls, talking too fast for me to understand in a dazed state, organising cars, while I sat on the pavement counting my teeth and trying unneccessarily to recall the correct past tense to say ‘I have just fallen off my bicycle’.

Finally someone prised the still intact baguette from my hands and a kind young man put me in his car (advising me to try to catch the blood rather than let it drip on his upholstery) and took me to my friends. But as I’d forgotten the French for left and right, in fact I was struggling in English at this point, the two minute trip took some time.

I turned up on Marie’s doorstep and I am still sorry for giving her a fright by looking like I’d gone 12 rounds with Mike Tyson. Not sure what protocol was at this point, Darren and Marie drove me to two doctors’ surgeries unsuccessfully.

Word of advice, if you’re going to have an accident in France, don’t do it at the beginning of everyone’s three hour lunch break. The third was also closed but had left the door open so Darren entered shouting ‘Bonjour, bonjour’. Fortunately when the doctor found us I was looking rather pathetic and bleeding on her reception floor, so her Hypocratic oath kicked in and she agreed to cancel her lunch break and deal with me.

Brilliant first aid overhaul. She tested for any obvious breaks with the standard ‘does that hurt?’. Language was not required as she was either answered with an ‘Ow!’ or a ‘Non’. Then (squeamish readers avert your eyes here) I had unfortunately chosen a gravel surface to land on, so she spent her lunch hour with tweezers and a sharp needle picking bits of dirt out of my face, hands, arms and legs.

I’d met this doctor on a couple of previous occasions when I’d required a medical certificate for a local sports team and she has never spoken a word of English to me. But this time, bless her cotton socks, she was clearly trying to help the situation by recalling her school-girl lessons and getting annoyed with herself when she couldn’t remember a particular word. So in a form of ‘Franglais’ we struggled through having to resort to lengthy descriptions of cars being rear-ended to convey ‘whip lash’.

We almost ‘high fived’ when I finally worked out that she wasn’t asking me ‘If I had ants’ – the literal translation for ‘Avez vous formis dans les jambes’ – but was in fact asking if I had pins and needles in my legs.

Next stop the Xray department. So armed with a letter and the doc’s phone call to prepare for our arrival, we headed off to the radiologie department. A clean, state-of-the art facility in Argeles’ industrial zone. After a short wait I was ushered in to the X ray room, had multiple images of nose, neck and face taken. A few minutes later, in fact I hadn’t even had time to put my ear rings back in, the dishy doctor arrives to tell me that ‘ce n’est pas grave, mais vous n’ etes pas tres belle’, which in any another circumstances I’d have taken offence at, but roughly translated seem to say ‘nothing was broken but you’re going to look like Shrek for the immediate future’. 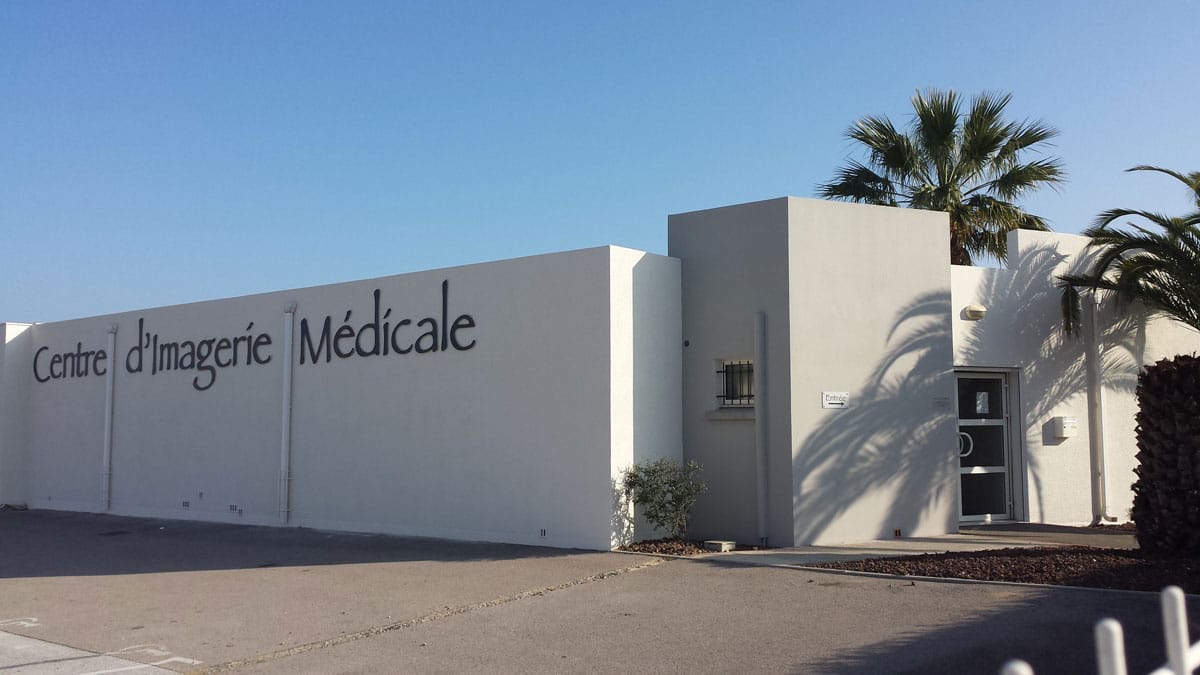 The other bit of paper from the docs was a prescription for every single item in the chemist, fortunately Darren has a people-carrier so we were able to fit it all in.

Off to the pharmacist, where I was fitted for a surgical collar (think I wore that for about two hours), lotions, potions and pills sufficient to stock a local Boots for a week. And again, a combination of Franglais and miming worthy of Marcel Marceau explained how I had to scrub wounds with one potion, disinfect them with another, protect them with a third, take pills against swelling, another set for nausea, another set to counter the side effects of one of the other lots, how to adjust the collar etc etc etc

Back home to administer liquid aesthetic, discuss the events and finally put the baguette to its proper use. My sincere thanks to Darren and Marie for running me around and helping out so much, and to Harry and Russell for sorting out my bike and making me laugh – even when it hurt.

Also, I was shown so much kindness by total strangers I met from the people who picked me up through to the medics.

Lesson I’ve learnt….obvious one – don’t try to balance a baguette on your handlebars while negotiating a steep pavement. My French next door neighbour came round later (word travels fast in our neighbourhood), to see how I was and explain that the correct way to carry a baguette when cycling is under one’s arm, not across the handlebars.

I guess a sweaty armpit flavoured baguette is always preferable to a broken nose in any language.