If you have a medical emergency in France… 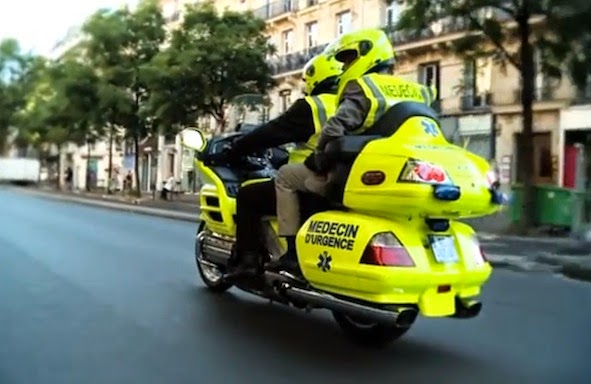 If you find yourself faced with a medical emergency in France, you will need to call SAMU on 15. SAMU is the French hospital based emergency medical service, providing round-the-clock phone support as well as swift and appropriate emergency call out. Dial 15 at any time if an emergency medical situation arises. They will: –

Most mobile phones can dial 112 calls even when the phone keyboard is locked or the phone is without a SIM card. The switchboard is able to transfer you directly to an English-speaking specialist in the emergency services who will identify the type of emergency based upon the information supplied.

This is a European helpline and can be called from any country in the EU. Some Member States (Denmark, Finland, the Netherlands, Portugal, Romania, Malta and Sweden) have introduced 112 as their main emergency number. In most countries however, including France and Britain, 112 operates alongside national emergency numbers.

In 1792, Dominique LARREY, Napoleon Bonaparte’s surgeon-in-chief used to treat casualties on the battle field in the hope of preventing complications such as gangrene. His principal methods were immobilisation, excision and, if necessary, amputations.

Subsequent wars have confirmed the importance of early treatment.

The SAMU was created in the 1960s when a group of doctors wished to redress the balance between the treatment a casualty received in hospital compared to the available treatment at a road accident or in a patient’s home. They recognised that a patient’s chances of survival increased the more quickly they were treated and decided that ‘on the spot’ measures were imperative.

Despite initial scepticism, the French Ministry of Transport contributed to the development of the first pilot Hospital Mobile Intensive Care Units (H-MICU) and since then the SAMU has gone from strength to strength.