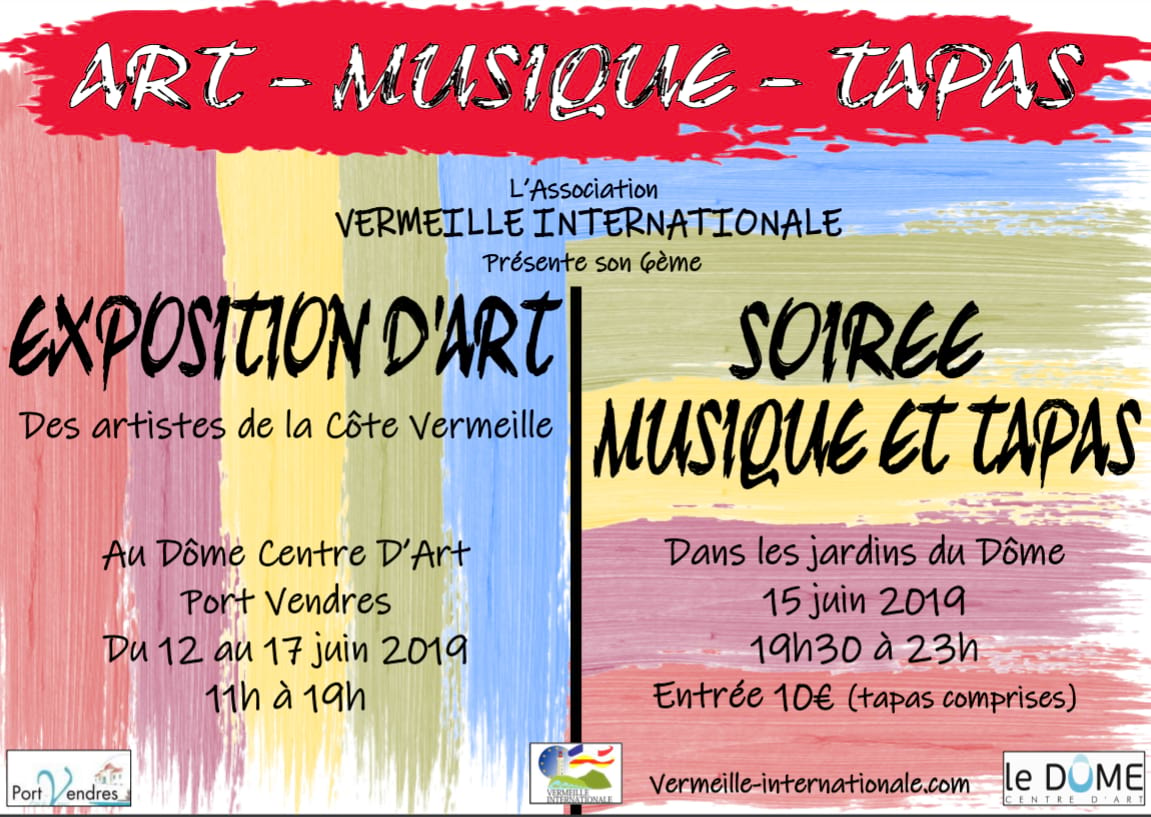 The sixth edition of the Exhibition of the artists of the Côte Vermeille will be held at the Dome in Port-Vendres from 12th to 17th June.

Vermeille Internationale is a not-for-profit association based in Port Vendres, whose mission statement reads: “Having a good time with friends, whilst raising money for good causes”.

Aiming to improve integration between international and French residents whilst supporting local and international charities, each year they organise an art exhibition in the Dôme, offering local artists from the Côte Vermeille an opportunity to showcase their work.

Open to all amateurs, this is an exceptional opportunity for local creatives to meet with the general public. Each artist can exhibit 1-4 pieces, meaning there is always a great variety of work on offer.

Every year there is an impressive range of styles, mediums and nationalities with over 18 countries represented within the association! Join them on Saturday 15th from 7.30pm to 11pm for an extra special evening viewing, accompanied by tapas and music (10€).

Further information, including registration forms for artists who would like to exhibit, can be found on the website.

From assemblies of legislatures that convene under them to zoological collections housed by them, domes signal unusual venues round the world.

France has many, including Le Dôme restaurant, an Art Déco masterpiece on the Left Bank in Paris, Le Dôme Théâtre in Albertville and the ultramodern Le Dôme entertainment centre in Marseille.

Though of lesser fame, Le Dôme in Port Vendres sets itself apart from its namesakes by having the most curious of dome histories.

Designed in the late 18th century by royal architect Charles de Wailly as one of the grand buildings contiguous with Place de l’Obélisque at the harbour, the neoclassical Le Dôme originally was meant to be a hotel for foreigners.

It must have done poorly at that, as in 1835, five years after Port Vendres became the principal port for dispatching soldiers and supplies to the French colony in Algeria, Le Dôme was given to the Army as a flat for the military governor of the adjoining barracks.

It fulfilled that role for some hundred years.

Partly destroyed during the Second World War, Le Dôme was restored afterwards as an art and culture centre. The restoration was visionary, as today Le Dôme offers a pallet of exhibitions, concerts and other cultural events, peaking in summer.

Inside, the chalk-white walls impart an aura of veneration to works displayed, and the lower-level garden facing l’Obélisque affords a splendid view of the harbour as well as superb acoustics for concerts held there.