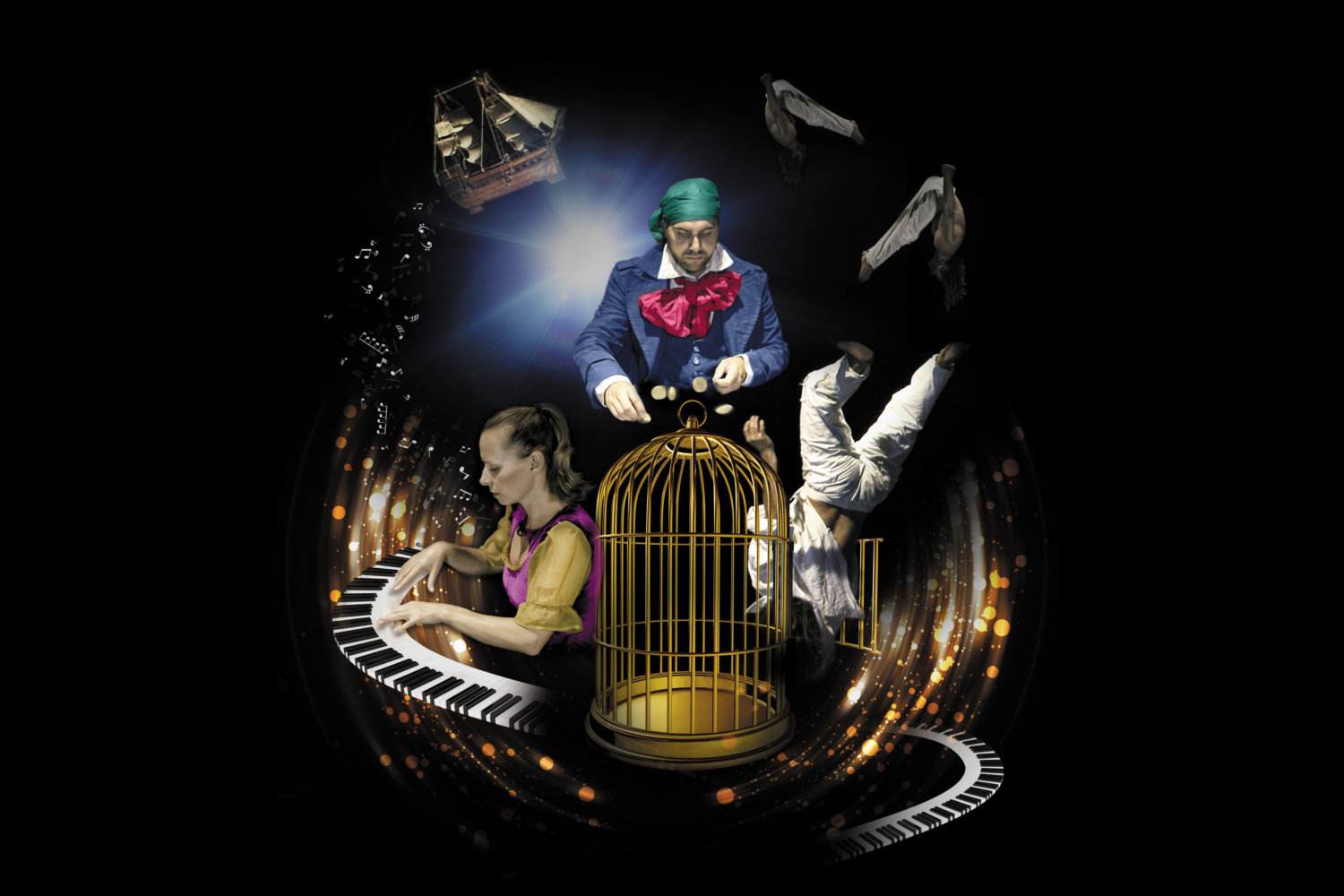 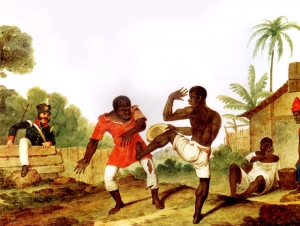 It is mid 19th century. A slave works for a rich landowner who lives with his only daughter.

The landowner is forcing his daughter to marry….but she is in love with the slave! We watch the development of their relationship through dance and music, based around three people…the master, the daughter, and the slave.

The performance concentrates on three themes; romance, the abolition of slavery and la capoeira, a Brazilian martial art that combines elements of dance, acrobatics, and music. Developed in Brazil, mainly by West African descendants with native Brazilian influences, beginning in the 16th century, it is known for quick and complex moves,  power, speed, kicks, and spins.