Moshe Feldenkrais was an Israeli physicist-engineer who used a radical, scientific probing of movement in order to examine a multitude of questions, from the practical details of everyday life, to psychology, medicine, love and morality.

He also contemplated on aesthetics, education, and religion.

The immense intellectual enterprise Feldenkrais undertook makes us appreciate how far the use of movement and physical concepts can take us when dealing with complex biological, psychological, social and philosophical issues.

Even today Feldenkrais’ method proves itself as a powerful and valuable way to understand the world from a fresh perspective.

Combining his dance experience and the Feldenkrais Method in workshops, Perpignan-based dancer and choreographer, Michel Casanovas, offers participants a space of creativity and self-discovery.

Through slow movement explorations from the Feldenkrais Method and variations of actions in a larger range, he leads people from functionality to a better quality of movement.

This first step can then become a new foundation for work in dance, improvisation and performing arts. It can also develop a heightened sense of awareness, to self and other, allowing you to find more spontaneous responses to life’s demands and interactions.

What is the Feldenkrais Method?

The Feldenkrais Method is a form of somatic (body) education, using gentle movement and directed attention to improve movement and enhance human potential.

This is achieved by expanding the self-image through movement sequences that bring attention to the parts of the self that are outside of our awareness.

The Method enables you to include more of yourself in your movements and obtain optimum value from every action.

It is well-known and widely used for pain-reduction and in the rehabilitation of orthopedic or neurological problems. It is also used to improve general well-being.

The Method is very simple to follow and there are no prerequisites in terms of fitness, size, shape, knowledge, awareness, etc. 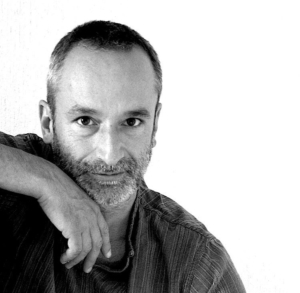 Born in Perpignan in 1965, Michel originally studied ballet, graduating from the Conservatoire de Toulouse in 1982.

He went on to study contemporary dance, release technique, contact improvisation and the Feldenkrais Method (2004-2006).

He now teaches regular group classes of ATM (awareness through movement) and, for participants interested in specific self- improvement, he works one-to-one on FI (Functional Integration).

Since 2006, he regularly teaches contemporary dance and the Feldenkrais Method in India, working in Bangalore, Bombay, Calcutta, Delhi and Pune…

With artists and performers from various fields, he organises and shares art residencies and performances.

In 2015, he started an organisation, ONA, in Collioure, to develop the creative and therapeutic aspects of the Feldenkrais Method.

ONA is a platform designed to bring together creatives from all fields, cultures and countries. In the spirit of exchange, by sharing information and knowledge, it aims to build respect for the best of all of us in this world.