SOMETHING FISHY…….?
Having trouble choosing your fish supper? Port Vendres Fish market, or the fish counters of major supermarkets as well as most fish shops will certainly have a few of the following fish,  with which you can vary your summer menus.

Fish is quick to cook and scrumptious when fresh so it is a shame not to take advantage of the many varieties on sale here in the Pyréneés-Orientales – and of course, it helps to know what you’re eating! Here is some useful vocabulary to help you choose your little fishy on a little dishy!
PS Be careful.  Really fresh fish should never smell too ’fishy’.

Most shellfish in our shops today will have already been prepared, but do make sure that you discard any with broken or closed shells or broken bodies and never overcook.. 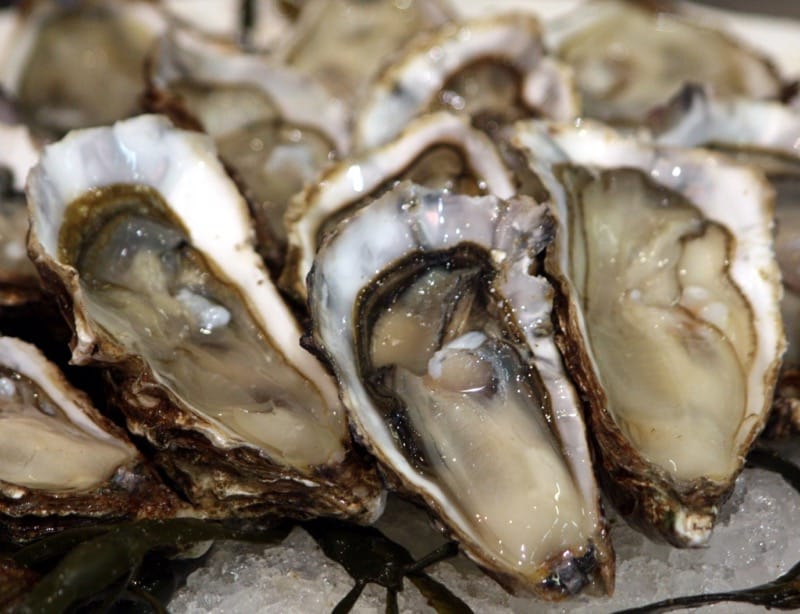 Les moules – mussels
Steamed or boiled, mussels need very little cooking, if you don’t want to end up with rubbery flesh. Discard any that fail to open fully.

Les torteaux – large crabs
Steam, boil or poach, but if you’re squeamish like me, better to buy already cooked, as crab is best cooked alive.

Langoustines – scampi
Boil in well-salted water for up to ten minutes. Pre-boiled langoustines should be reheated gently; or they will become tough. Grill with oil and garlic, or deep-fry in batter. 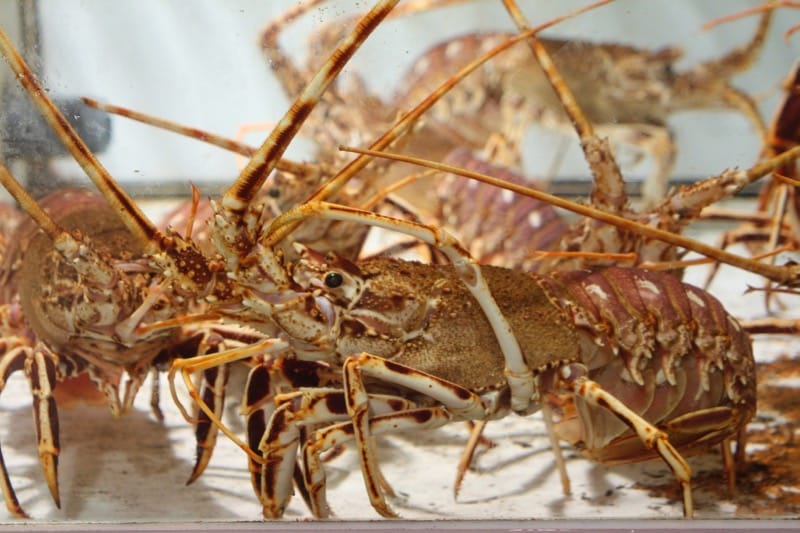 Les homards – lobsters
Cooked lobster can be served hot or cold and is delicious with melted butter, lemon juice or mayonnaise.

Les amandes – dog cockles
Like a small clam, with a sweet, almost almond flavour. Rather tough after cooking

Les violets de roche
A little like soft oysters with a pungent orange flesh which isn’t to everyone’s taste.

Les coques – cockles
Usually bought preserved in vinegar or brine so here’s your chance to try them fresh. Grill, sautèe or steam in their shells

Loup or Bar = Sea Bass
A coastal fish much prized by line fishermen. Firm-fleshed, not too many bones, it can be grilled, barbecued or baked in a court bouillon or en papillote. Delicious cooked in white wine or served with fresh herb sauce. It is a very popular fish in Turkey so middle eastern recipes work well…

Daurade  = Gilt-head Bream
It has a splash of gold on each cheek and is consecrated to Aphrodite. Perhaps because of its beauty or maybe because of its hermaphroditic tendencies. Who knows? In any case it is considered to be one of the best of the local fish. It holds its shape well and can be cooked whole, filleted or stuffed. Particularly good baked in white wine with mushrooms.

Galets  for which I could find no translation and which you can see in the water when snorkelling or paddling up to your knees, are bonier and less tasty than the Loup or Daurade. They are also cheaper and well worth trying fried, grilled or barbecued.

Rouget = red mullet
Much sought after, a jolly red fish that is usually cooked without cleaning. Just de-scale, drizzle some olive oil over it, a squeeze of lemon and fry, grill or bake in the oven. Do not steam or poach.

Espadon = swordfish
Steaks of swordfish are brilliant on the barbecue, can be grilled or baked or made into a stew. Versatile, firm, tasty, a useful alternative to fresh tuna.  (thon)