The poppy is a powerful and iconic symbol of remembrance in the UK, but did you know that the French have an equivalent, ‘Le Bleuet de France’, their own poignant reminder of the First World War? 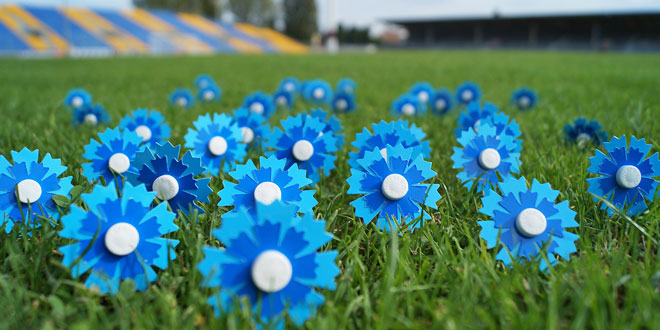 In ‘flowerspeak’, the ‘Bleuet’ or cornflower symbolises delicacy and innocence. It used to grow abundantly in France, and, like the poppy, was often the only sign of life, and colour amidst the mud and desolation of WW1 . It was also used to describe fresh, young soldiers of WW1, whose bright blue uniforms initially stood out in sharp contrast to the grey and muddy misery of the trenches.

In 1928, French President Gaston Doumergue publicly gave his support to the Bleuet, and in 1935, the sale of the Bleuets on Remembrance Day finally became official throughout France. 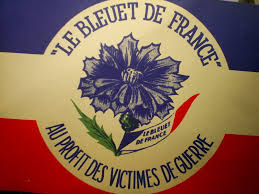 The symbolic poppy is well known in France, mainly thanks to British footballers and celebs who are spotted wearing them throughout November. Le Bleuet however is unknown internationally and little known amongst the younger French generation.

Maybe it will never become high profile like the poppy in Britain, but it nevertheless continues to support veterans and their families. Look out for Le Bleuet de France on November 11th, the only day it is sold, and pin a cornflower next to your poppy.

YOU CAN NOW BUY YOUR BLEUET ON LINE HERE

A popular poem by Alphonse Bourgoin, written in 1916 goes….

THE ORIGINS OF POPPY DAY