After summer’s blistering heat and suffocating crowds, it’s time to come up for air at the St Ferréol hermitage where the view changes around every corner of its tree-filled grounds. Walk one way and you’ll see the Pyrenees melt into a Matisse-blue sea, go through the old stone gateway and Mount Canigou and entourage wearing their capes of early snow dominate the mountainscape. Stroll a little further and you’ll be looking into the disappearing depth of the Tech valley. This haven of peace is just ten minutes from Céret and the perfect picnic spot for a crisp autumn day. (See inset for directions.)

Back in the 4th century, Ferréol, a Roman officer, was thrown into prison after trying to protect a fellow Christian. The intrepid military man escaped but was quickly recaptured and brutally beheaded. The Catholic Church declared him a saint and some of his relics are now inside two busts of the saint that have been in the St Ferréol chapel since the 18th century. 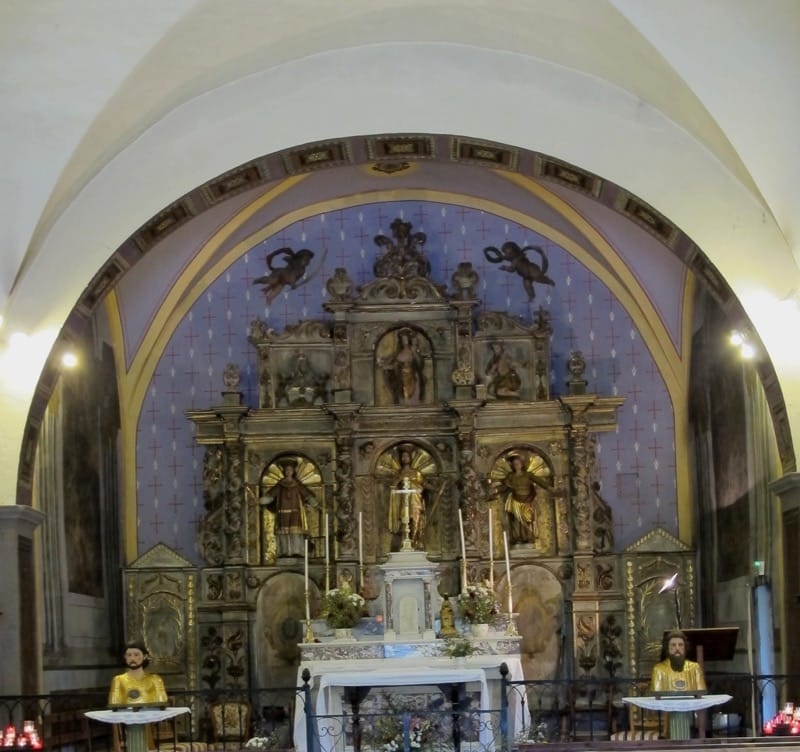 In the 1650’s, the plague was decimating the people of Céret. Legend has it that because prayers to St Pierre, the town’s patron saint, went unheard, desperate locals turned to Saint Ferréol. The epidemic stopped, a miracle was declared, and St. Ferréol has been Céret’s unofficial second patron saint ever since.

Four centuries later, pilgrims still walk up to the hermitage on 18 September every year, the day of St Ferréol’s execution, for a day of thanksgiving and festivities in true Catalan style: prayer, dance, barbecue and wine.

A history of gratitude

The humble chapel is unassuming but worth a visit. In one of the alcoves, you’ll find wooden crutches huddled together as if in prayer. Some are over a hundred years old, with threadbare padding and worn-through handles. Called ex-votos, they are gifts left as a tokens of gratitude for prayers answered. Stand still for a moment and imagine mothers with heads bowed over sickly babies, fisherwomen fretting for men in stormy seas and soldiers begging to outlive their injuries. The custom back then was to leave a gift or a thank you. The wealthy etched their gratitude on costly marble but the poor scratched their merci directly onto the altar. 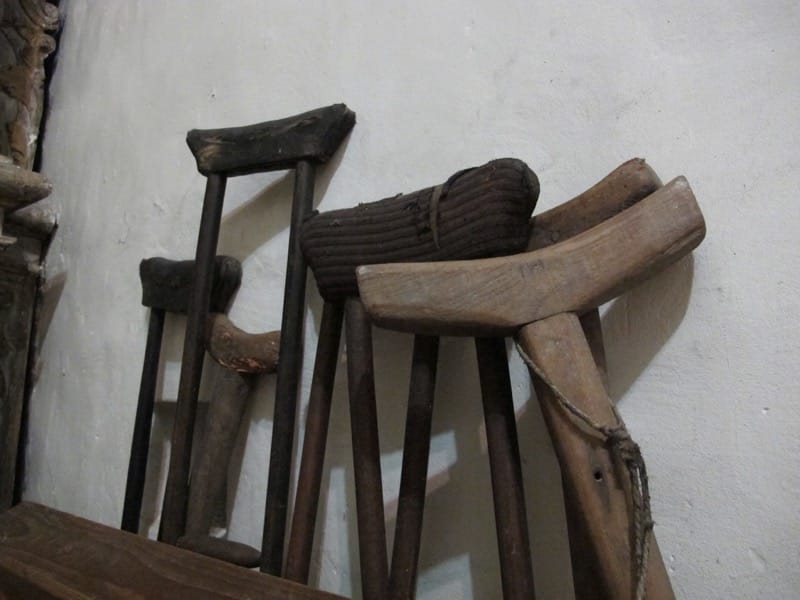 The grounds of the hermitage are picnic heaven. Throw down a blanket on one of the many terraces or straddle the old ramparts, there is room for everyone. Lots of open ground for children to run wild and for dogs to chase balls, but also many quiet corners if you’re à deux. Wherever you choose to picnic, when you open your bottle of Rivesaltes Ambré, your views will be breathtaking.

Read Katja’s latest book, An Elephant in my Kitchen – the bestselling memoirs of a Frenchwoman living in the middle of nowhere in Africa.  Available on Amazon

Prayers to St Ferréol coincided with the end of an epidemic that was decimating the local population so the saint has held a special place in the hearts of Cérétans for 400 years.

Every year on 18 September, lanterns and candles swing from the hands of pilgrims at dawn as they follow the path of their ancestors up to the hermitage to commemorate Saint Ferréol. The day starts at 5 am at the Pont du Diable, followed by dawn mass at 6 am up at the St. Ferréol chapel, and rolls out with late morning dancing, lunch under the trees (phone Céret tourist office to book on 04 68 87 00 53), and the day ends with Sardanes festivities in the afternoon.

Are relics really the bones of saints?

Relics are the bones, ashes, clothing or personal possessions of a holy person held in reverence by the church and usually linked to miraculous healing or other divine acts.

From what is known about this early custom, the saint’s skeleton would be divided between churches. This meant that a skull would end up in one place, a foot in another, an arm elsewhere, resulting in many churches legitimately being able claim that they have relics of the same saint – a powerful draw card.

 From Céret centre, cross the Tech River on Avenue des Aspres and turn left into the D615 to Oms and Llauro.

 After about ten minutes on this winding road, follow signs to Hermitage St Ferréol, perched on the hill on your right.