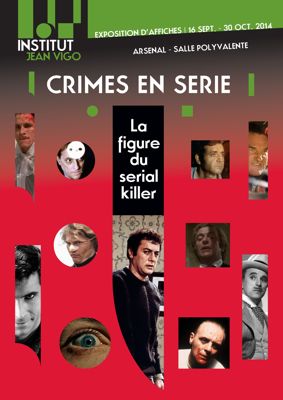 The Institut Jean Vigo boasts the third largest collection of cinema posters in France. This collection of more than 60,000 posters and 100,000 photographs related to the cinema has never been made public before but now, at the beginning of each season, there will be a themed exhibition of these treasures.

When Robert Ressler,  FBI agent, first used the words “serial killer” in the early 70s to describe a type of crime, he could never have guessed that it would become one of the ‘buzzwords’ of the future. Literature, cinema, video games, television … fiction devoted to this type of murderer are legion. Cinema posters of Jack the Ripper, Hannibal Lecter, Norman Bates and other “monsters” who , despicable as they may be, appeal to all our  voyeuristic insticts.