One of the ‘Five Sons of Carcassonne‘, the Château de Puilaurens rises high above the village and the valley of the Boulzane. A noble and fairytale castle, it is easily accessible as long as you don’t mind a bit of a shaded climb (20 – 30 minutes) from the car-park.

The area is rich with evidence of human habitation since Palaeolithic times and “Mont Ardu”,  the old name of the mountain on which the castle stands, appears on a map dated 958. It was used by the Cathars for refuge in 1245/46 and, as with the other “sons of Carcassonne”, was one of the main border defences and setting for endless bloody battles between the French and the Spanish. 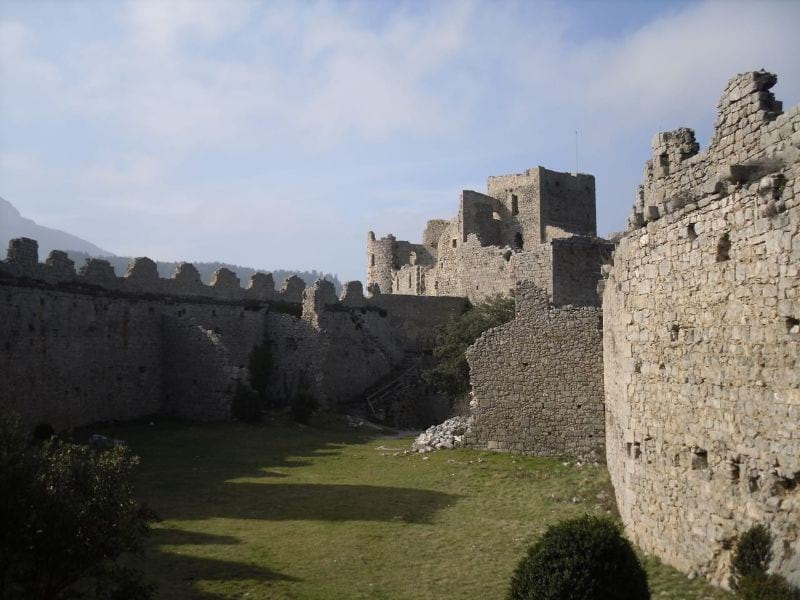 After the border changed it was maintained for a while by a feeble garrison of veterans before falling into disrepair and disuse. Now the castle is cared for and fascinating to visit.

Arriving at the foot of the castle, fortified steps zigzag upwards towards the ramparts and towers at the top. The zigzagged system was specifically designed to defend access.

Through the vaulted gate into the main courtyard, the fortress is well preserved and the ramparts look down over steep cliffs and magnificent views.

In the castle keep and dungeon, narrow, winding corridors and ‘secret’ passages will delight the kids.

The Square Tower dates from the time of the Crusade against the Cathars. The so- called “White Lady” Tower, where Blanche de Bourbon, granddaughter of Philip IV, was reputed to have stayed on her way south to her ill-fated marriage with the cruel Peter of Castile, has a duct through the wall that acts as a speaking tube.

Aged just fourteen in 1353, after three days of marriage, Peter abandoned her in favour of Maria de Padilla, imprisoning poor Blanche in various places in France and Spain, until the age of twenty two, when he had her murdered. Legend has it that  when mists surround the castle,  Blanche is wandering the walls in her misty veils. 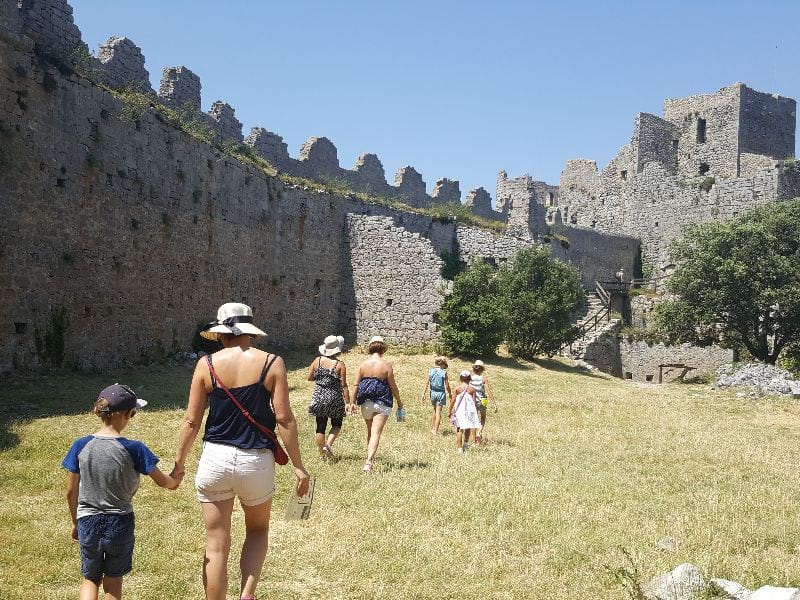 One can only hope she made good use of her speaking tube and enjoyed the marvellous views over the village, the 1904 railway viaduct and the Forest of Fanges from the battlements.