A 38 year old Rumanian lorry driver was sentenced to 4 years in prison, for drug smuggling. Customs officers at Le Boulou found nothing untoward in a search of the trailer of his lorry, but in the cab found that he was using 212kg of cannabis resin as a comfortable mattress. The retail value of this haul would have been up to 2 million euros. The man was also fined 424,000€

For as yet unknown reasons, a delivery van crashed into the back of a large lorry, travelling on the D914 between Perpignan and Argelès-sur-Mer last Thursday. Traffic was diverted via Théza while rescuers attempted to extricate the 26 year old driver, who sadly died at the scene.

On Sunday morning the road between Perpignan and Argeles-sur-Mer was closed again due to a major accident. At 5am a 22 year old young woman from Argelès lost control of her vehicle and hit the central roadblocks. While her car was immobile it was then hit by a second car. The young lady is in a coma in Perpignan hospital and the shocked young man (a 22 year old from St Cyprien) was slightly injured.

A 51 year old man and his 21 year old son were rushed to hospital on Friday, having been stabbed by the eldest son of the family, aged 25. The family are said to be well-known in the town and are described as “nice, discreet, without history”. Police are still investigating.

One of the Gilet-Jaune protestors who stormed the Courthouse in January found himself there again last week – but this time in front of the judge. 44 year old Peruvian Anthony Righi, who seems to make a career out of protesting, was accused of punching a police officer. In his defence he stated that when confronted with a policeman with a baton he put his hand to his head to defend himself and that is when his hand just might have touched the policeman. The real incident was caught on video and broadcast on the internet so the judge convicted him.

No funny story this week but something to think about if ever you get on the wrong side of the law. The authorities have published information on weapons held by officers in the department, and unsurprisingly, numbers are on the increase. Thuir is the latest town to be allowed Tasers – so they now number in the 59 Tasers held in the P-O. 381 municipal police officers carry a weapon – the vast majority have tear-gas or batons, while 268 semi-automatic pistols are in circulation. More rare are Flashball guns (which I assume do exactly what it says on the tin?). Permits have been issued for their use in Le Barcarès, there are 12 in Perpignan and 2 in Le Soler (where, in the 8 years since the permit was issued, no arm or weapon has been used). 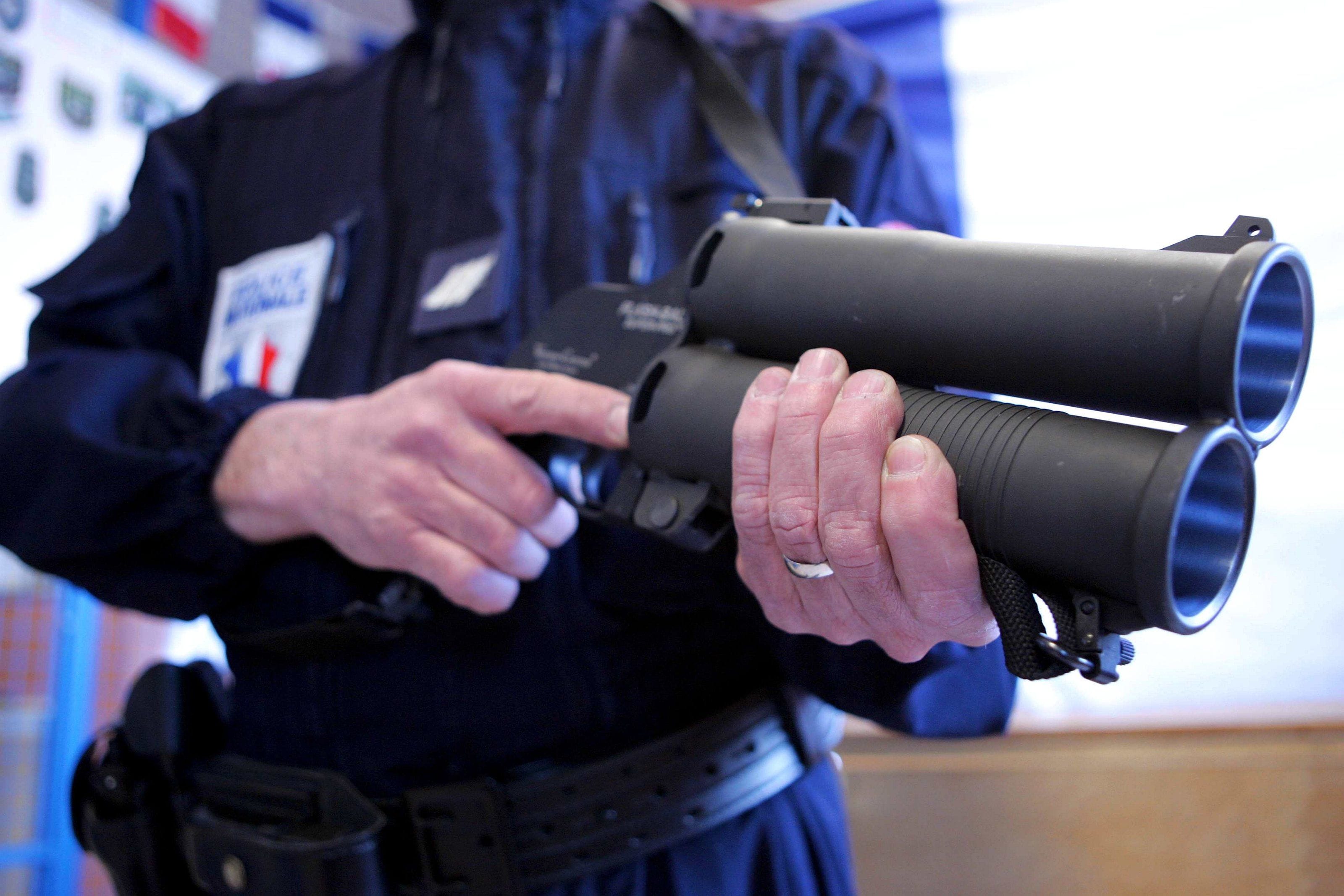