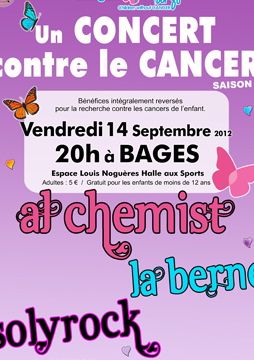 In June 2010, after a couageous battle against a brain tumour,   Margaux, 14 years old of Bages  became a twinkling star in the sky.

This concert in homage to the brave young girl, will take place on Friday 14th September at the sports hall in Bages, beginning at 21h. All proceeds will go to the ‘Etoile de Martin’ charity for cancer research.

Live music and dancing with:

A GOOD NIGHT AND A GREAT CAUSE