The Avion war memorial at Port Vendres quotes the now legendary tribute from Winston Churchill to the heroic pilots and aircrews who, from June to October 1940 fought the Battle of Britain.

“Never in the field of human conflict, has so much been owed by so many to so few.” 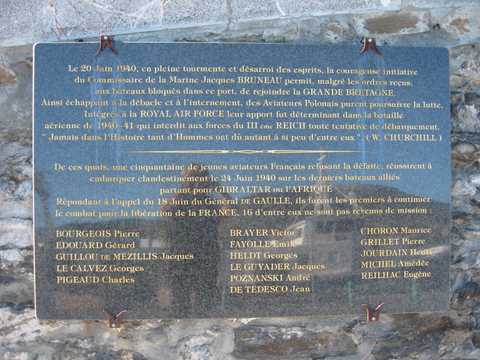 Among the names of sixteen courageous young French pilots remembered on the memorial, all of whom escaped to England on 20th June 1940 to continue the fight against Nazi Germany, two experienced pilots were immediately thrown back into action. 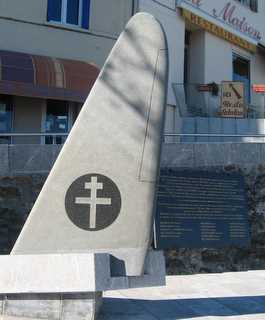 Maurice Choron failed to return from an offensive sweep over occupied France on 10 April 1942.

His body was never found.

Emile Fayolle joined the first Free French fighter Squadron No. 340. On 19 August 1942, while leading the Squadron, he was lost giving air cover during the epic raid on Dieppe.

In 1998 – 56 years later – his wrecked Spitfire was discovered on the seabed. The remains of an hitherto unknown airman were genetically proven to be Fayolle. He is buried in St Aubin cemetery by the Dieppe road.

Today in London, close to Westminster Bridge, a magnificent memorial unveiled in 2005 honours all the participants, from over a dozen countries, of that first great air battle.

Listed in the French panel are Maurice Choron and Emile Fayolle, two of the immortal “Few.”

*Squadron Leader Peter Townsend DSO DFC (Bar), served after World War Two as an Aide de Camp to King George VI. Townsend became the first love of Princess Margaret, but they were unable to marry due to his being divorced. Townsend became an author and moved to France. He died in the 1990’s.