An annual event to delight opera fans,  the association ‘Les Amis d’Alain Marinaro’  will first host  a master class in singing from July 22 to August 3 at the Music School of Argelès-sur-Mer followed by three operas at the Jaurès cinema. 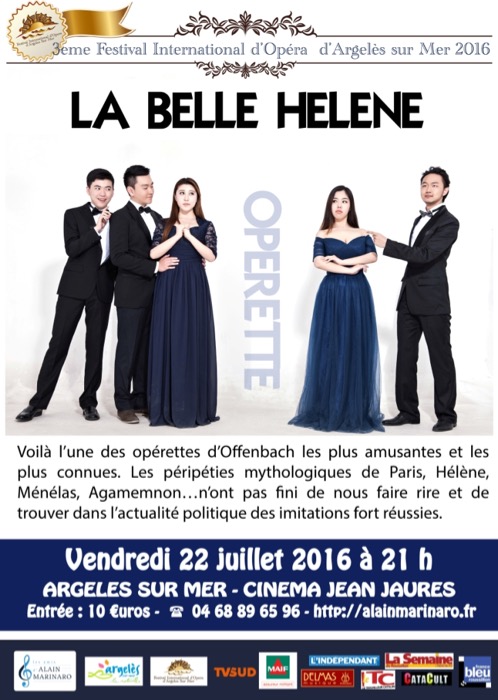 Suggested by Chinese baritone Heng Shi, artistic director of the Opéra Comique in Shanghai. With a solid reputation in China, he was able to select fifty trainees and professionals.

Three concerts are scheduled to Argelès-sur-Mer,

This comic opera in three acts is one of the most famous works of Jacques Offenbach (1819-1880).
It will be performed by Véronique Chevallier (soprano), Romain Pascal (tenor) and Shi Heng (baritone). Yue Wu will accompany on piano.
Admission: 10 euros.

The Marriage of Figaro opera bouffe in 4 acts by Wolfgang Amadeus Mozart on 30th and 31st July at 21h at the espace Jean-Carrère.