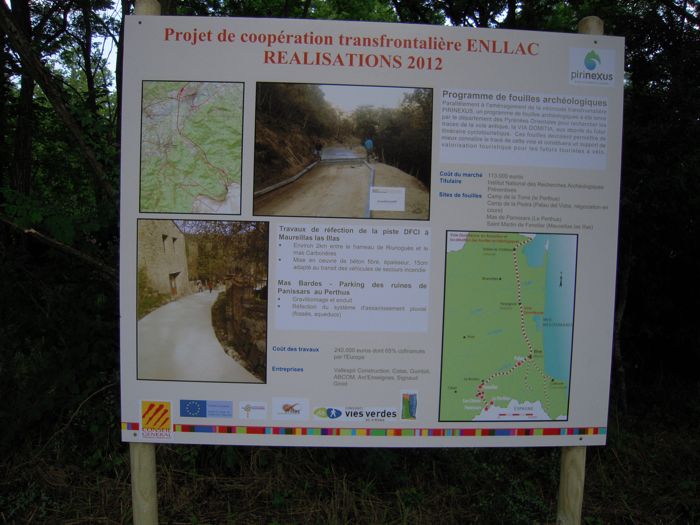 You are invited to be present at an archaeological dig, which will take place this weekend in the field next to the pre-romanesque chapel of Saint Martin de Fenollar, off the Le Boulou – Le Perthus road in Maureillas.

The dig expects to uncover ancient tombs, remains of walls and other relics of the Via Dolmitia. Just turn up. Archeologists will be on hand to give explanations and guided tours.

The pre-Romanesque chapel dating from 844 was once entirely covered in frescoes,  which are now considered to be the most important  of Romanesque wall paintings in Roussillon.

Today, only those of the apse remain, representing the mystery of Incarnation, Annunciation, Nativity and the travels of the Three kings. The vault is depicted with a Christ in Majesty surrounded by the Evangelists, an expressiveness of faces and  rich, warm colours which inspired inspired artists such as Braque and Picasso.

For this weekend only, entrance will be free from 14h on both Saturday and Sunday.