Argeles Village will be buzzing from 13th to 17th August.

Opening the three day market and braderie  in  the heart of the village  on Tuesday, August 13 from 21h30, there will be three free concerts and dances.

Listen to ‘Pill’s’ ,  pop/rock band in the Avenue de la liberation, boogie down at the retro ball in 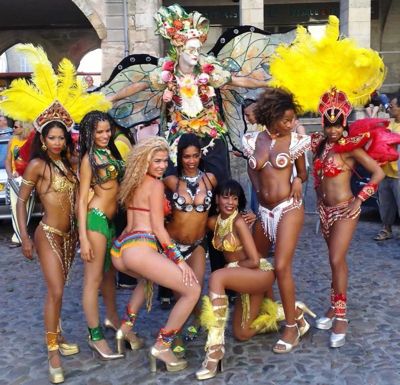 the Place de la Republique, or try a bit of funk, reggae and pop with “Better than you ex”  in the place Gambetta. These bands were to originally perform for the Fête de la Musique, which was cancelled due to poor weather.

There will also be a fireworks display set off from the village steeple  from 23 h.

On the Friday 16th from 9h to 13h, samba along with the batucada Kalimbao, brasilian dancers in the streets of the market and on the Saturday 17th, don’t miss   Haeva i Tahiti, Polynesian dance troupe who will whisk you away to an island of dreams.