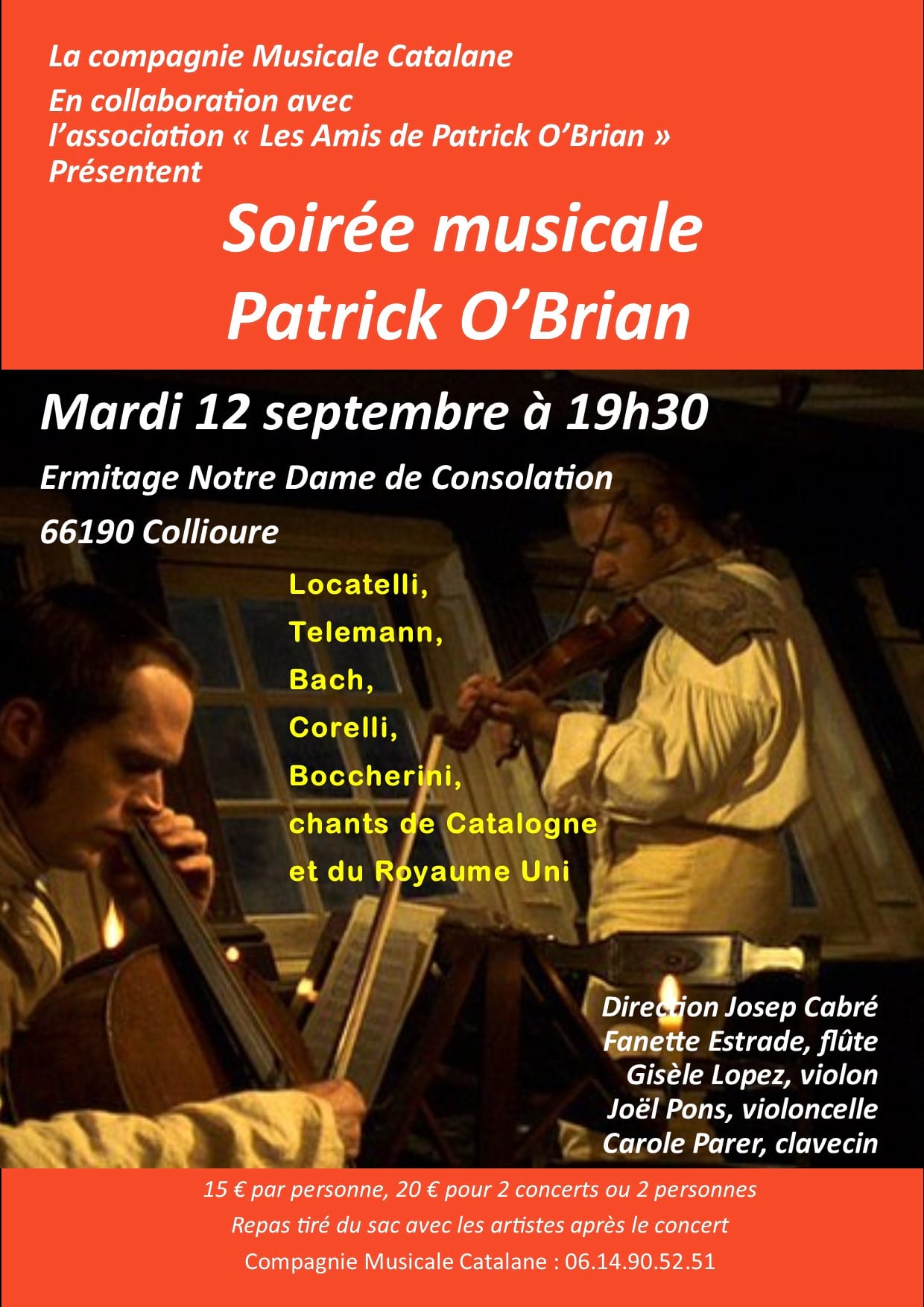 Les Amis de Patrick O’Brian and La Compagnie Musicale Catalane invite you to a musical evening followed by potluck supper in the garden of the hermitage of Consolation.

On Tuesday 12th September at 7:30 pm, the Compagnie Musicale Catalane, in collaboration with the association les Amis de Patrick O’Brian, presents an evening of music dear to O’Brian and referred to in his Aubrey-Mathurin series of naval adventures.

Works by: Locatelli, Telemann, Bach, Corelli, Boccherini and songs from Catalonia and the United Kingdom

You are invited to stay for supper with the artists after the concert. Please bring a dish to share.

Richard Patrick Russ, under the Irish pseudonym, Partick O’Brian was a British writer, biographer and translator.

Born in Chalfont St Peter, Buckighamshire, in 1914, he moved to Collioure with his second wife, Mary, after the Second World War in 1949.

In 1969 he published the now well-known Master and Commander, which would go on to be the first of a 20-novel series set during the Napoleonic War.

O’Brian worked on this series until his death in 2000. He and Mary are both buried in Collioure.