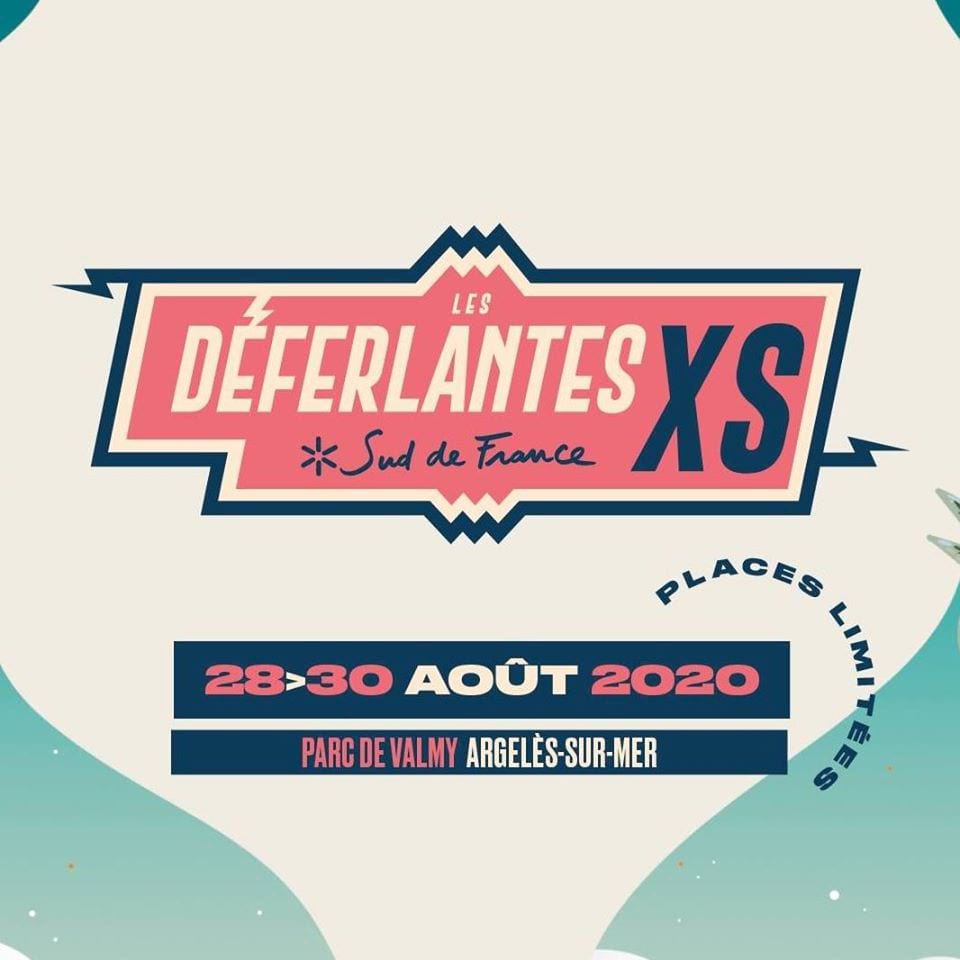 Organisers have decided to cancel this event. Tickets are not transferable to next year’s event. Contact the booking office for refunds.

Les Déferlantes – breaking waves or surf
(and in this case, breaking news!)

Following the Covid 19 crisis, the 2020 Déferlantes was cancelled, much to the disappointment of organisers and festival-goers alike.

We can now inform you that an XS version of the event will in fact go ahead, at the end of August. HURRAY!

Over the UK bank holiday weekend (28th – 30th August), head to the Parc de Valmy in Argelès-sur-Mer for three days of music under the Catalan sun.

The ticket office is now open and with numbers strictly limited to 4500, tickets are sure to sell like hot cakes. Avoid disappointment and secure your place at the summer’s hottest XS festival now.

As you drive along the voie rapide between Argelès and Collioure, the Disneyesque turrets of the Château de Valmy rise out of the vineyards like a fairytale.

When Joseph Bardou made his fortune from the invention of JOB cigarette papers, his son Pierre commissioned the Danish Architect Viggo Dorph-Petersen, well known for his extravagant Belle Epoque style, to build a château for each of his three children.

For his son Justin, Chateau d’Aubiry in Céret, for his daughter Camille, Chateau Ducup St Paul in Perpignan, and for his daughter Jeanne, recently married to Jules Pams, Château de Valmy. Her portrait hangs today in the salon on the first floor.

Jules Pams became French Minister of Agriculture and the wines of Valmy graced the tables of royalty. Jules and Jeanne died leaving no heirs. In 1930, Victor Piex, a wealthy distiller, bought the château, and the domaine prospered.

After his death in 1952, deserted by children and grandchildren, the once magnificent property started to deteriorate… empty rooms, leaking roof…..

In 1997, Victor Peix’s grandson and family took up the challenge, breathing new life into vineyards and château.

The Château de Valmy was turned into a chic guest house, peaceful, and picturesque, with five gracious en suite rooms, looking out across the vines and down to the sea. 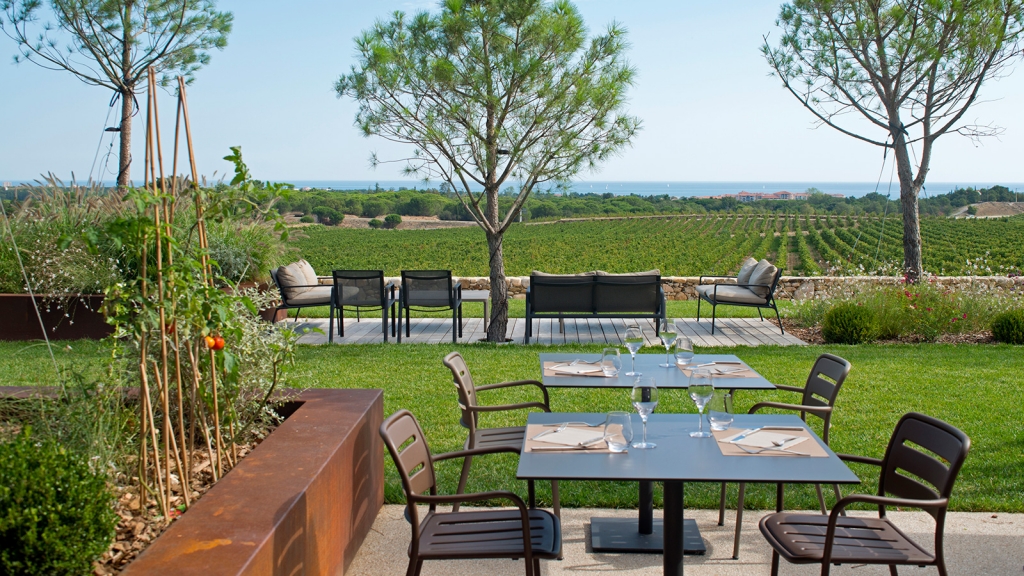 A smart new tasting ‘cave’ opened in 2013, with endless views over the perfectly manicured vineyards. The range of Valmy wines runs from a delicate white, vinified in oak barrels, through rosé, a range of reds to l’Or de Valmy, a beautifully balanced naturally sweet wine.

Taste in the cave before choosing wine with your meal, because in 2014, La Table de Valmy opened its doors, stylish restaurant, showcase for Valmy wines, and reviewed in the last edition of P-O Life. ‘Taken as a complete package, the location, the view, the wine, the food and the general ambiance, we thought it was terrific’, wrote the reviewer.

And really, dining on that pretty terrace with spectacular views over the vines and the sea – well, what’s not to like?

But there’s more to Valmy than wine and food.
Whilst the Chateau and vineyards are still owned by descendants of Victor Peix, six hectares of land within the grounds are owned by the Commune of Argelès, free and open for the public to stroll through and enjoy.

This council run park with café, play and picnic area, nature trails, fountains and waterfall is all rather less chic than the immaculate new facilities of the cave and restaurant, but it’s a pleasant ramble, great for the kids……oh, and did I already mention the views?

Enjoy the impressive family of storks living in the park or spend a magical hour with the charming falconers of the Aigles de Valmy (www.lesaiglesdevalmy.com) watching this spectacular show of birds of prey in free flight. Sadly, due to financial constraints, this could be their last year. 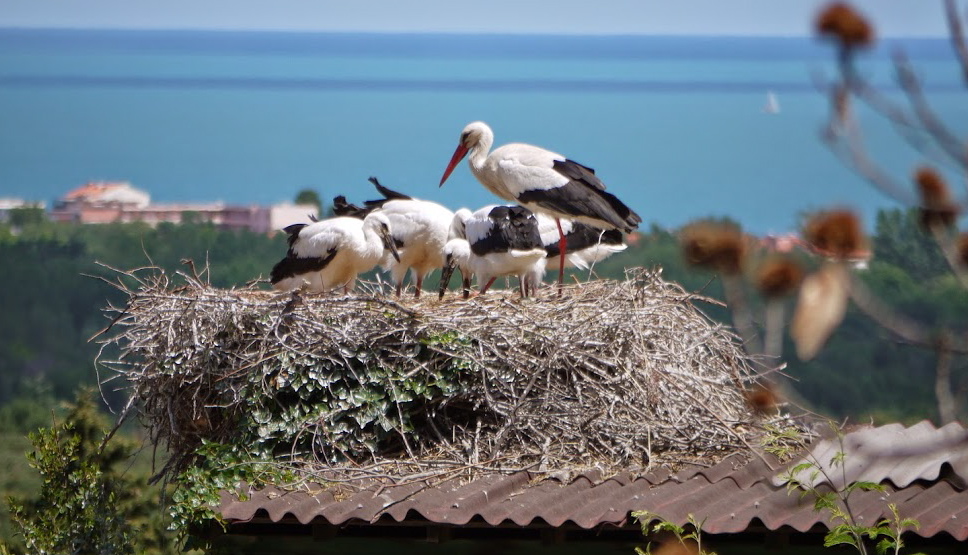 On the first floor, next to the entrance to the park, you will find a small but rather fascinating exhibition of the Retirada, and the internment on the beaches of Argelès of 200,000 Republicans fleeing the Franco regime in 1939.

Open all year round, this permanent exhibition explains the Spanish Civil war via ancient newspaper clippings and other media from that period, along with historical frescos, television documentaries and works of art showing the pitiful living conditions in the camp.